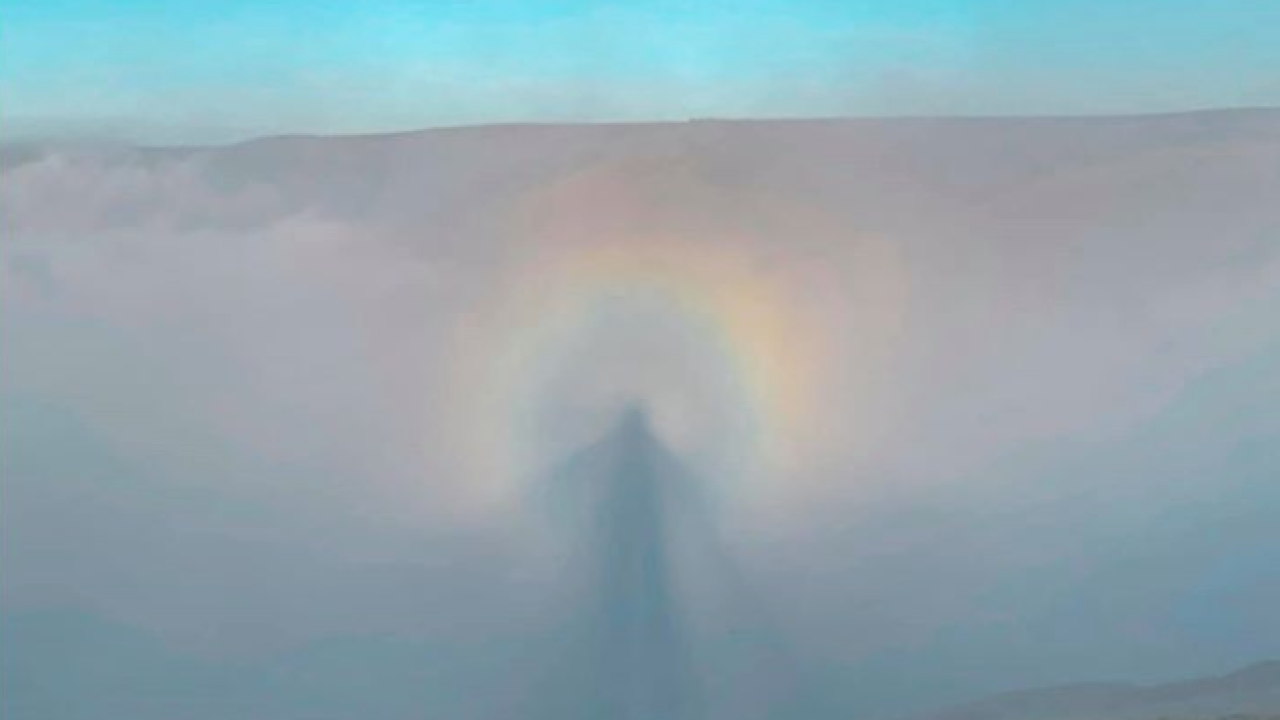 A man in Derbyshire, England captured a photo of a phenomenon in the sky, and his dazzling photograph has gone viral, CBS News reports.

Lee Howdle snapped a picture of what appeared to be an angel with a glowing rainbow halo around its head, hovering in the sky just above the grass.

"Sometimes I Think I Am Lucky," Howdle wrote on Facebook, sharing the now-viral image. "Today I Saw This Rare Weather Phenomenon Called Brocken Spectre. My Shadow And A Circular Rainbow Projected Onto A Low Cloud."

The "angel" Howdle saw was really himself. The phenomenon seems divine – and is is literally classified as a "glory." A glory is a rainbow ring that appears around a shadow, says CBS News.

According to Atmospheric Optics, glories are often seen from aircraft when the sun is positioned behind the plane, and the shadow cast forward onto the clouds appears to have a rainbow ring around it.

The Brocken spectre is just one type of glory, where the shadow is being cast on a mountain. If you create a Brocken spectre, "you'll be standing with the sun at your back, gazing at your own haloed shadow cast on fog," Earth and Sky explains.

The human shadow with a rainbow halo around it often looks like an angel. CBS News says that Howdle was hiking on Mam Tor, a hill in Derbyshire, when his angelic shadow appeared.

The phenomenon is also called a Brocken bow or mountain spectre, named after a peak in the Harz Mountains in Germany, called Brocken, a region known for fogs, according to Earth and Sky.