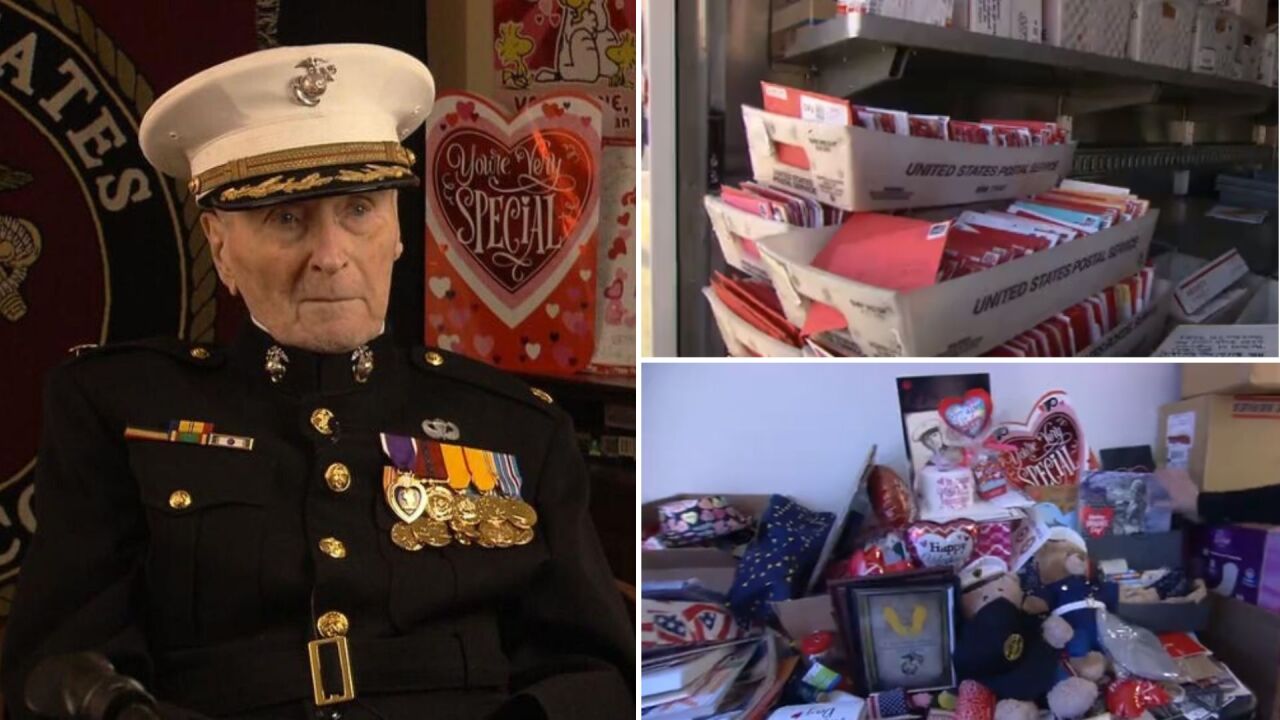 CBS News reported that a 104 -year-old Marine has received a huge gift of love this year.... thousands of them! Major Bill White served as a Marine in World War II. He's seen combat, but he's never seen so many valentines.

Everyday for weeks, Valentine's Day cards and gifts have been arriving by the truckload at The Oaks Assisted Living Center, all addressed to White, says CBS News. It started simply enough, when staff at The Oaks and White's daughter, Mary, made a request on social media.

Mary said they were just hoping her father would get 104 valentines. Now almost every surface at the assisted living center is covered with valentines!

They come from school children, veterans and families that know the sacrifice of service.

"Both my father and father-in-law served in World War II," one card says.

She and White read as many as they can. Her favorite is short, but says, "you've stolen the hearts of America."

Mr. White says he doesn't even know what to think of it all.

"It's just been beyond my feeble powers of comprehension," White said.