Military trains to rescue astronauts from the ocean 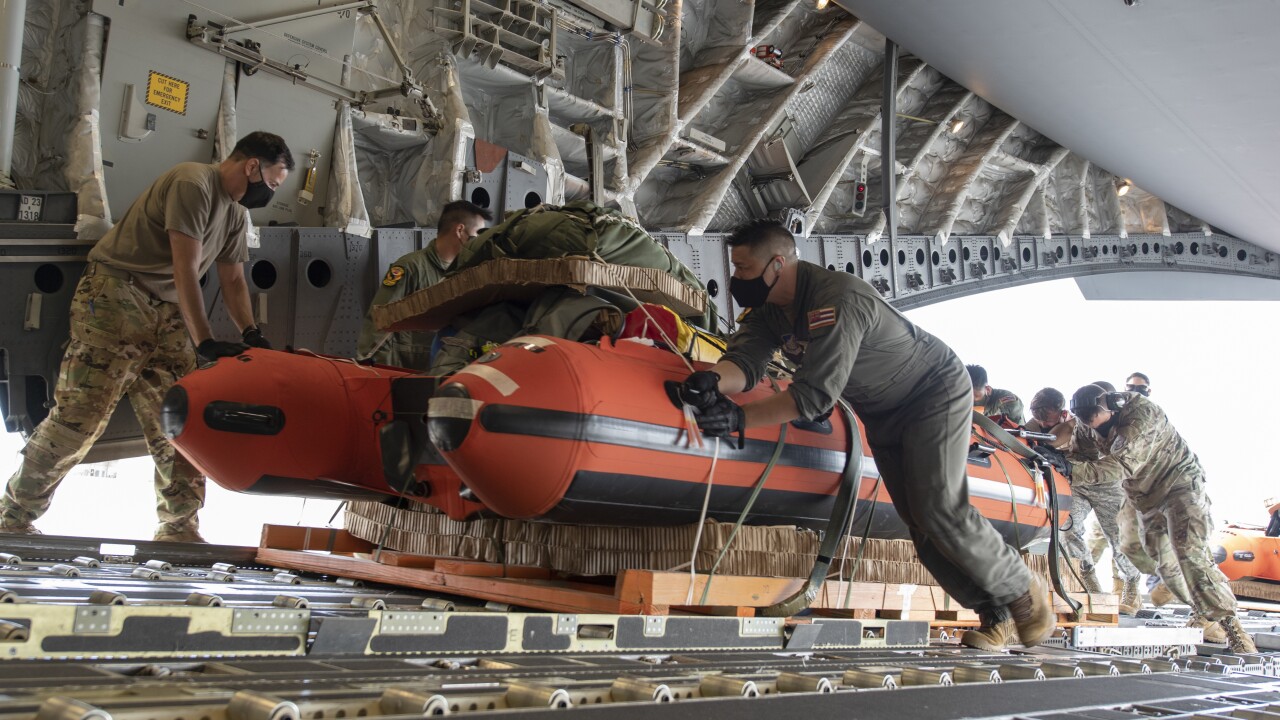 Senior Airman Orlando Corpuz/154th Wing Public Affairs
Airmen from various Team Hickam units load pararescuemen equipment onto a C-17 Globemaster III, May 26, 2020 at Joint Base Pearl Harbor-Hickam. The Team Hickam Airmen pre-rigged the C-17 in order to be able to quickly respond to astronaut rescue in the Pacific region in support of a manned space flight launch on May 30. The rocket launch was part of NASA’s Commercial Crew Program which partnered with SpaceX and Boeing to execute the first ever manned space launch from American shores in a commercially built and operated American crew spacecraft. (U.S. Air National Guard photo by Senior Airman Orlando Corpuz)

PEARL HARBOR, Hawaii - When NASA astronauts Robert Behnken and Douglas Hurley blasted off to the International Space Station on a SpaceX rocket, it marked the first crewed launch from U.S. soil in nearly a decade.

The NASA SpaceX Demo-2 test flight on May 30 from Florida's Kennedy Space Center captured attention across the nation.

As Behnken and Hurley blasted through space, members of the Hawaii Air National Guard's 204th Airlift Squadron were on high alert, ready to respond should astronaut recovery be needed in the Pacific during the 19-hour journey to the ISS.

Fortunately, that was not the case and both astronauts arrived safely and returned safely home with a splashdown off the Florida coast in the Gulf of Mexico on August 2.

With future launches planned, the 204th is continuing to train for the important astronaut rescue mission.

It is one of two squadrons in the United States trained to execute the C-17 portion of NASA's astronaut rescue plan.

The other is the Alaska Air National Guard’s 144th Airlift Squadron which is staged on the east coast.

NASA and SpaceX are targeting October for the next astronaut launch.