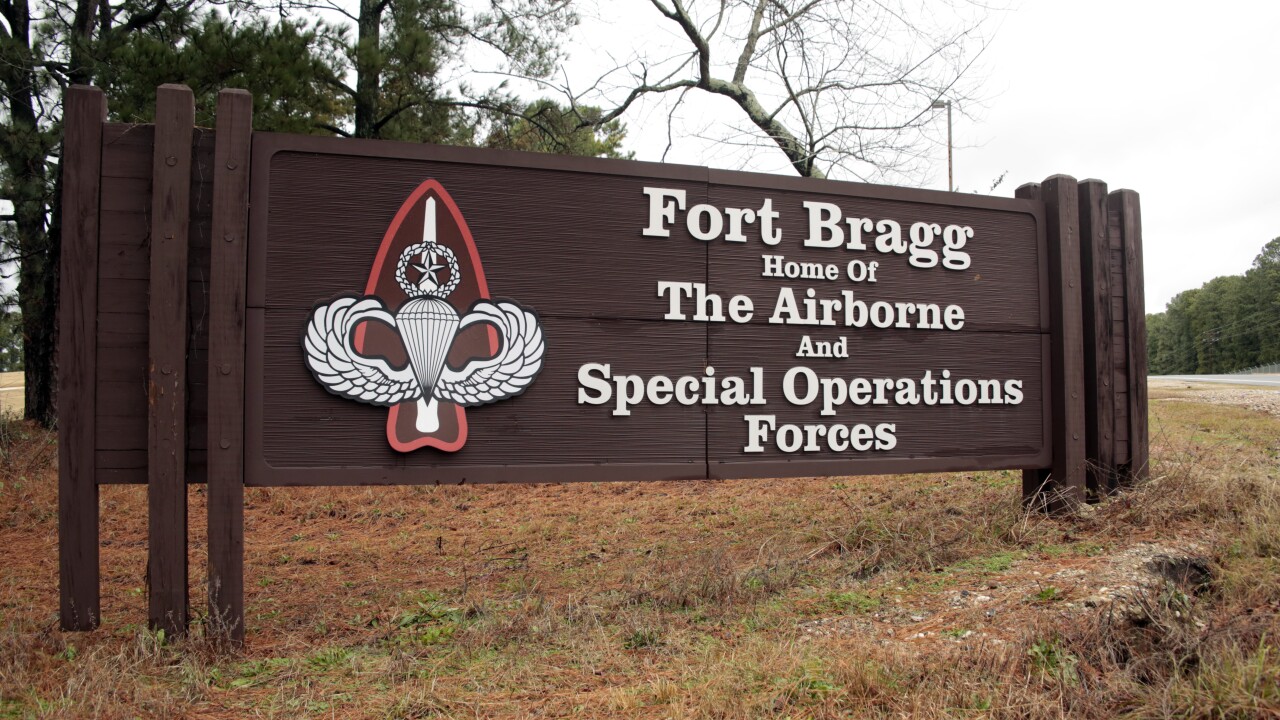 Chris Seward/AP
FILE - In this Jan. 4, 2020, file photo a sign for at Fort Bragg, N.C., is shown. Defense Secretary Mark Esper and Army Secretary Ryan McCarthy, both former Army officers, put out word that they are “open to a bipartisan discussion” of renaming Army bases like North Carolina’s Fort Bragg that honor Confederate officers associated by some with the racism of that tumultuous time. (AP Photo/Chris Seward, File)

FORT BRAGG, N.C. (AP) — Officials for North Carolina’s Fort Bragg say that about 200 soldiers have been moved from their barracks after an anonymous complaint revealed mold in some housing units.

The issues were discovered when a soldier filed a complaint through an internal webpage in September.