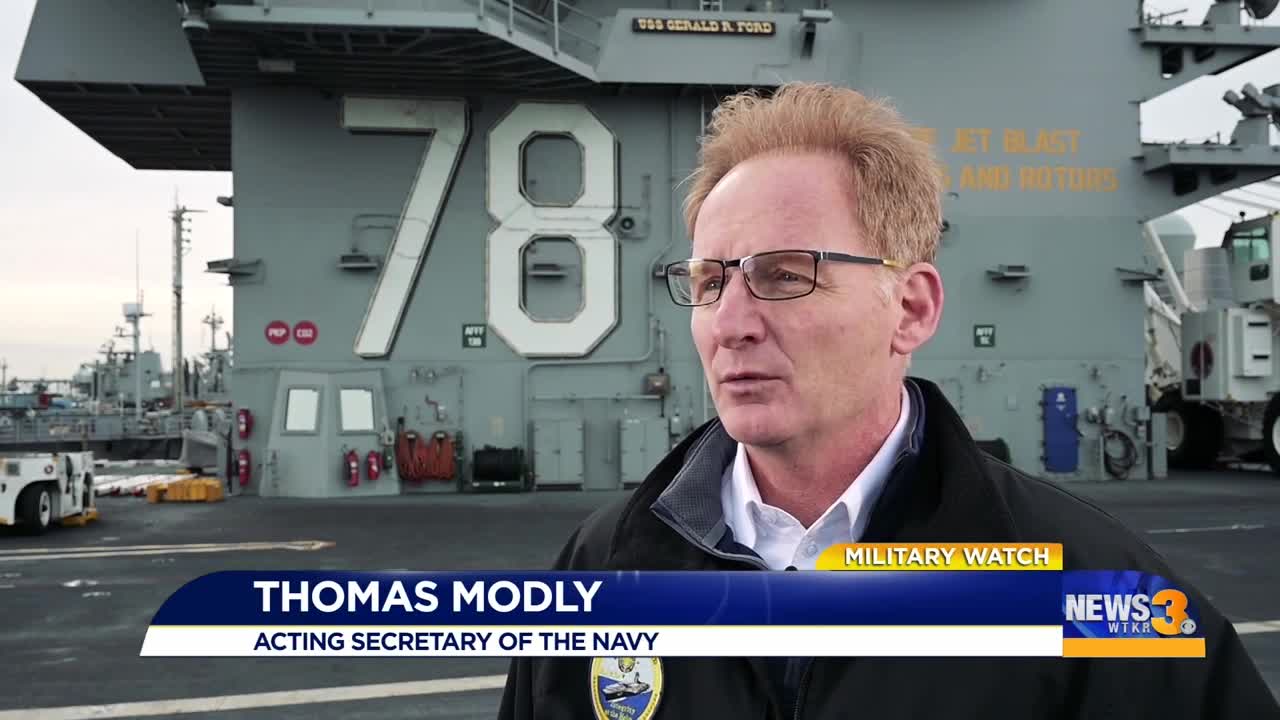 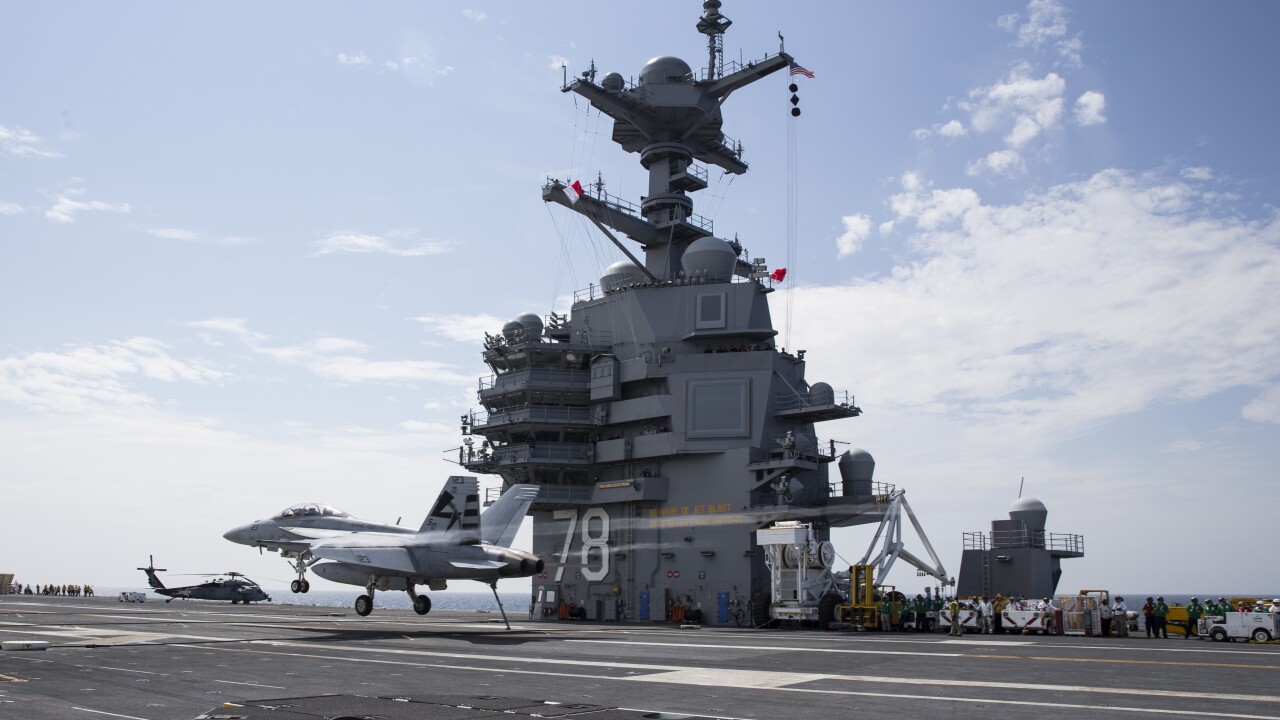 NORFOLK, Va. - Fully integrating the Navy's newest aircraft carrier into the fleet is set to take a major step forward this month.

On Monday, Carrier Strike Group 12 (CSG-12) assumed operational control of the USS Gerald R. Ford. The Ford is the first in a new-class of carriers for the Navy.

Delays, cost overruns and issues getting new technology to work, including systems that launch aircraft and Advanced Weapons Elevators, have plagued the Ford.

Acting Secretary of the Navy Thomas Modly launched the "Make Ford Ready" initiative, bringing together Navy and industry experts to help get the Ford into fleet operations as quickly as possible.

This month, the Ford is expected to begin flight deck certification off the coast of Hampton Roads.

Prior to the Ford, Norfolk-based CSG-12 operated aboard the USS Abraham Lincoln. The Lincoln finished a record-setting 290-day deployment in January that ended in San Diego, where the carrier is now stationed.

The Ford is now in the Post-Delivery Test and Trials period, scheduled to continue through mid-2021. During the first four months of this period, the carrier has been underway at sea for half of it.

Once the flight deck is certified, the Ford will become the primary East Coast Carrier Qualification CVN, meaning pilots will train on it.

The Navy says progress is also being made on the much-talked about Advanced Weapons Elevators.

More than 7,000 cycles have been completed on the four elevators that have been turned over to the crew.

“These lower stage elevators are critical to our lethality in that they will allow our crew to move ordnance between the lower levels and the main deck. I am confident [Newport News Shipbuilding] has worked through initial technology concerns and will deliver the lower stage elevators as soon as possible," said Ford Commanding Officer, Captain J.J. Cummings in a statement.

The remaining five elevators are set to be ready before Full Ship Shock Trials, scheduled for Fiscal Year 2021. Those trials will test key systems on the carrier under combat conditions.