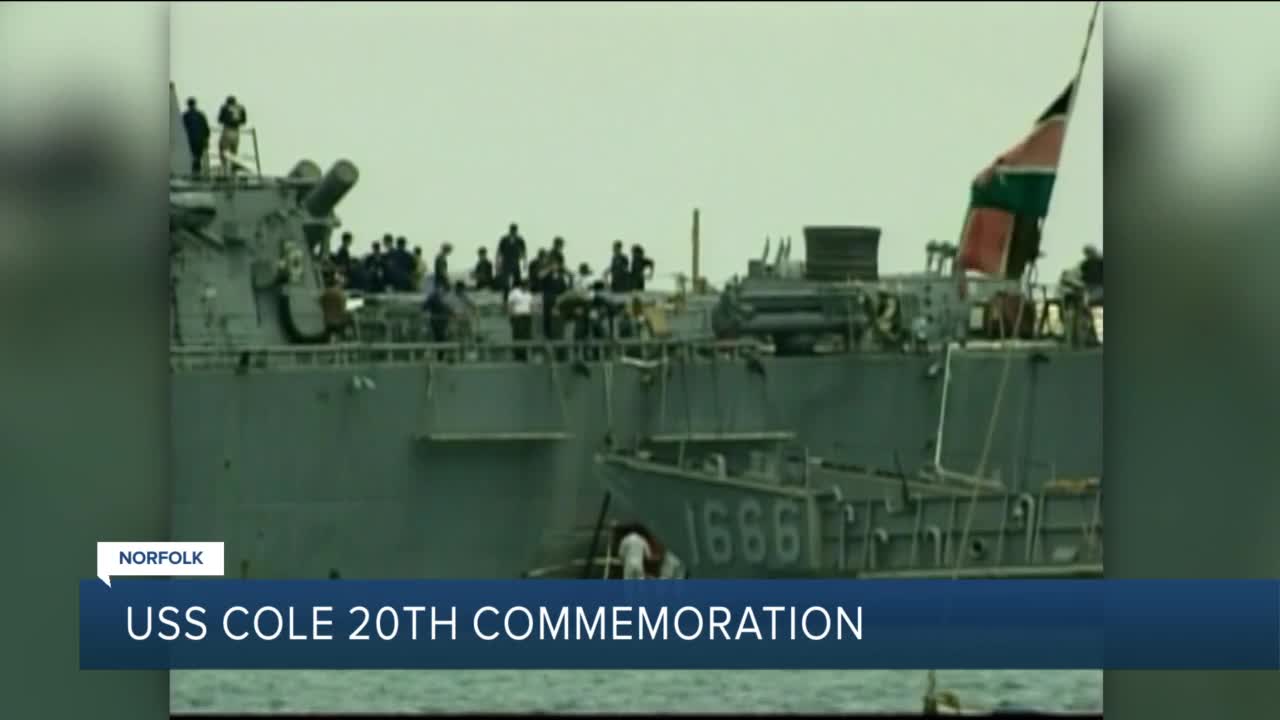 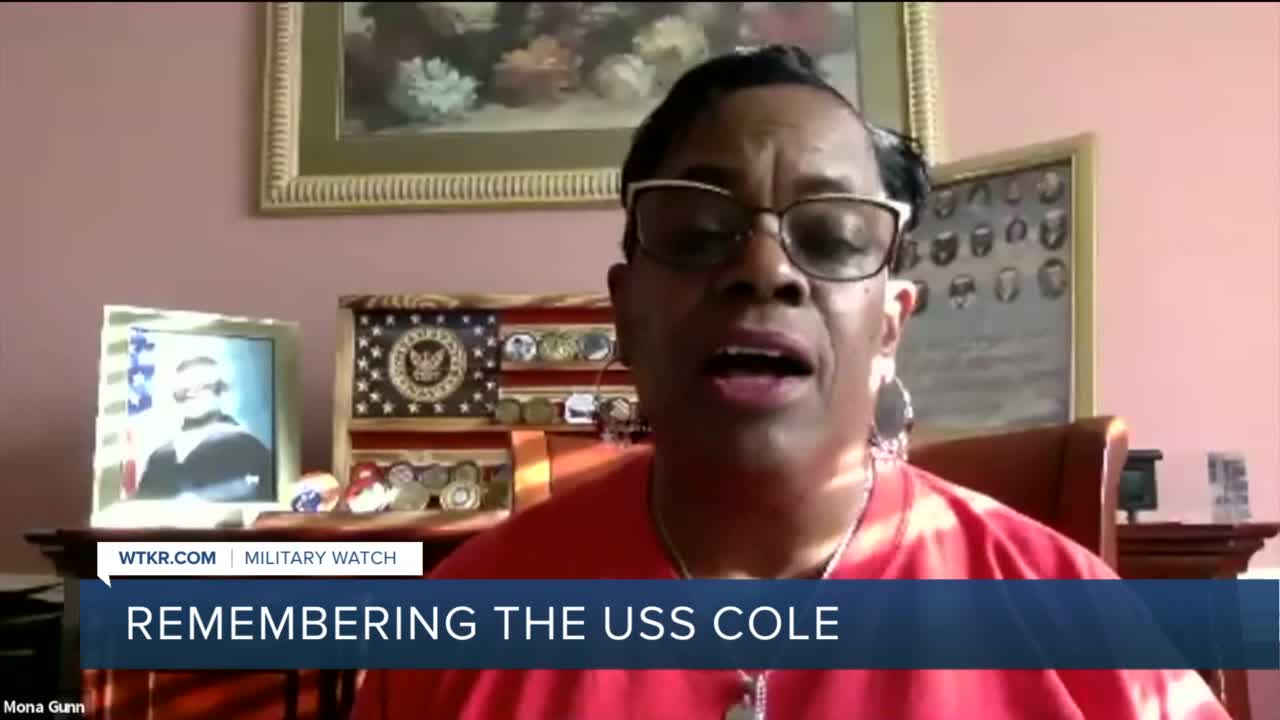 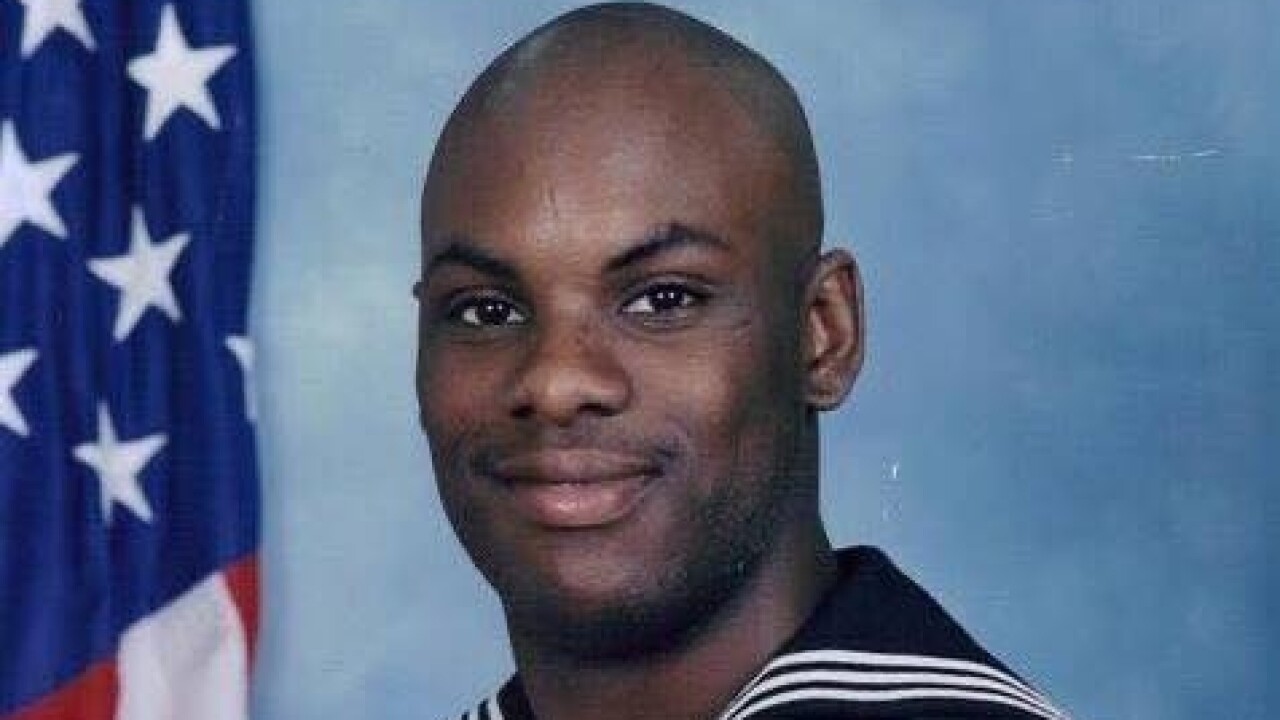 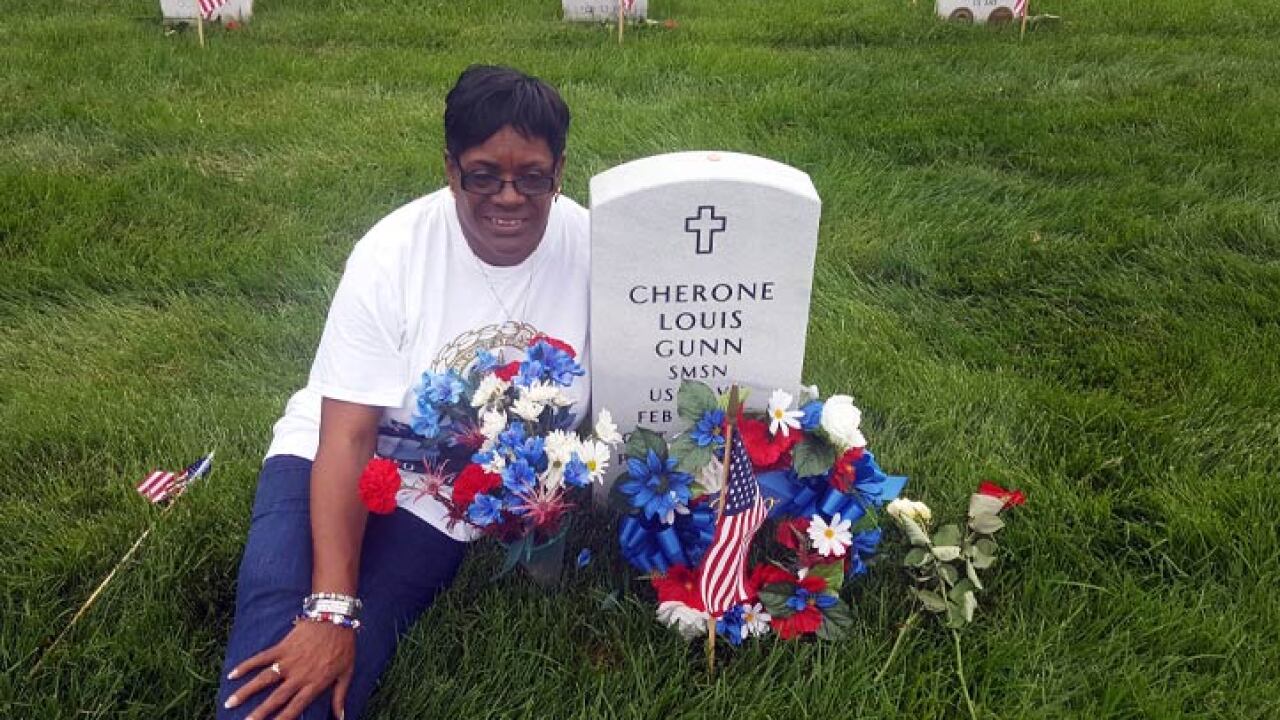 HAMPTON ROADS, Va. - Monday marks 20 years since the attack on the USS Cole, which happened in the Gulf of Yemen shortly after a refueling stop.

Less than a year before the tragedy of 9/11 unfolded on U.S. soil, the Hampton Roads-based ship was attacked by terrorists while refueling at a port in Yemen on October 12, 2000.

If it weren't for the heroic efforts of the crew, the ship would have sunk.

Mona Gunn lost her son Cherone Gunn that day. He was a 22-year-old seaman recruit.

The Kempsville High School grad wanted to serve in the Navy, as his father served.

Every year, Mona Gunn and her family remind the nation of the terror attack.

Gunn told WTKR's Barbara Ciara that there is a dash on the gravestone marking the year of her son's birth and the day of death.

She says her family prefers to remember the dash, symbolizing the life he lived before his death.

Gunn is requesting the community and nation to pause on Monday to remember the sacrifice of all who died that day.

"The Chief of Naval Operations have put a memo out to all of the Navy, for the entire Navy to pause at 11:18 on Monday, October 12 for the 17 sailors who were killed in the attack on the USS call that happened in Yemen at 11:18 October 12, 2000 and of course we would love the public to stop what you're doing on Monday," Mona Gunn said.

The Cole is now a front-line guided missile destroyer, still home ported in Norfolk. Laid into the deck of the Cole's messline are 17 brass stars. The commandeer says every morning, sailors shine the stars as a tribute to those who made the ultimate sacrifice.

On Monday, News 3 will be pier-side at Naval Station Norfolk for the ceremonies to remember the Cole.

You can find the livestream HERE.