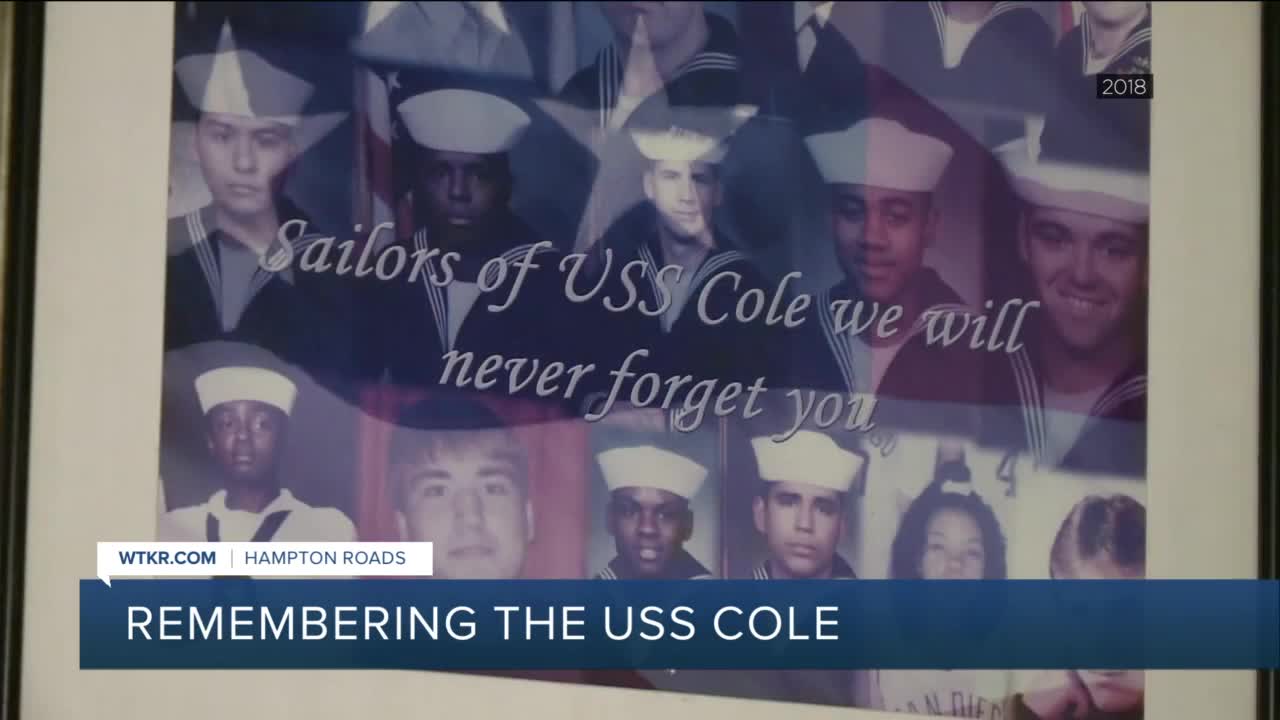 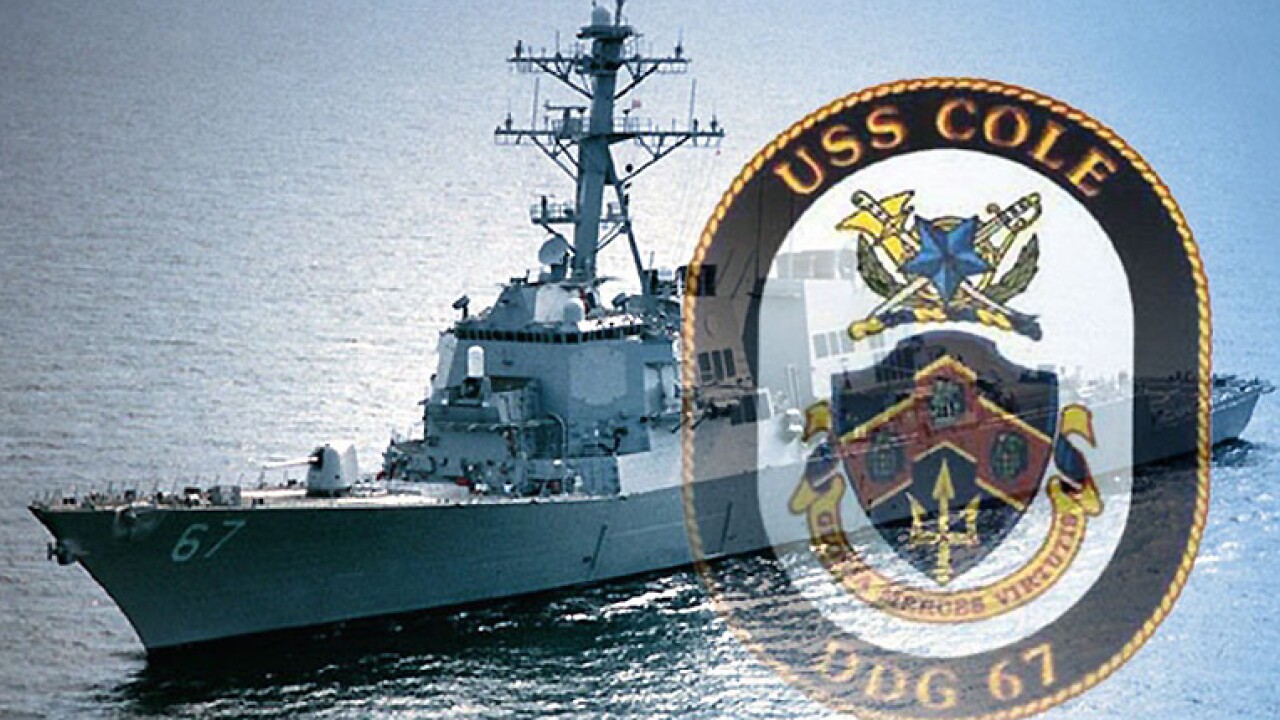 HAMPTON ROADS, Va. - It's been two decades since the USS Cole was attacked, but those who were directly impacted can still feel the pain today.

Less than a year before the tragedy of 9/11 unfolded on U.S. soil, the Hampton Roads-based ship was attacked by terrorists while refueling at a port in Yemen on October 12, 2000.

Al-Qaeda terrorists on a boat nearby set off explosives, creating a gash in the ship's side.

Thirty-nine sailors were injured, and 17 died that day, including 22-year-old Cherone Gunn.

“Cherone was a really fun guy. He definitely left an impression you if you ever met him,” said Jamal Gunn, Cherone’s brother.

He said Cherone was very comical, loved to sing and write poetry. Jamal said his brother was a man who touched the hearts of many and did not even realize it.

“Not just friends of ours from high school, but people who barely knew him. They remember the impact that he made on their lives,” said Jamal.

He said Cherone had a gift of making people feel comfortable and welcomed.

There are several events this weekend and Monday to remember what happened on the USS Cole 20 years ago and the lives that were lost.

Jamal and his family are going to Arlington; they will also be at an event at Naval Station Norfolk on Monday, and he said the loved ones of all the Sailors who were killed are getting together.

He said they keep in touch over Facebook. He said it will be good to catch up with everyone. They will also be given a private tour of the USS Cole along with other crew members.

Jamal said he still questions why the ship stopped to refuel that day in Yemen.

He said in this current political climate, Americans need to hold those in power accountable and make their voices heard.

“It would be incumbent upon me to remind everyone that the decisions of the people we put in power have a massive impact on our lives,” said Jamal.

He encourages everyone to vote.

“They are going to make these decisions and we want to make sure that they're held responsible for those decisions,” said Jamal.

Last February, the families of the victims of the USS Cole reached a settlement over a lawsuit with Sudan, attorneys in the case had previously confirmed to News 3.

Sudan has agreed to settle the case for about $30 million. The money will be split among the families of the 17 Sailors who died in the October 2000 attack.

The families sued, alleging Sudan aided al-Qaeda in carrying out the attack. The U.S. has considered Sudan a state sponsor of terrorism since 1993.

Christopher Curran, an attorney representing the Republic of Sudan, said, " As Sudan has stated in the past, Sudan expresses sympathy to the victims of the Cole and their families. But Sudan reaffirms that it was not involved in the attack on the Cole or in any other acts of terrorism, and expressly maintains that position in the settlement. Nonetheless, the transitional government of Sudan wishes to resolve historical terrorism allegations as part of its effort to normalize relations with the United States and the rest of the world."

The settlement ends years of back and forth between Sudan and the families.