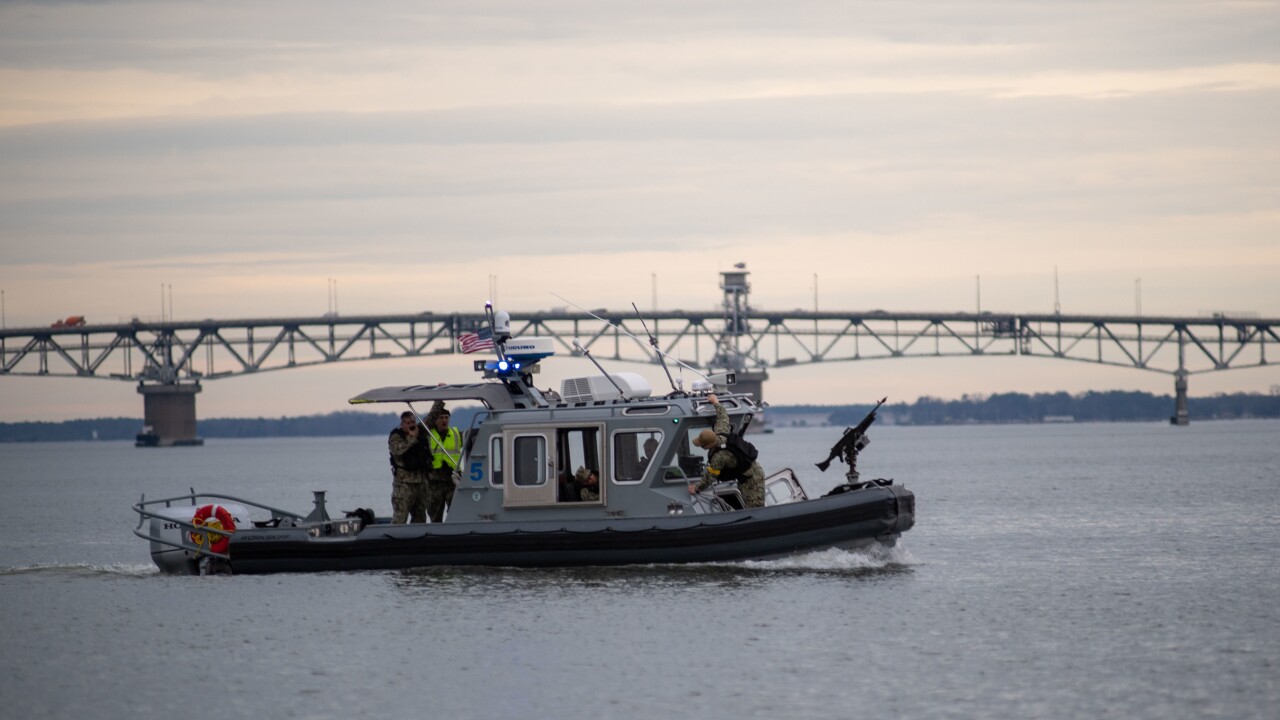 YORKTOWN, Va. - If you hear gunfire around Naval Weapons Station Yorktown this week, the base says it's only a training exercise.

Those near or around Nelson Chapel on the base could hear simulated weapons fire between 9am and 10:30am Tuesday through Thursday.

On those same days, security forces will be conducting blank fire training on the pier between 8am and 6pm.

A base spokeswoman says those near the pier and along the York River may hear the simulated weapons fire.

The base says if anyone is ever unsure, or if there's a real emergency, folks can call the Base Emergency Line at 757-887-4911.