More than 60 percent of volunteers have COVID-19 antibodies 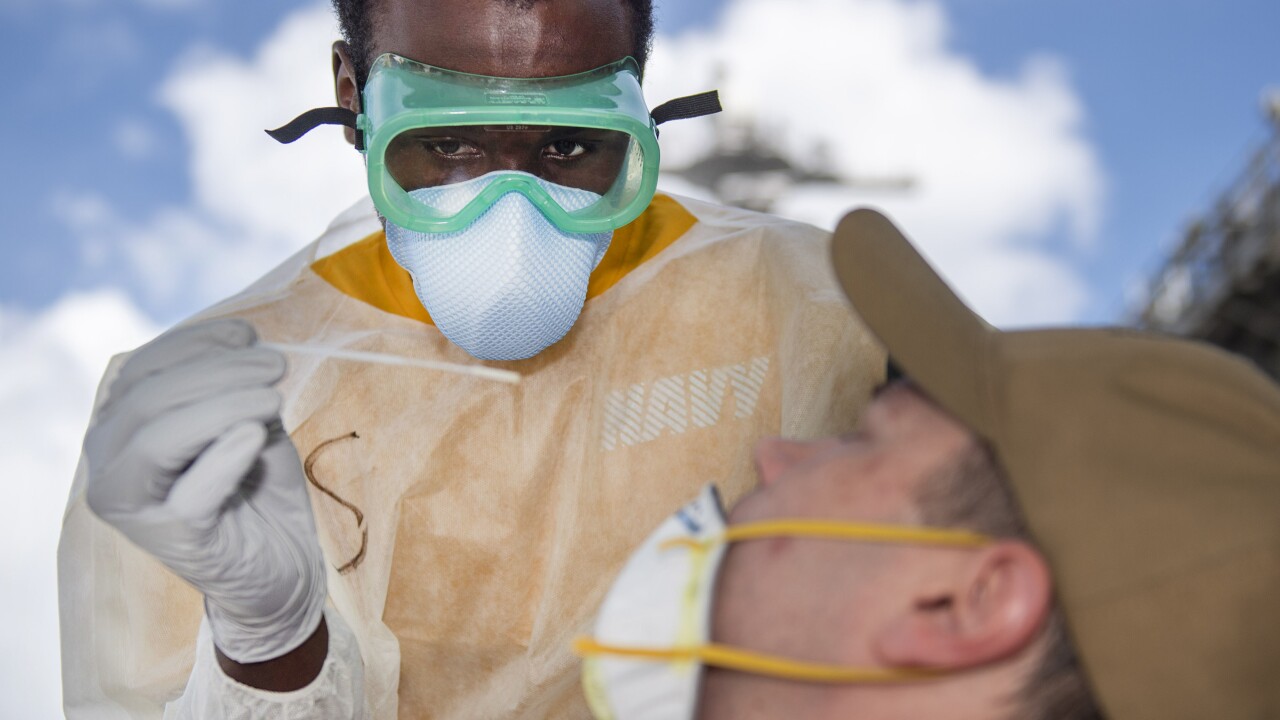 Petty Officer 1st Class Christopher Liaghat/U.S. Navy
200422-N-CH038-1064 APRA HARBOR, Guam (April 22, 2020) U.S. Navy Hospitalman Christian Akins, from Atlanta, assigned to Naval Hospital Guam, takes a nasal sample from a U.S. Sailor assigned to the aircraft carrier USS Theodore Roosevelt (CVN 71) as part of a public health outbreak investigation April 22, 2020. This specific outbreak investigation is expected to provide a better-informed understanding of this outbreak and guide decision making for the crew. Upon arriving in Guam March 27, Theodore Roosevelt established an Emergency Command Center, initiated a roving and deep cleaning team, and continually educated the crew on social distancing and proper protective procedures and behaviors, to assist the crew in mitigating and controlling the spread of COVID. Theodore Roosevelt is in Guam for a scheduled port visit for resupply and crew rest during their scheduled deployment to the Indo-Pacific. (U.S. Navy photo by Mass Communication Specialist 1st Class Chris Liaghat/Released)

NORFOLK, Va. - The Navy and the Centers for Disease Control and Prevention have released findings from a joint public health investigation into the COVID-19 outbreak on the USS Theodore Roosevelt.

The virus spread quickly on the aircraft carrier, sidelining the ship in Guam mid-deployment for more than a month.

Sailors were taken off the Theodore Roosevelt and put in isolation to try and slow the spread, with several requiring hospitalization. One Sailor died from COVID-19 complications.

Participation in the public health outbreak investigation was voluntary, with just fewer than 400 of the Theodore Roosevelt's nearly 4,800 crew members taking part.

Volunteers were asked to take a short survey and provide both blood and nasal swab samples for lab testing.

Results showed that 62 percent of those Sailors were infected, with most being mildly ill.

"This is a stealthy virus and the results from this outbreak investigation provides us with increased knowledge about COVID-19 so we can better protect the crew, their shipmates on other vessels, and ultimately the nation," the Navy's Surgeon General Rear Admiral Bruce Gillingham shared in a release.

"This study paints a picture of current and prior SARS-CoV-2 infection among young adults living in close quarters," said Dan Payne, the CDC's study author, in a statement.

"This data will contribute to understanding COVID-19 in the U.S. military, as well as among young adults in other close communal environments," Payne added.

The study found that loss of taste or smell were the most prevalent symptoms reported.

Nearly a fifth of participants in the study who had a COVID-19 infection did not report any symptoms.

You can read the full report here.