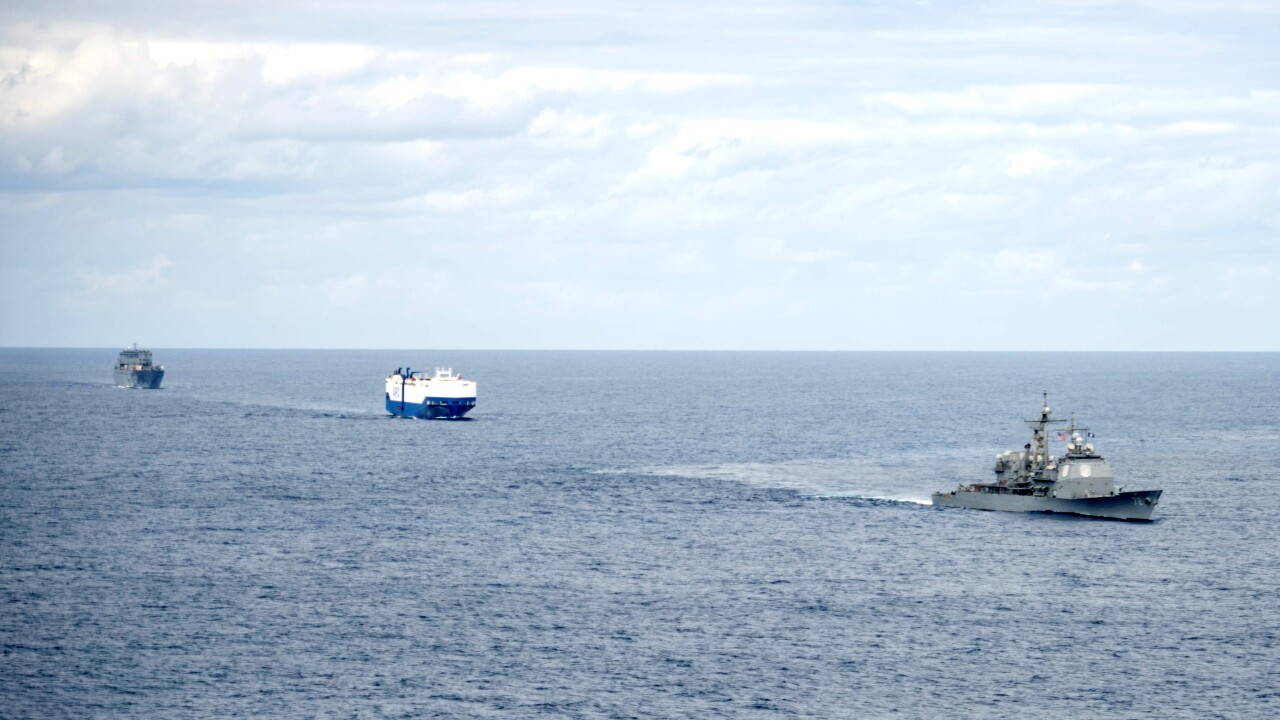 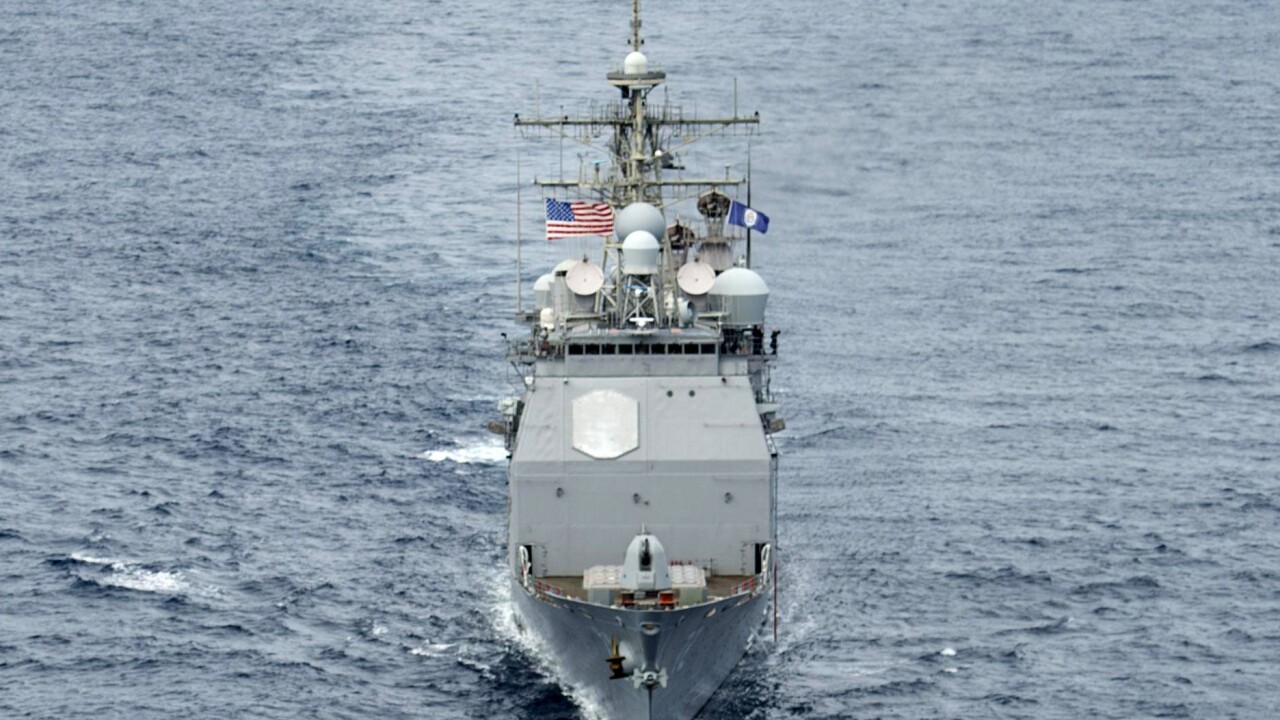 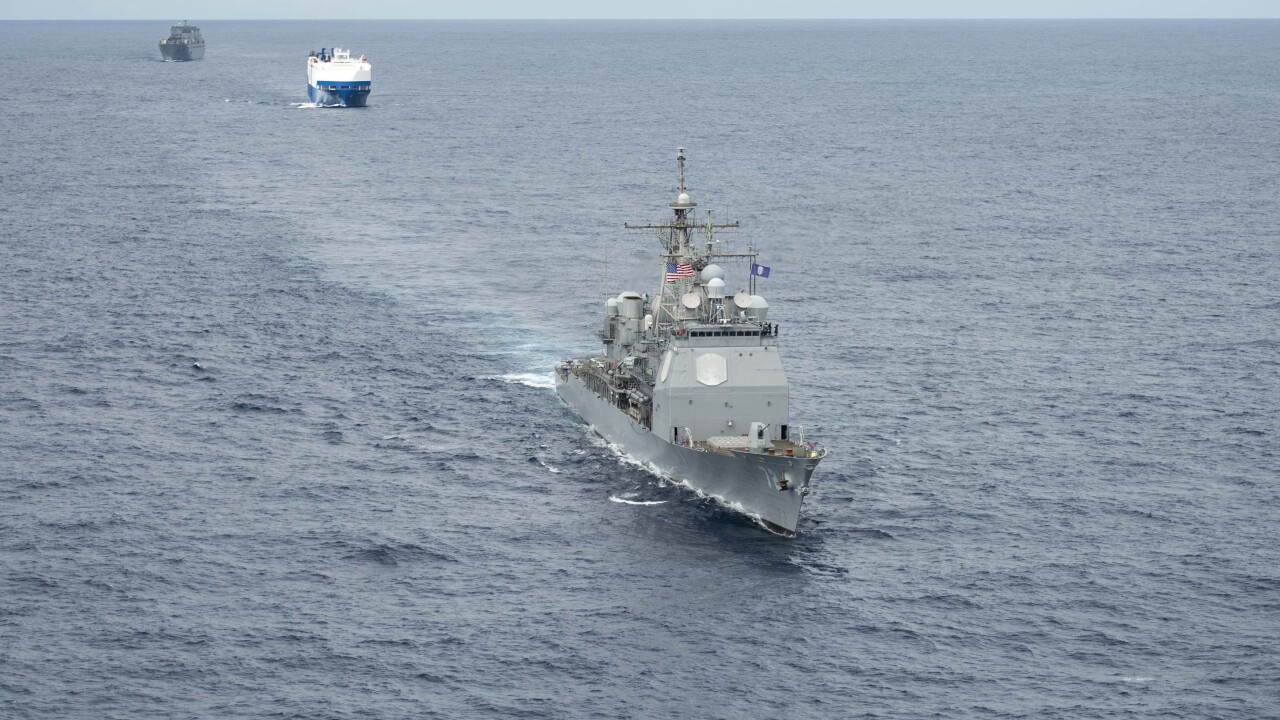 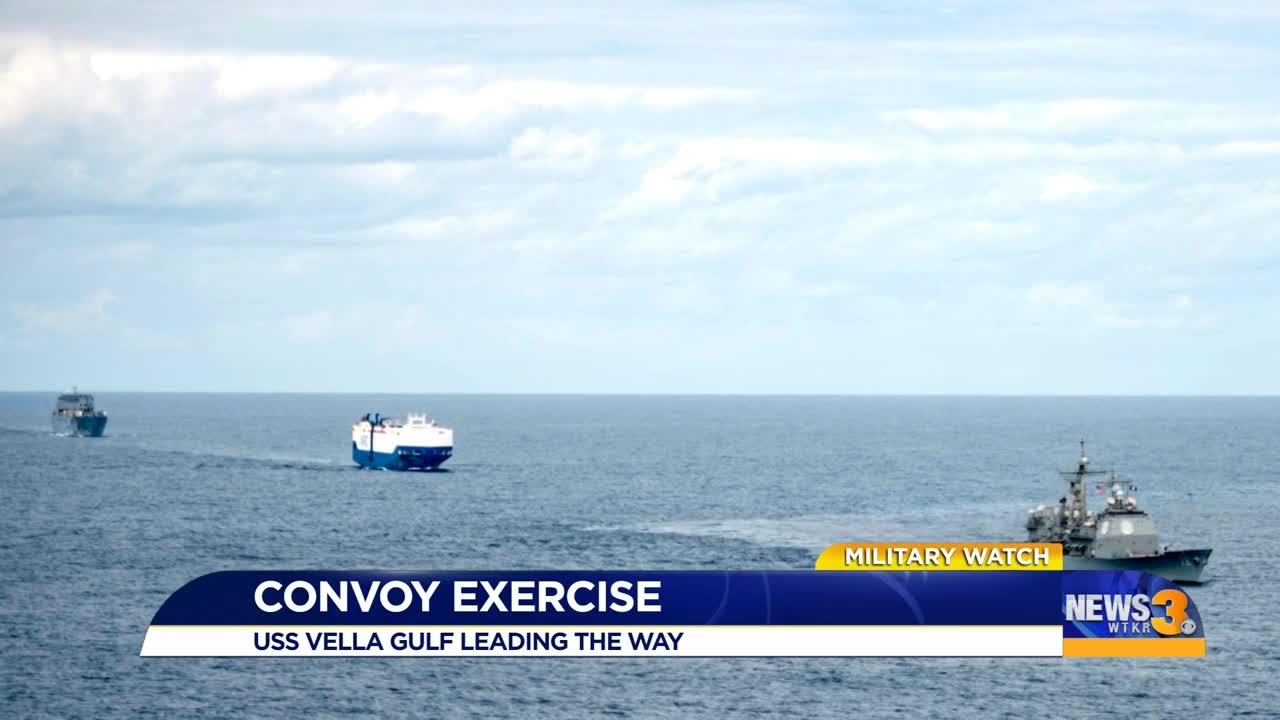 NORFOLK, Va. - A Norfolk-based guided-missile cruiser is helping the Navy lead a convoy exercise across the Atlantic for the first time since before the end of the Cold War.

Navy History and Heritage Command records show the last convoy exercise in the Atlantic was in 1986. The Navy points out they regularly conduct convoy operations in other areas, but this is the first in the Atlantic since then.

"In a real world conflict, much of the military equipment must still go by sealift, which makes convoy operations a critical skill set to maintain and practice," said Captain Hans Lynch, commodore Military Sealift Command Atlantic, in a statement.

"In the last five years, there has been an increased emphasis on including Merchant Marine shipping in large scale exercises to enhance tactical proficiency. Exercises that incorporate convoy operations are an extension of that ongoing tactical training," he added.

A Norfolk-based aircraft carrier has also played a role.

The Navy says as the USS Dwight D. Eisenhower worked with P-8s and a submarine to clear the "maritime battlespace" prior to the convoy.

"The Atlantic is a battlespace that cannot be ignored," said Vice Admiral Andrew "Woody" Lewis, commander U.S. 2nd Fleet, in a statement. "We need to be prepared to operate at the high end alongside our allies, partners and adversaries alike as soon as we're underway."

The convoy comes as exercise DEFENDER-Europe 20 is underway. It is the largest deployment of U.S.-based forces to Europe for an exercise in decades.

Military Sealift Command is using the Benavidez, Resolve, and Patriot to move Army equipment to Europe in support of the exercise.