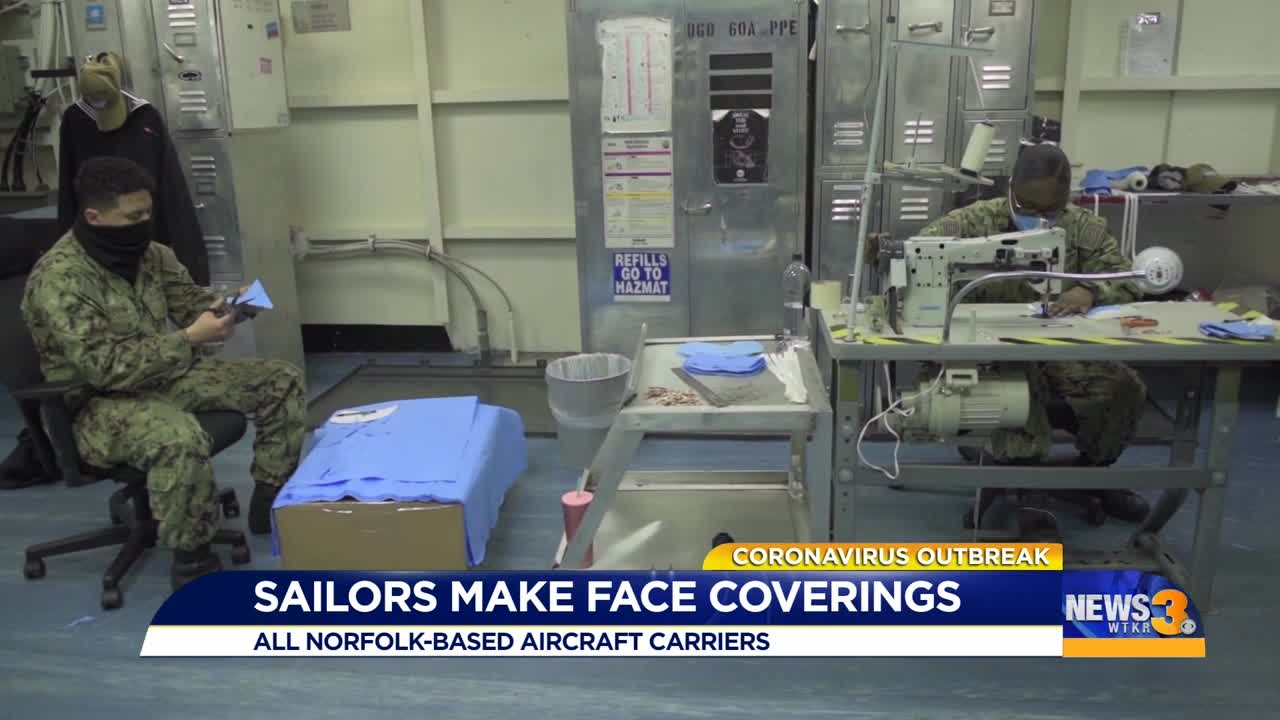 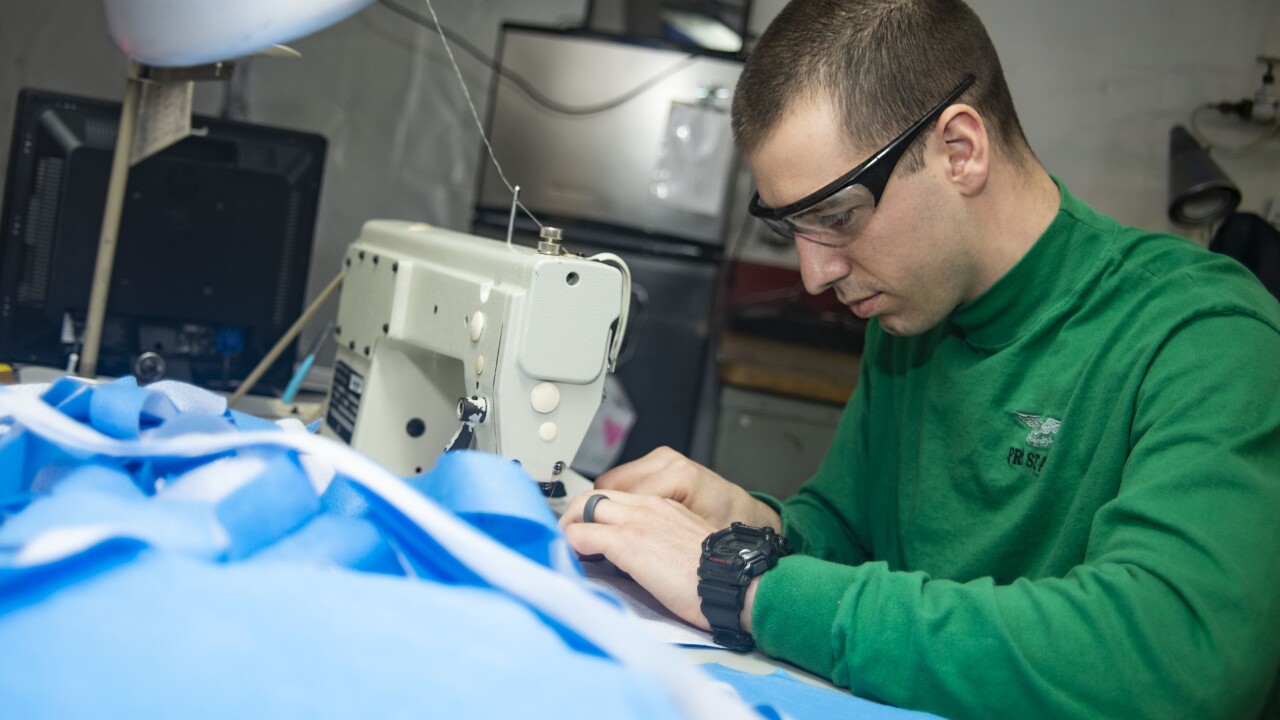 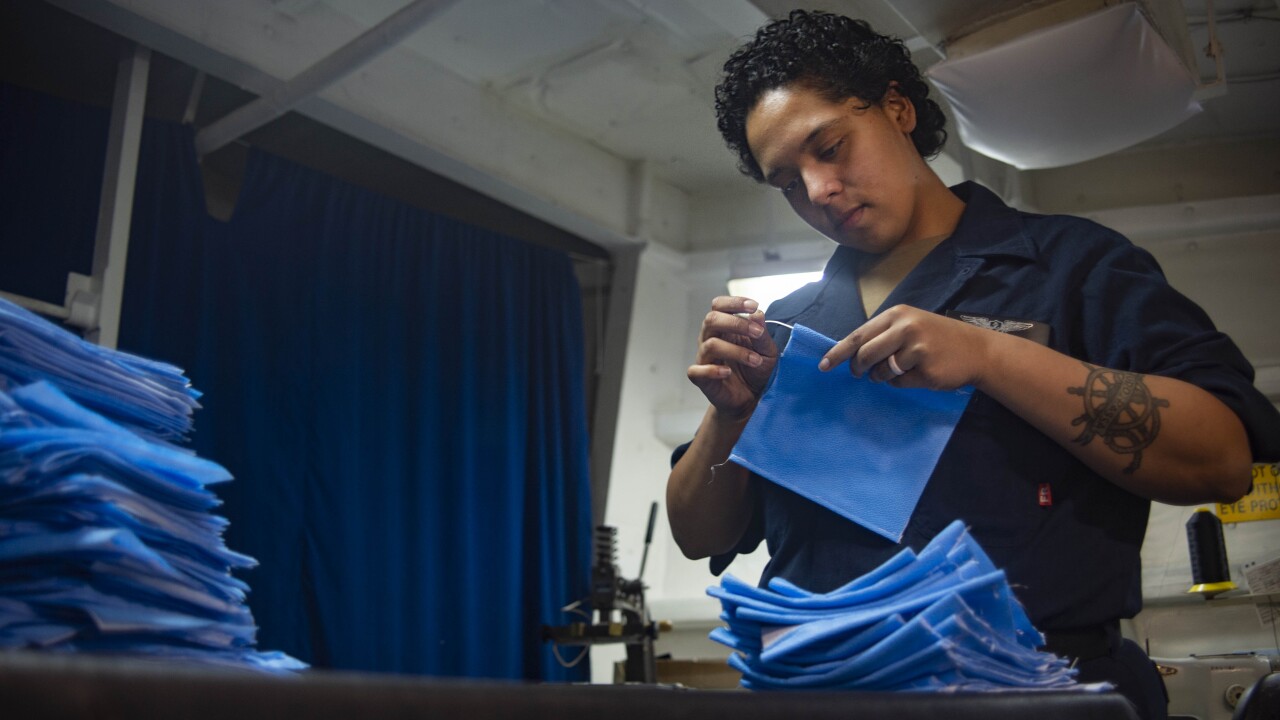 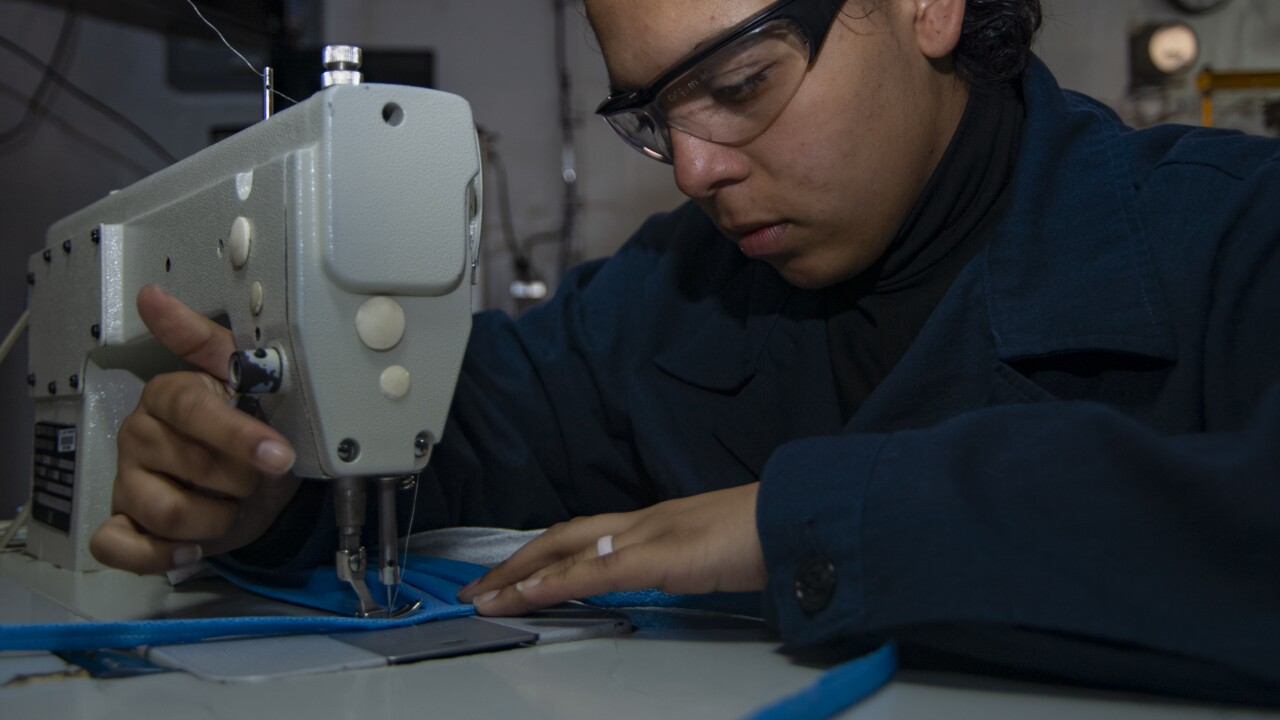 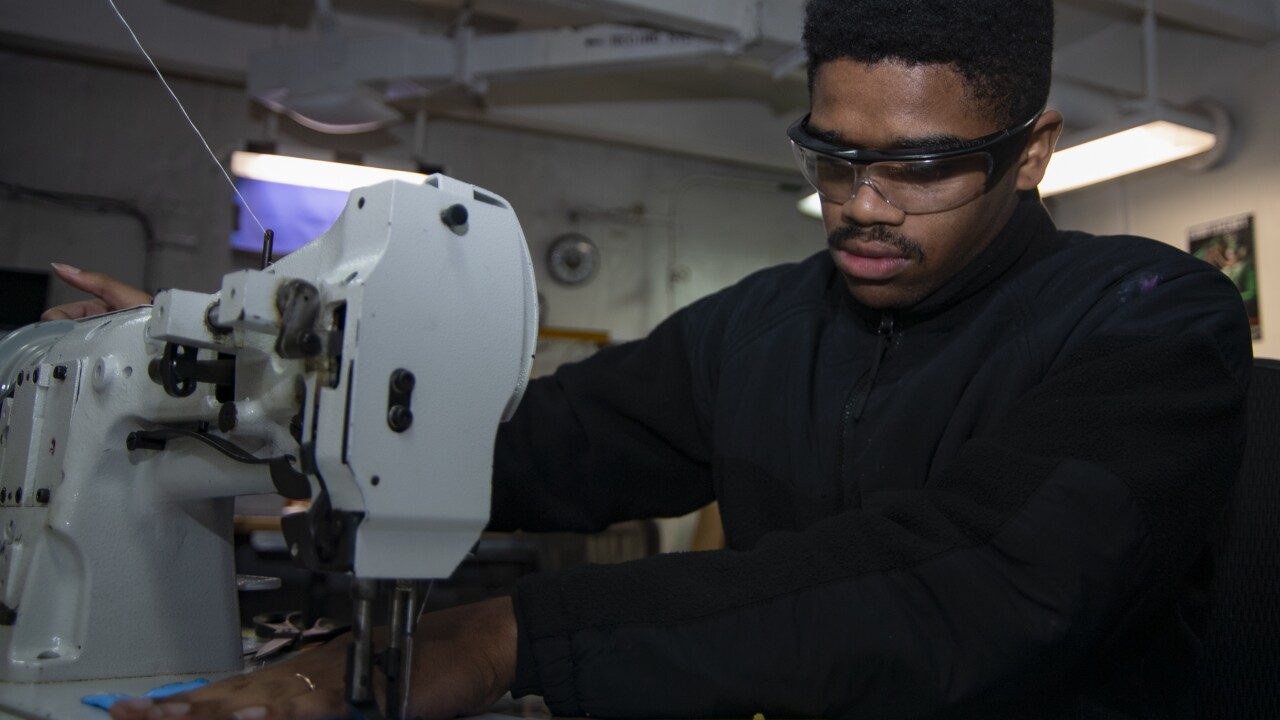 "When the Navy came out on April 5 and said that they needed to do face coverings for all of our Sailors, I recalled my husband had brought up a social media story about the University of Florida, my alma mater, making these cloth face masks out of medical grade fabric," Captain Toone told News 3 anchor Todd Corillo.

"I brought that to a buddy of mine who works here with aircraft maintenance. We explored that a little bit and it turns out you are able to make those on a ship," she added.

The masks are being made aboard aircraft carriers by Aircrew Survival Equipmentmen using medical grade material that is used in operating rooms on the ships. That material, which is typically used to wrap surgical sets, can block aerosols and droplets.

The task is well suited to Aircrew Survival Equipmentmen who are well versed in sewing.

“They are very good at sewing. That is part of their job description. So when we were looking at making these masks, I knew that we have this material on the aircraft carriers because we use it in our operating rooms and then we have Sailors that are able to sew, so we put those two things together. Mix a little bit of medical and aircraft maintenance together in order to be able to make these cloth face coverings," Captain Toone explained.

The Navy stresses that the coverings are an initial protective measure until other face masks can be distributed. Squadrons are also joining the effort.

“We have to be somewhat self-sufficient when you are out underway like that for our two ships that are deployed right now, so really critical for them to be able to make that covering. While it’s even difficult to get face coverings here, it’s even more difficult for them because there is a lag in getting the supplies out to them, it’s just a time – distance problem," Captain Toone said.

The face coverings fall under the Navy directive that requires them to be used when proper social distancing between people isn't possible.

On the USS John C. Stennis, Sailors have created an assembly line of people sewing and cutting, creating an output of about 50 a day.