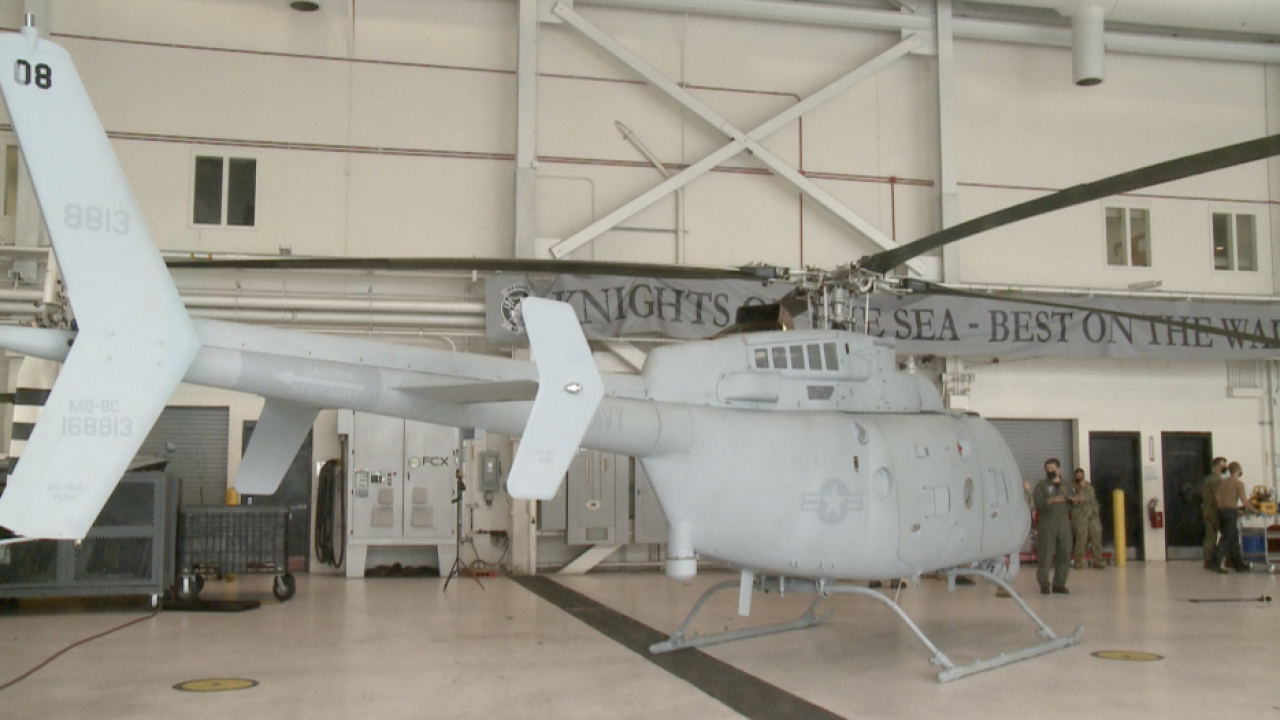 NORFOLK, Va. - Manned or unmanned? It is a distinction you have to make when talking with aviators at Helicopter Sea Combat Squadron 22 at Naval Station Norfolk.

The C variant is larger than the MQ-8B Firescout version which the squadron has already been flying.

Now with two versions of the Firescout alongside the traditional manned MH-60S Knighthawk helicopters, HSC-22 is the first squadron on the East Coast to operate three separate platforms.

The Navy says the combination of manned and unmanned helicopters is expanding how they can conduct maritime operations and provide support to the fleet.