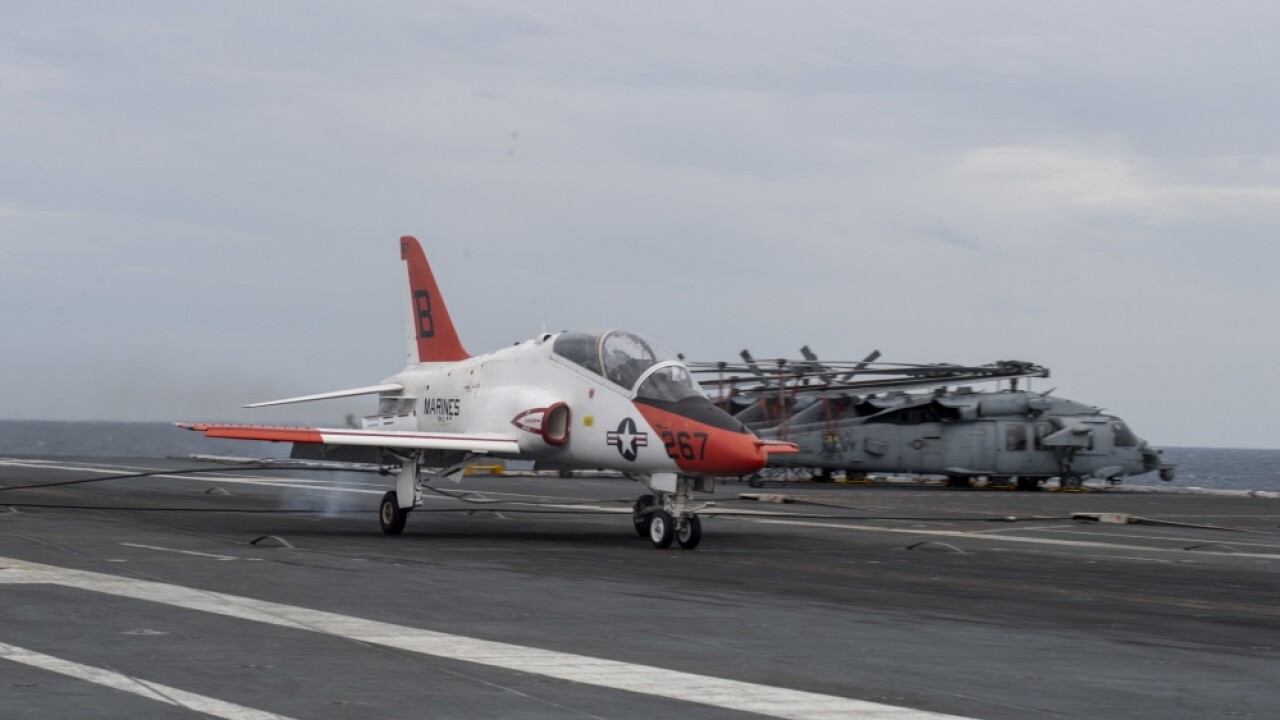 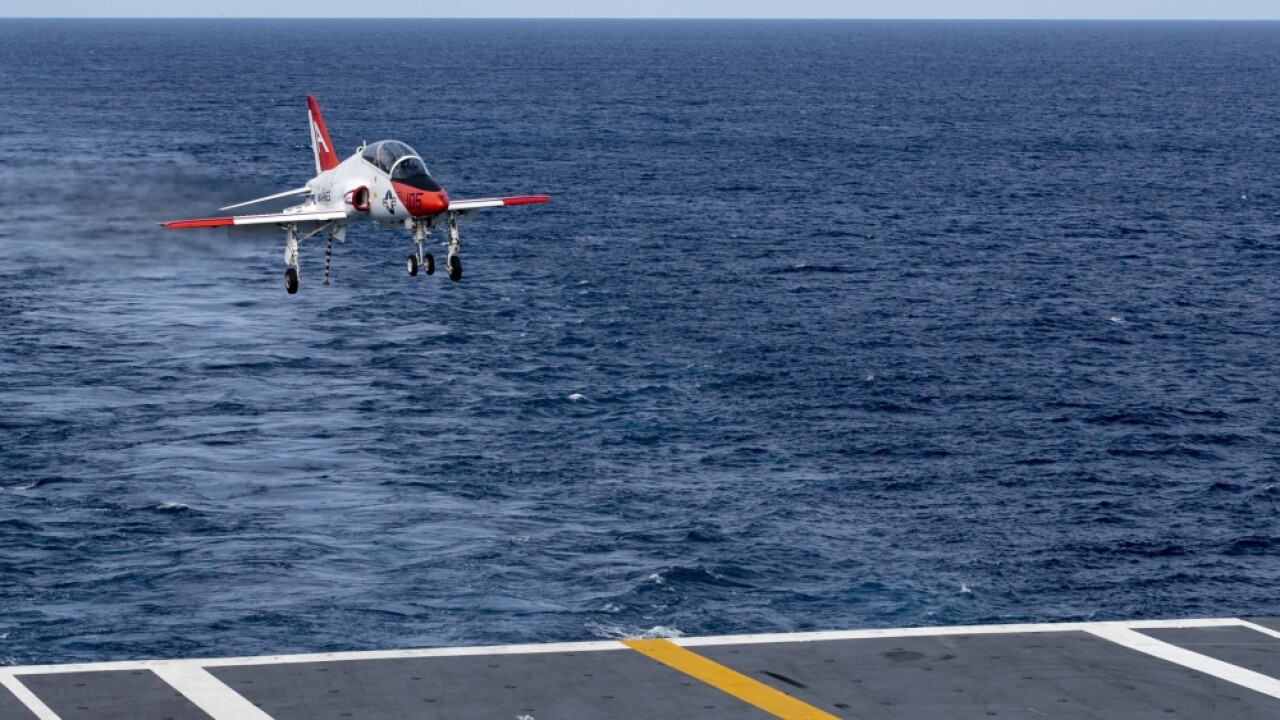 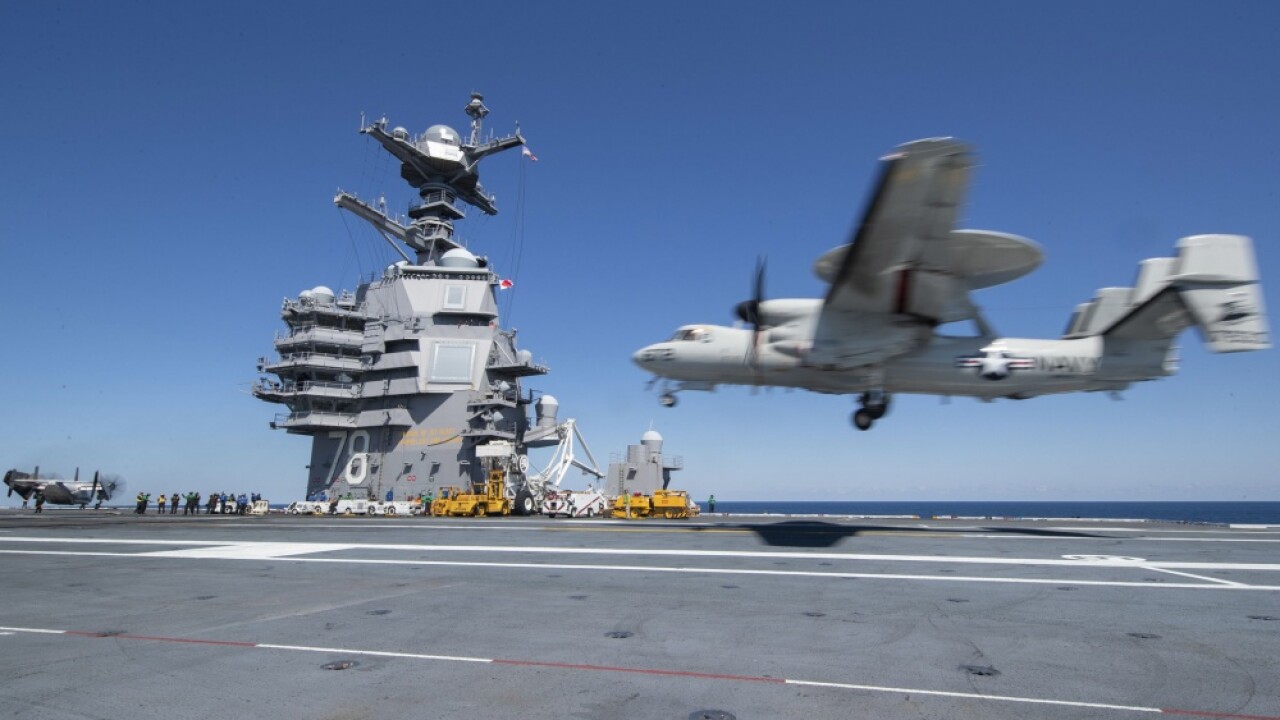 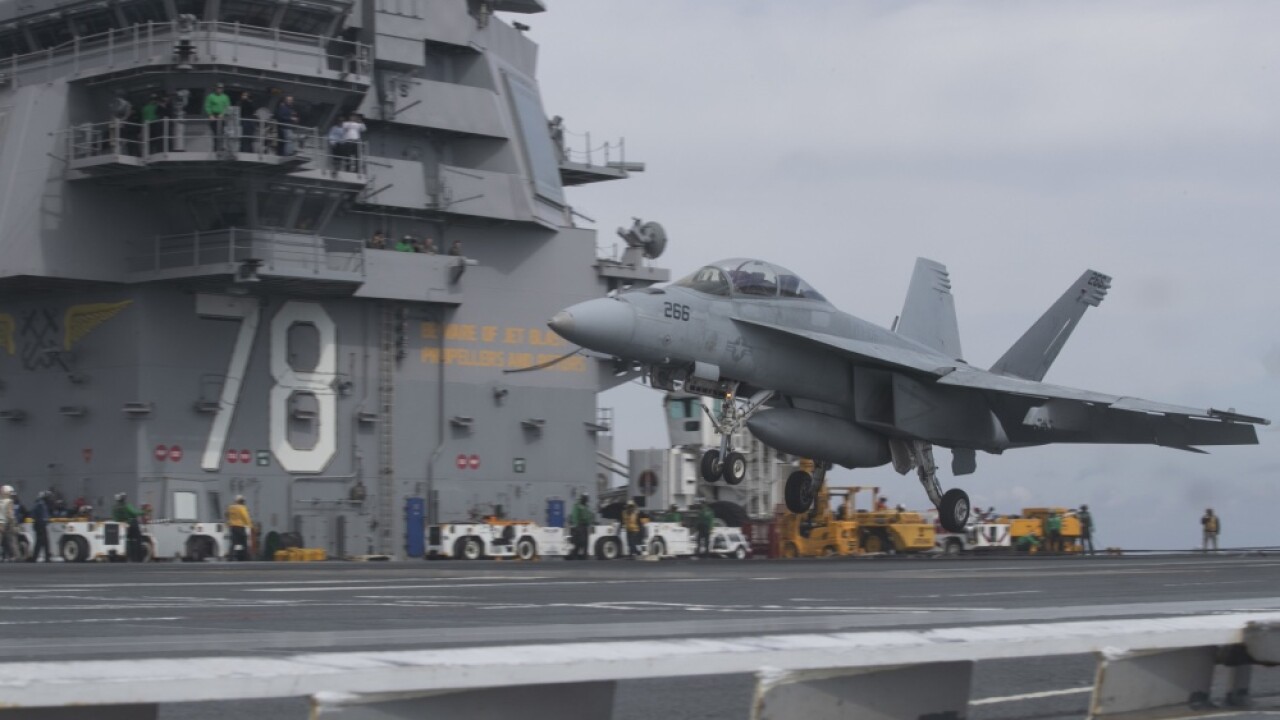 NORFOLK, Va. - Progress continues to be made in the mission to get the Navy's newest aircraft carrier fully integrated into fleet operations.

Earlier this month, the Navy says the Ford held its first-ever Fleet Replacement Squadron carrier qualifications while underway in the Atlantic.

The day and night operations help squadron pilots preparing for deployment complete the final stages of their training. Currently, the Ford is the only East Coast carrier available to qualify pilots.

A few days after the completing the first Fleet Replacement Squadron carrier qualifications evolution, the Ford hit another milestone with the 2,000th trap for the ship.

Student naval aviators and instructor pilots were conducting carrier qualifications at the time on the ship off the coast of Florida.

Lieutenant Junior Grade Cade Warlick executed the 2,000th trap when he landed a T-45C Goshawk on the aircraft carrier.

The Ford is currently in the Post-Delivery Test and Trials period, scheduled to continue through mid-2021.