USS Harry S. Truman and USS Dwight D. Eisenhower operate side by side in Arabian Sea 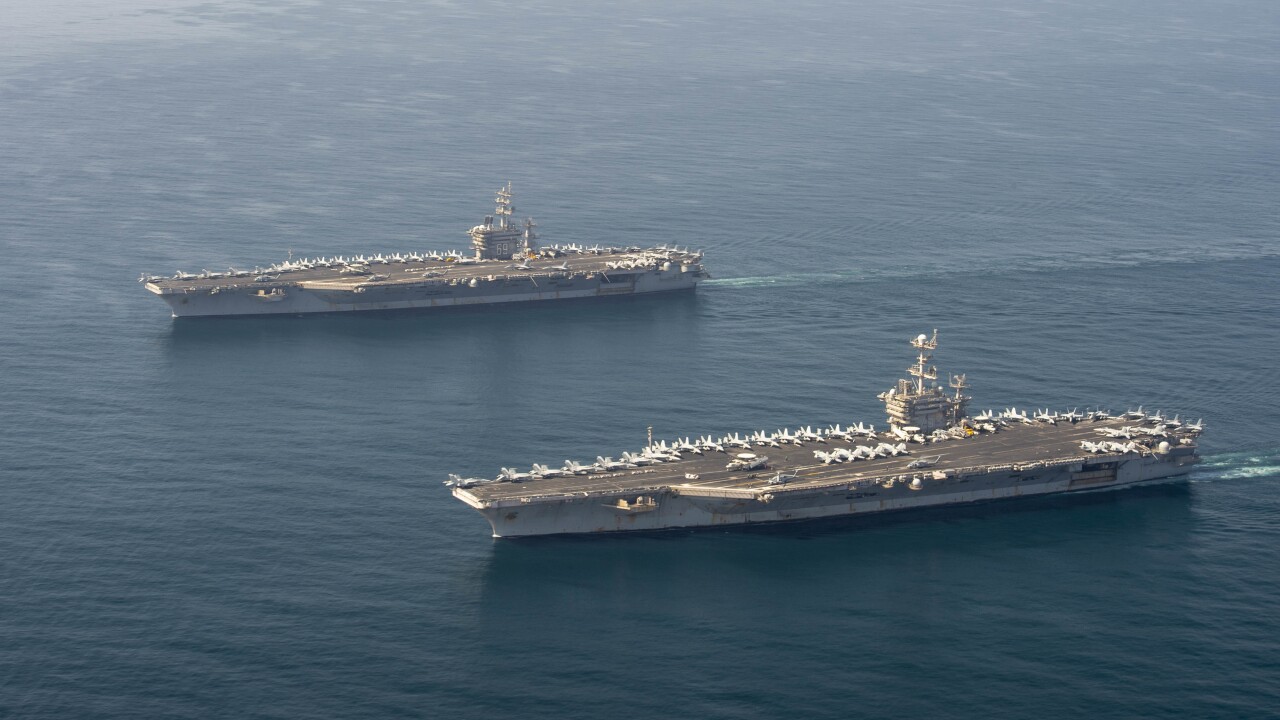 NORFOLK, Va. - Two Norfolk-based aircraft carriers have been operating together in the Arabian Sea in recent days.

The USS Dwight D. Eisenhower and USS Harry S. Truman are both on deployment in the Middle East.

“While we continue to take active steps to prevent and mitigate the effects of the COVID-19 across the Middle East, Naval Forces operating in the region have suffered no impacts to readiness. We remain ready and focused to respond forcefully and decisively to any aggression,” said Vice Admiral Jim Malloy, Commander of U.S. Naval Forces Central Command, in a statement.

“Our two carrier strike groups have been laser-focused on readiness to defeat any threats to security in the region; planning and training specifically against potential threats since June of 2019. While we do not and will not seek conflict at sea, we have never been better postured and more thoroughly prepared to response to it with overwhelming force," he added.

Dual operations began Wednesday and include joint air wing operations with a B-52 Bomber from the U.S. Air Forces Central Command.