Watch a drone deliver supplies to a submarine underway 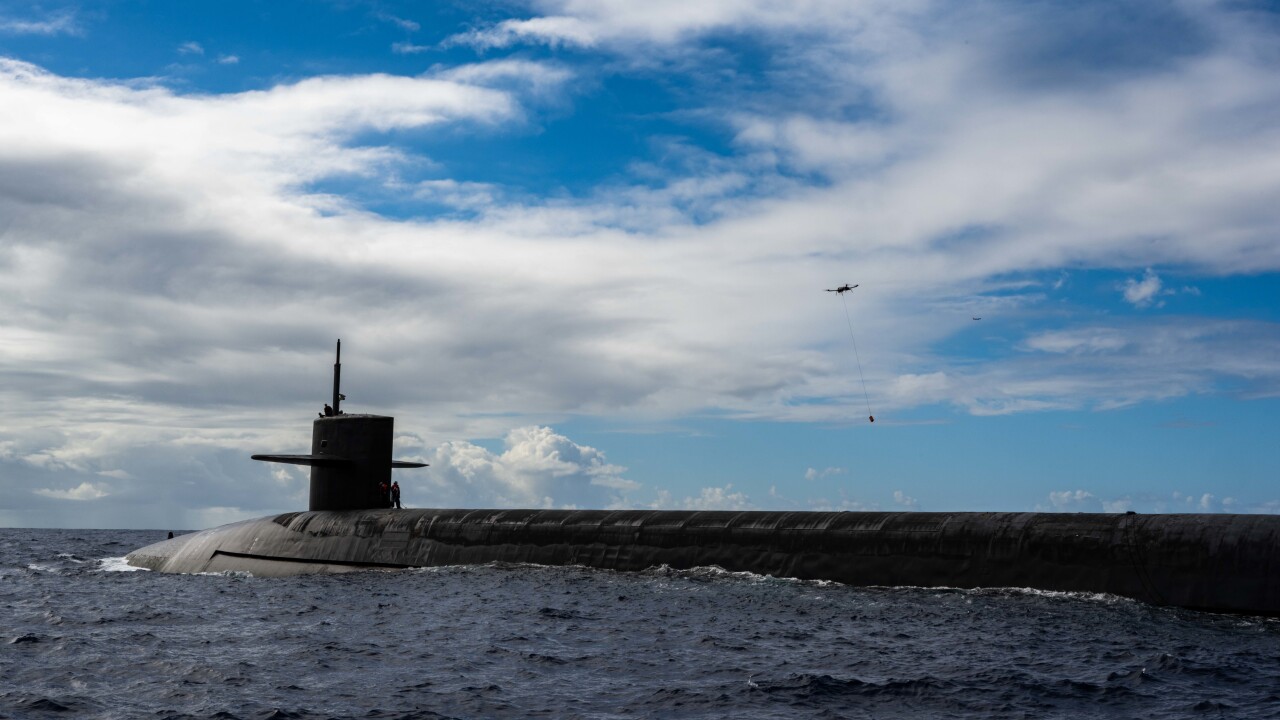 PACIFIC OCEAN - How do you get supplies to a submarine underway at sea? The Navy is showing there are multiple ways.

The Jackson, an Ohio-class ballistic-missile submarine, was operating near the Hawaiian Islands at the time.

It received payloads delivered by a Navy MH-60R Sea Hawk helicopter as well as an underway replenishment from a Marine Corps MV-22B Osprey.

The Air Force also used a C-17 to airdrop a payload down to the Jackson.

The fourth test had a Sailor remotely operating a drone deliver a small payload to the submarine.