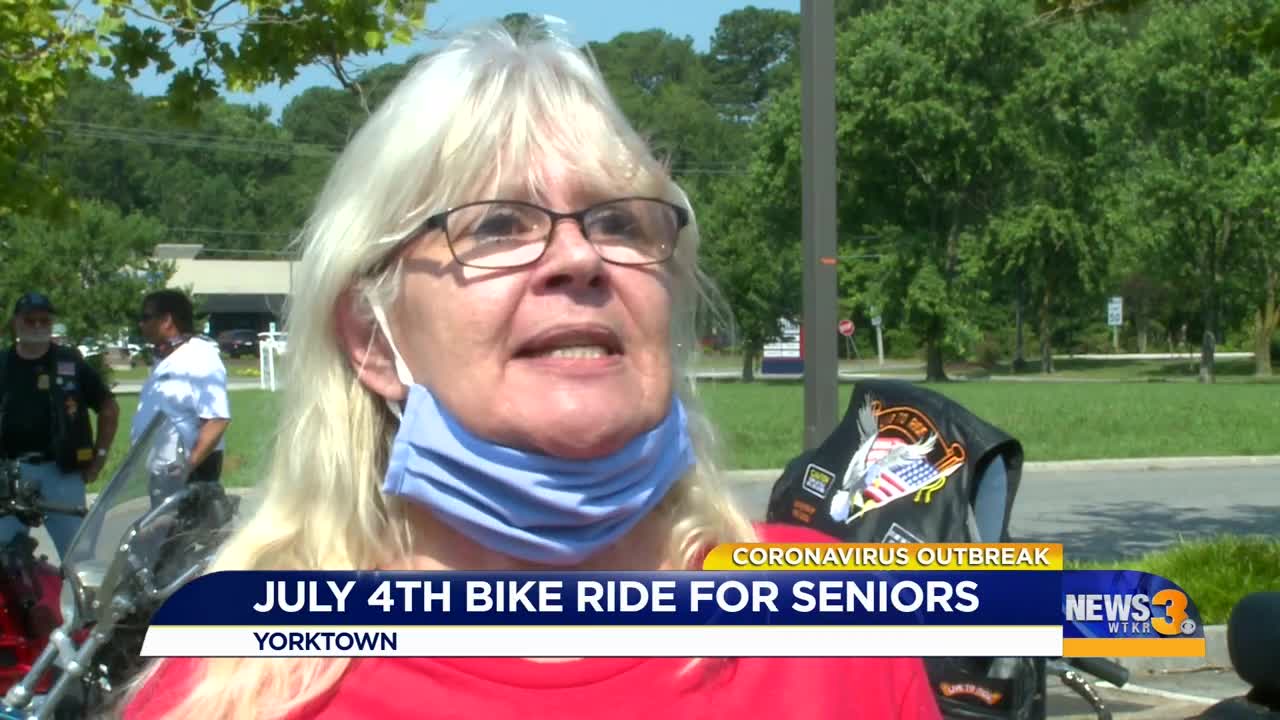 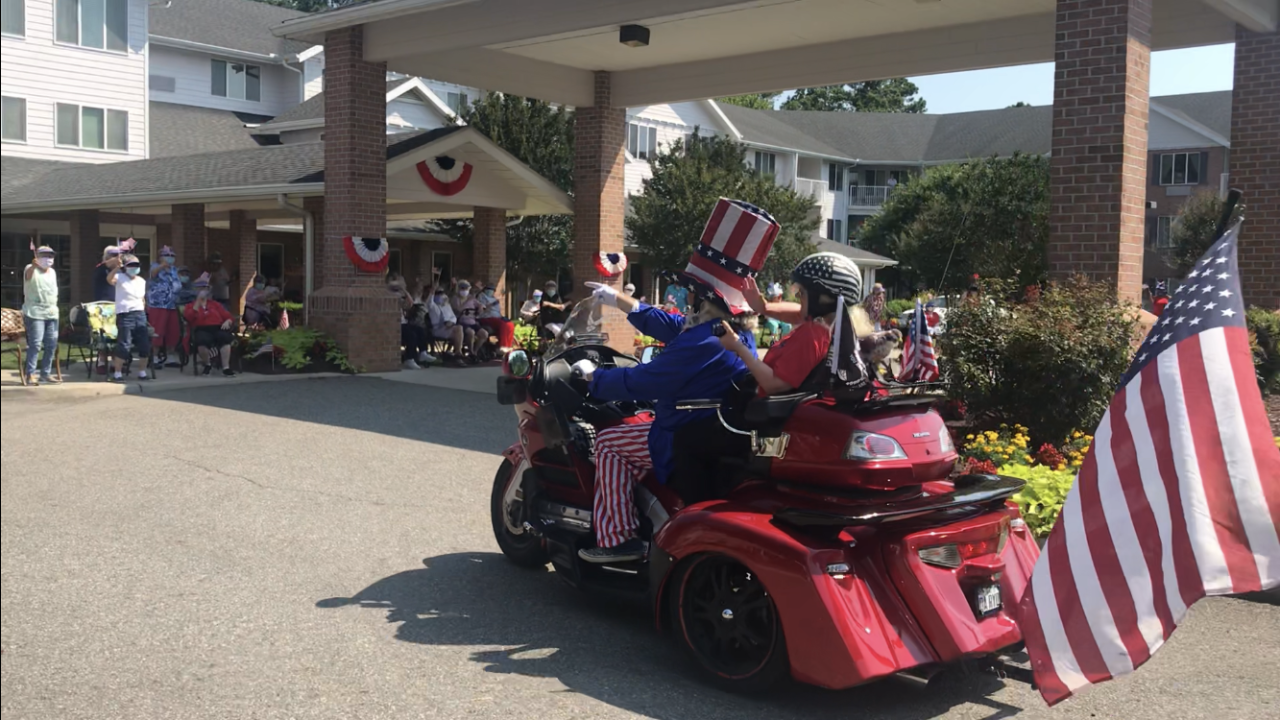 YORKTOWN, Va. - Motorcycles gathered at the Food Lion parking lot Saturday morning to not only celebrate the Fourth of July, but also local senior citizens at Colonial Harbor who have been self-quarantining for four months due to the COVID-19 pandemic.

"It just warms my heart to no end, it really does,” Sharon Springer, the resident experience coordinator at Colonial Harbor, told News 3.

The bikes donned American flags and patriotic symbols. They went down Fort Eustis Blvd and into Colonial Harbor, where they were greeted by cheering residents waving American flags.

"It's the smiles we share along the way, and that's what we're doing today is sharing a whole bunch of smiles,” Keith McAuly, a bike rider dressed as Uncle Sam, said. "They remember it better than we do, they know what we've been through.”

It started with a radio station raffle where the winner would get a ride with McAuly, dressed as Uncle Sam. He wore an American-flag style suit with a helmet fitted as Uncle Sam’s top hat.

It grew into a larger display, however, when Springer inquired about the raffle and asked if they could ride through Colonial Harbor. Springer said the residents looked forward to this day.

"They've been super excited,” Springer said. “One of my residents yesterday came down in her own Uncle Sam outfit and said ,'Did I miss it? Did I miss it?' and I said, 'No, you're a day early."

There were several riders from as far as Norfolk, Saluda, Gloucester and Mathews. Charles Kilmon, a Navy veteran, was one of those riders from Mathews.

"I'm proud to have been in the military to serve my country,” Kilmon said. “Now I can still serve in a manner that's still very patriotic and fun to do."

The ride took two laps around the drive-through circle in front of the building’s main entrance. After the ride, McAuly got off his motorcycle and greeted each of the senior citizens.