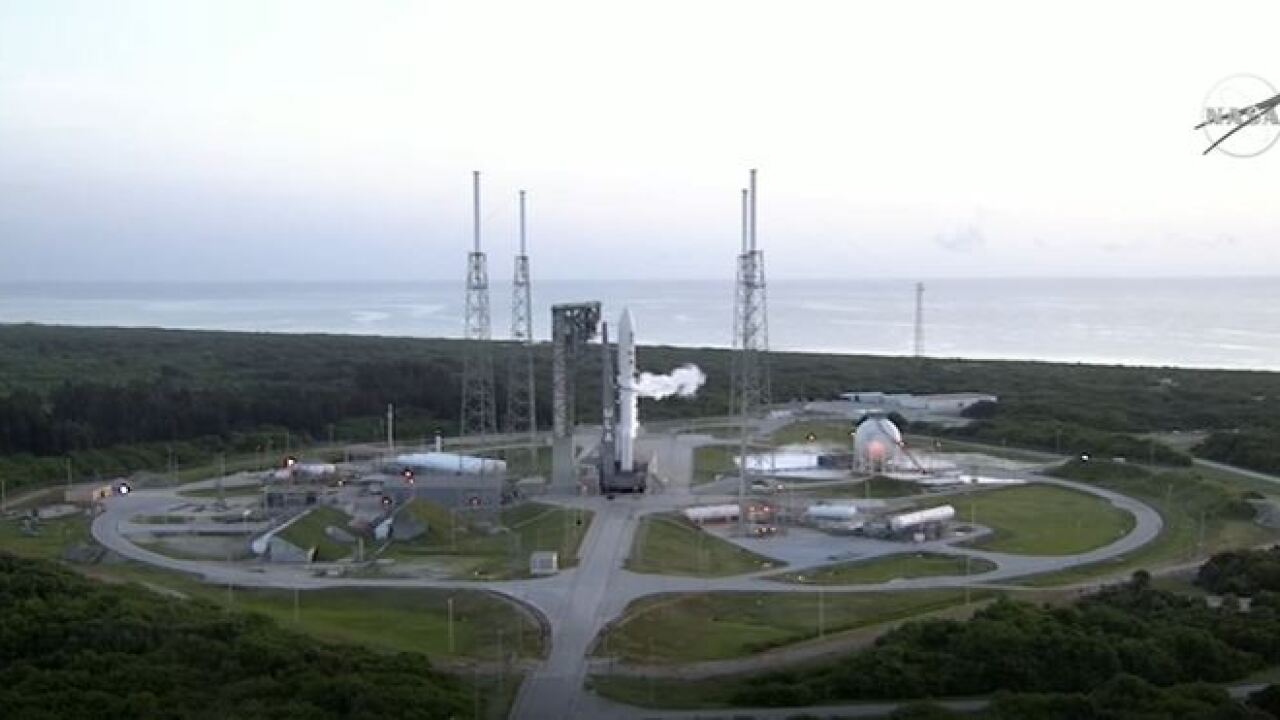 NASA's Perseverance blasted off from Cape Canaveral, Florida, atop an Atlas V rocket. Even though the launch is hundreds of miles away, a lot of the research for this project happened at NASA Langley Research Center in Hampton.

The first martian helicopter was tested at the research center in Hampton. It will join Perseverance on its trip to Mars - scouting out routes for the rover.

NASA Langley's lead aerospace engineer, David Way, helped develop the heat shields to keep everything intact while the rover lands on the surface of the red planet.

He told News 3 anchor Beverly Kidd this landing site is a challenging one. A crater that used to be a lake - Way explained this spot could also help answer the question about life on mars.

"Do you think that we'll find that there was life on Mars or there is life on Mars? That's a hard question and that's the questions we're hoping to answer. I don't know if life existed there 3 billion years ago, but the two planets Earth and Mars at that time were very similar. Mars was a very different place that it is today. Mars was wet, it had rivers it had lakes it was a place that we know had water that could have been habitable for life and we know at that same time back on Earth life was developing."

The rover's name Perseverance came from a seventh grader in Virginia, Alex Mather, who won an essay contest.

It's the first step in an ambitious project to bring the first Martian rock samples back to Earth to be analyzed for evidence of ancient life. The six-wheeled rover will drill down and collect tiny geological samples that will eventually be retrieved and brought home in about a decade.

China and the United Arab Emirates also have spacecraft en route to Mars, after launching last week. They are all due to arrive at Mars in February.