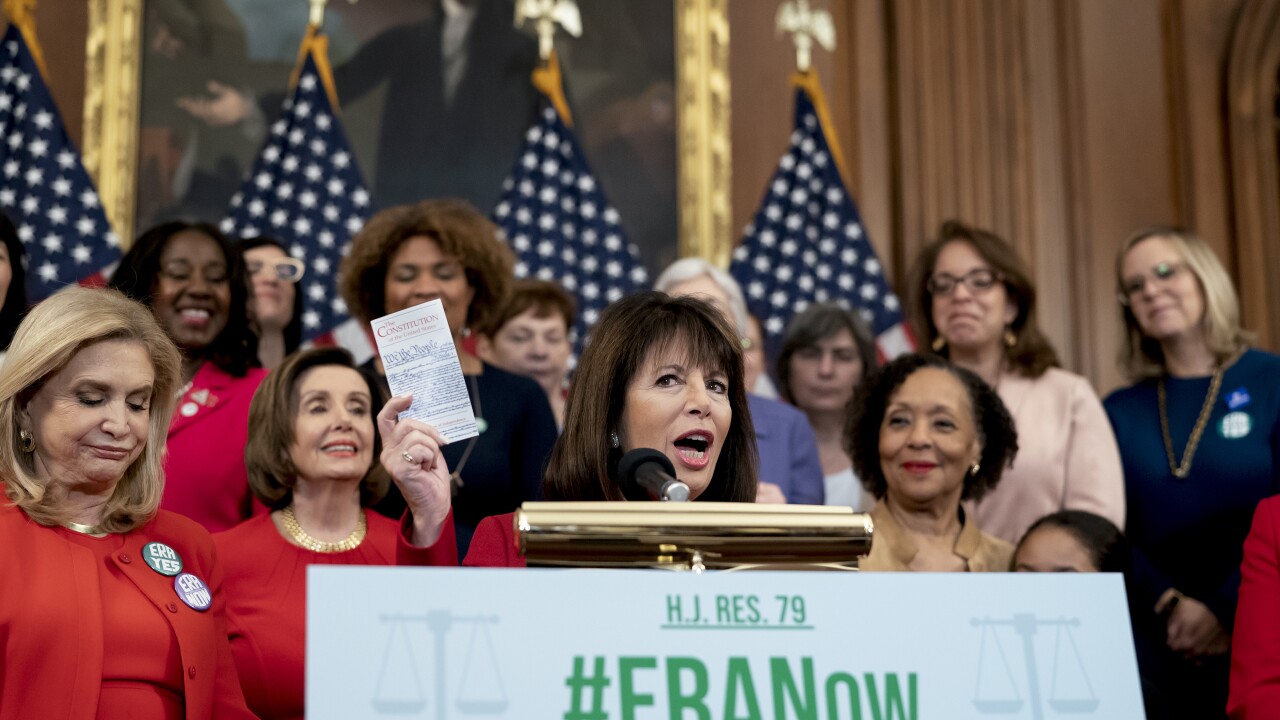 J. Scott Applewhite/AP
Rep. Jackie Speier, D-Calif., joined from left by Rep. Carolyn Maloney, D-N.Y., and Speaker of the House Nancy Pelosi, D-Calif., and other congressional Democrats, holds up a copy of the Constitution during an event about their resolution to remove the deadline for ratification of the Equal Rights Amendment. at the Capitol in Washington, Wednesday, Feb. 12, 2020. (AP Photo/J. Scott Applewhite)

WASHINGTON — In a bid to revive the Equal Rights Amendment, the House has approved a measure removing a 1982 deadline for state ratification and reopening the process to amend the Constitution to prohibit discrimination based on sex.

Democratic Rep. Jackie Speier of California, the measure's sponsor, said there is no deadline for equality.

The House approved the resolution on Thursday, sending it to the Senate. The House vote comes 48 years after Congress first approved the ERA and sent to the states.

We’re thrilled the House has passed legislation to ensure there’s still time to ratify the ERA, and we urge the Senate to follow suit. We’re so proud Virginia made history last month by becoming the 38th state to ratify the ERA. Passing this legislation in the Senate would honor the tireless work of all who worked on this historic effort. It’s unacceptable that one hundred years after ratification of the 19th amendment, women are still not explicitly recognized as equal under our Constitution. The ERA is critical to finally guarantee equal protections to women and bolster our ability to fight gender discrimination.