103-year-old celebrates birthday and end of isolation with tattoo 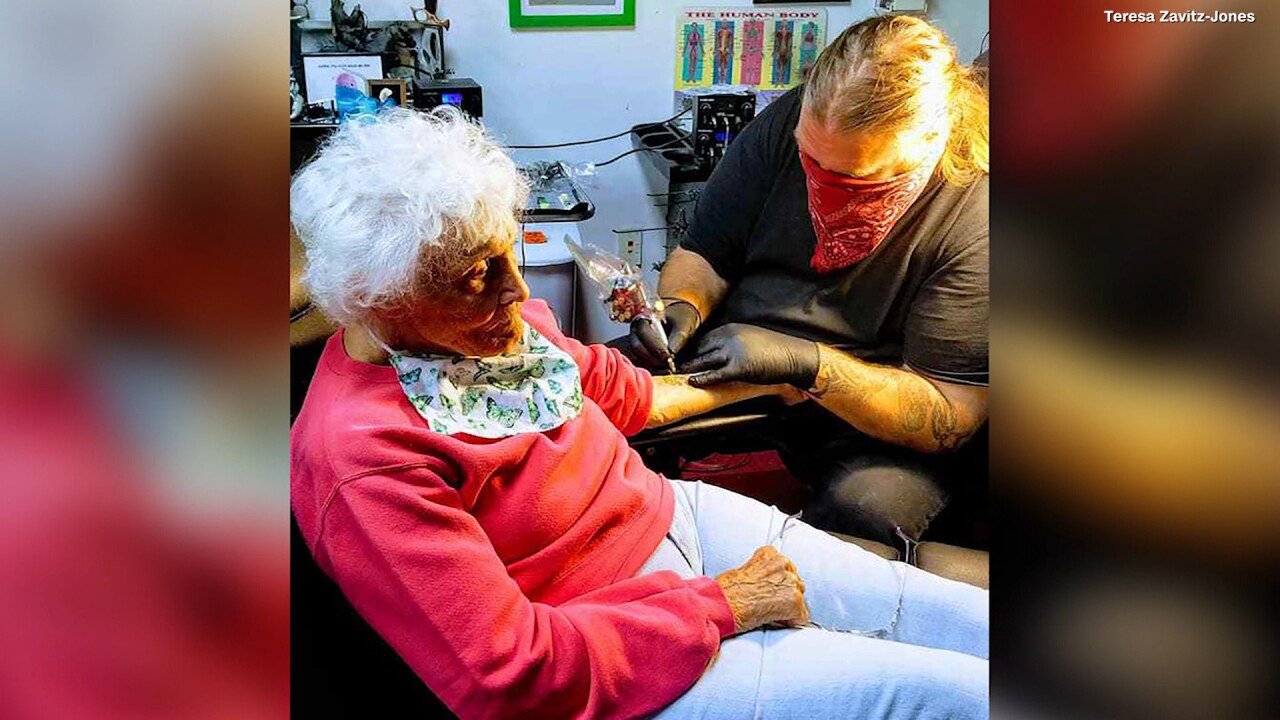 Dorothy Pollack, 103, gets a tattoo after being released from isolation.

After spending months in isolation during the pandemic, when 103-year-old Dorothy Pollack was allowed to leave her nursing home she had a few things on her to-do list.

She got her first tattoo, a frog, to celebrate her birthday. After being in isolation for so long, she said out of nowhere she decided she wanted a tattoo.

Why a frog? Pollack says it’s the one thing she loves more than beer and burgers.

The tattoo artist says Pollack took the experience like a champ and he didn’t see her flinch.

After getting the tattoo, Pollack crossed another item off her bucket list, riding on a motorcycle.