Colorblind boy gets emotional when seeing color for first time 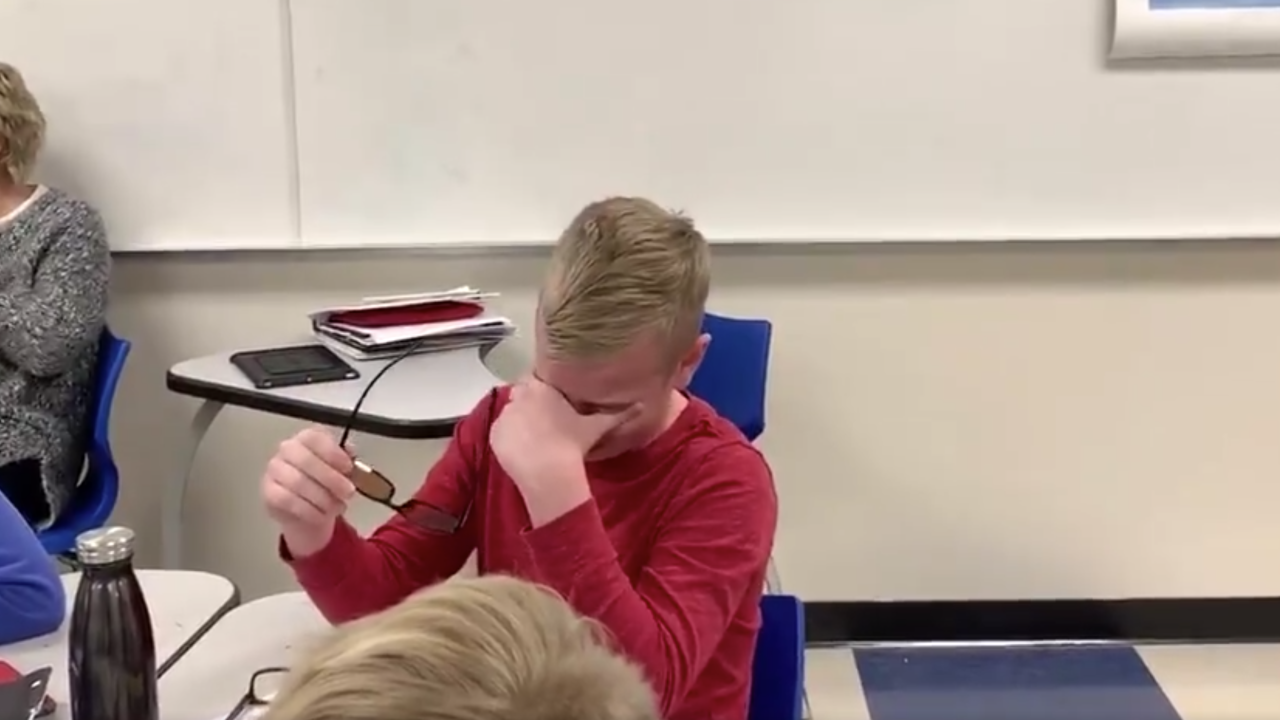 COTTONWOOD, Minn. – A severely colorblind boy recently saw color for the first time and the heartwarming moment was caught on camera.

Ben Jones tweeted the video of his little brother, Jonathan, on Thursday and as of Monday, it’s been liked by more than 130,000 people.

Ben says Jonathan’s class was learning about colorblindness, so his principal, who is also colorblind, brought in his special glasses that allow him to see color. When Jonathan tried the glasses on, "he was very emotional," according to Ben.

In the video, you see Jonathan’s raw reaction to the new sights. He begins to cry and is then comforted by his principal.

My little brother is severely colorblind and so is his principle at school. While they were learning about colorblindness in class, his principle brought in some glasses that let him see color for the first time, and he was very emotional. Check it out: pic.twitter.com/LQhAND9RJq

“That is so awesome. I told you it was going to be a little emotional,” said the principal in the video. “Hey now that just tells you how beautiful the world you have.”

The class then encourages the boy to take new look around the room, including a color-coded periodic table.

“This is just a great example of the huge impact that teachers can have on kids,” Ben wrote. “We need to pay our teachers more; they more than deserve it.”

Since the heartwarming moment, Ben says his mother has started a GoFundMe campaign to get Jonathan his own pair of glasses, “so he can start seeing the world in color.” He says any excess funds will go to the Enchroma Foundation who provide glasses to those in need.