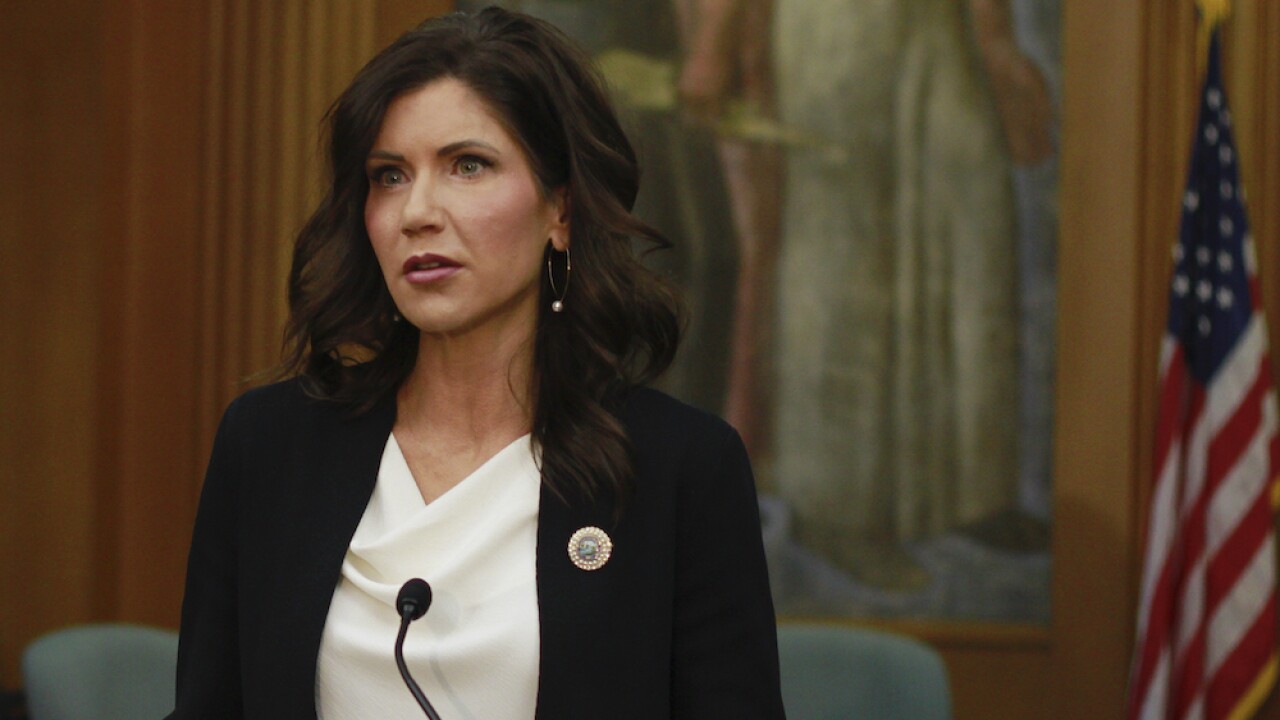 South Dakota Gov. Kristi Noem (R) said in a Fox News interview on Monday that the state would not be enforcing social distancing measures at a Fourth of July event that President Donald Trump will attend later this week.

Noem added that while the state would provide masks to those attending a Fourth of July celebration at Mt. Rushmore on Friday evening, it would not require people to wear them.

"We will have a large event on July 3. We told those folks that have concerns that they can stay home, but those who want to come and join us, we'll be giving out free face masks, if they choose to wear one. But we won't be social distancing," Noem told Laura Ingraham of Fox News on Monday.

NBC News notes that the event's website says 7,500 tickets were given away for the event through a lottery system. Each person who was awarded a ticket is able to bring up to six people.

The event comes as cases of the coronavirus are spiking throughout the U.S. On Thursday, Friday and Saturday, a database kept by Johns Hopkins said the country added at least 40,000 new cases each day — the highest daily amount of new cases since the pandemic began.

In South Dakota, more than 6,000 people are confirmed to have contracted the virus and 91 people have died.

The Trump campaign came under fire earlier this month when it resumed holding rallies in indoor arenas. At a rally in Tulsa, Oklahoma, the Trump campaign did not require attendees to wear masks and photos of the event showed supporters grouped close together, despite ample room in the arena.

Local governments across the country — including many in Southern California — have chosen to cancel Fourth of July fireworks events to prevent large crowds.