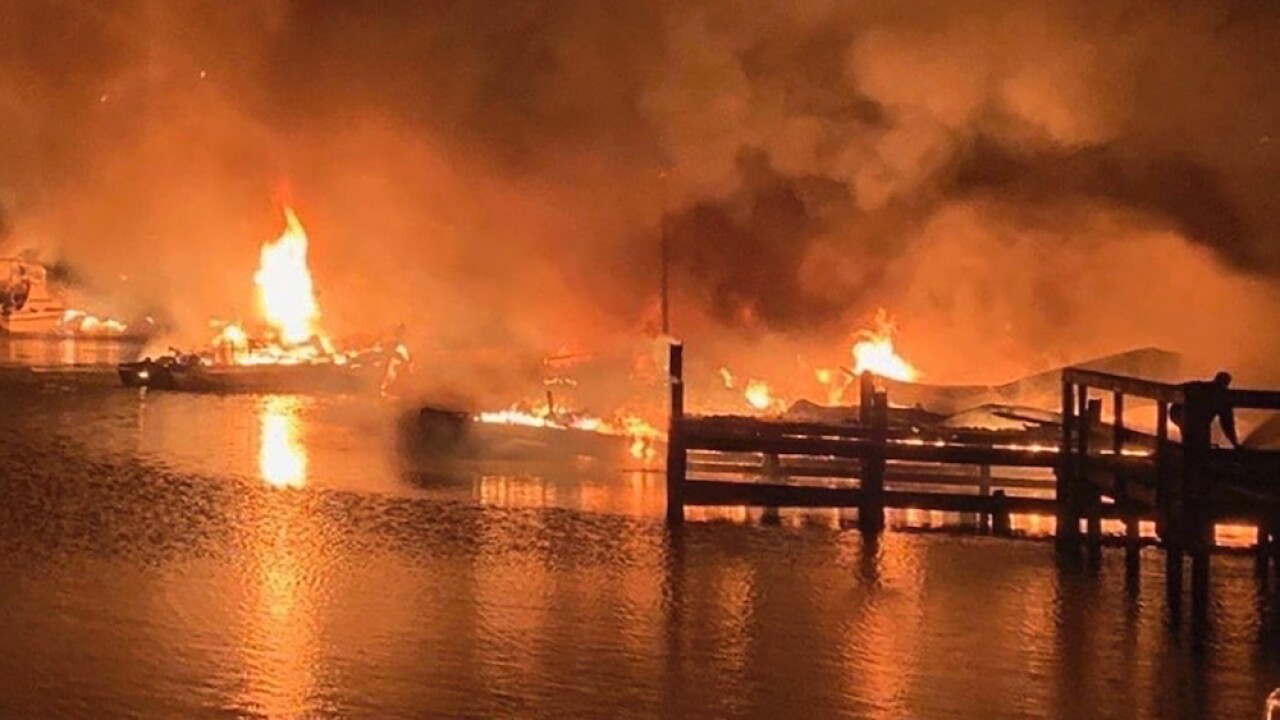 A large fire on a dock in Scottsboro, Alabama has resulted in the deaths of at least eight people, the Scottsboro Fire Chief confirmed Monday morning, according to The Associated Press.

Scottsboro Fire Chief Gene Necklaus confirmed that eight people who were previously listed as "missing" are confirmed to have died. He also indicated that the death toll could rise.

Boaters leaped into the water to escape a fire that consumed at least 35 vessels docked along the Tennessee River.

The blaze was reported shortly after midnight as people living in the boats were sleeping, and consumed the wooden dock and an aluminum roof that covered many of the vessels, cutting off escape routes and raining debris into the water.

Jackson County Chief Sheriff's Deputy Rocky Harnen tells The Associated Press that they're trying to get divers to search for possible victims.