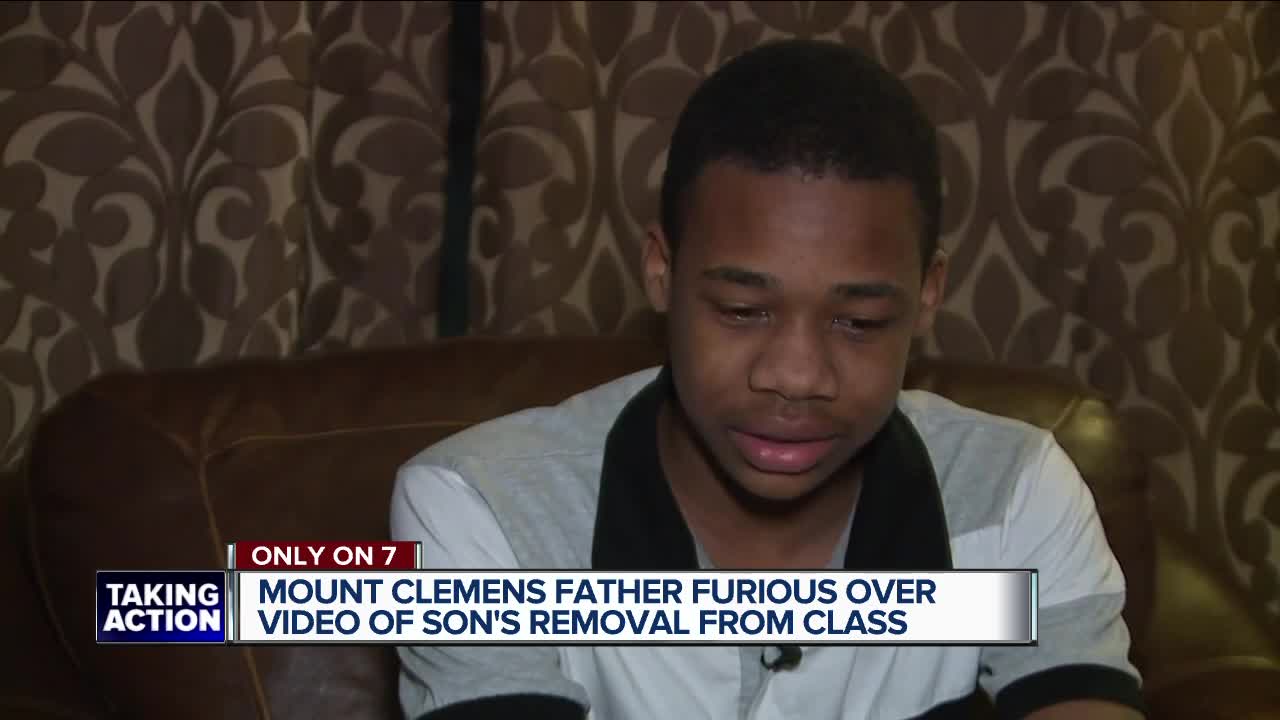 A Mount Clemens father is speaking out after his son was seen on camera being violently taken out of a school classroom. The father says his son was trying to get a login for the computer when the incident happened between him and a substitute teacher. 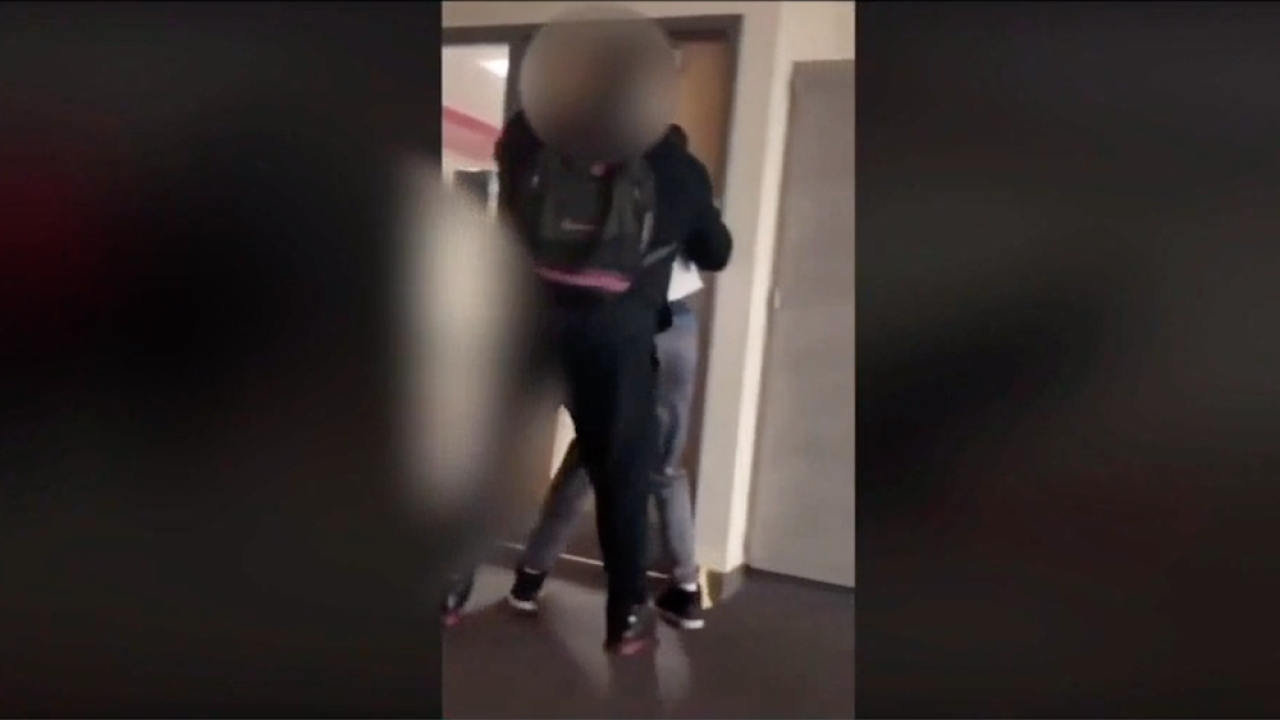 MOUNT CLEMENS, Mich. — A Mount Clemens father is speaking out after video shows a substitute teacher violently removed his son from a school classroom.

Markeston Johnson says his son, Javon Gamble, was trying to get a login for the computer when the incident happened between him and the teacher at Mount Clemens High School Friday morning. The student says he didn't expect the teacher to put his hands on him.

Johnson says he was furious after watching the video.

"I was fierce; I was enraged. I was pissed," Johnson said. "He called crying saying they were sending him home (because) he was asked to be removed from class and that a teacher had put their hands on him and ripped his clothes."

"In the first five seconds of the video clip, he got his hands around the back of my son's neck, he nearly broke his arm," Johnson said.

The video begins with Javon talking to the teacher, but things quickly turn sour.

"He grabbed my arm," Javon said. "He got aggressive and that's when everything escalated."

In a statement, Mount Clemens Community Schools superintendent Teresa Davis said the school became of aware of the incident on Sunday and said actions by the teacher "would not be tolerated."

"The adult shown in the video is an employee of EduStaff, who was assigned to Mt. Clemens as a paraprofessional. This individual will not be returning to Mt. Clemens," Davis said in a statement.

Johnson says the behavior is a bad example to students, and the teacher should never be allowed in any classroom again.

"You as an adult and being a professional substitute or security or whatever they want to consider you as, you had no self control over your force and the strength that you use with a minor," Johnson said.

Johnson said he filed a police report regaridng the incident.