Homeless man, who has lived in woods for three years, now faces eviction

Homeless man, who has lived in woods for three years, now faces eviction 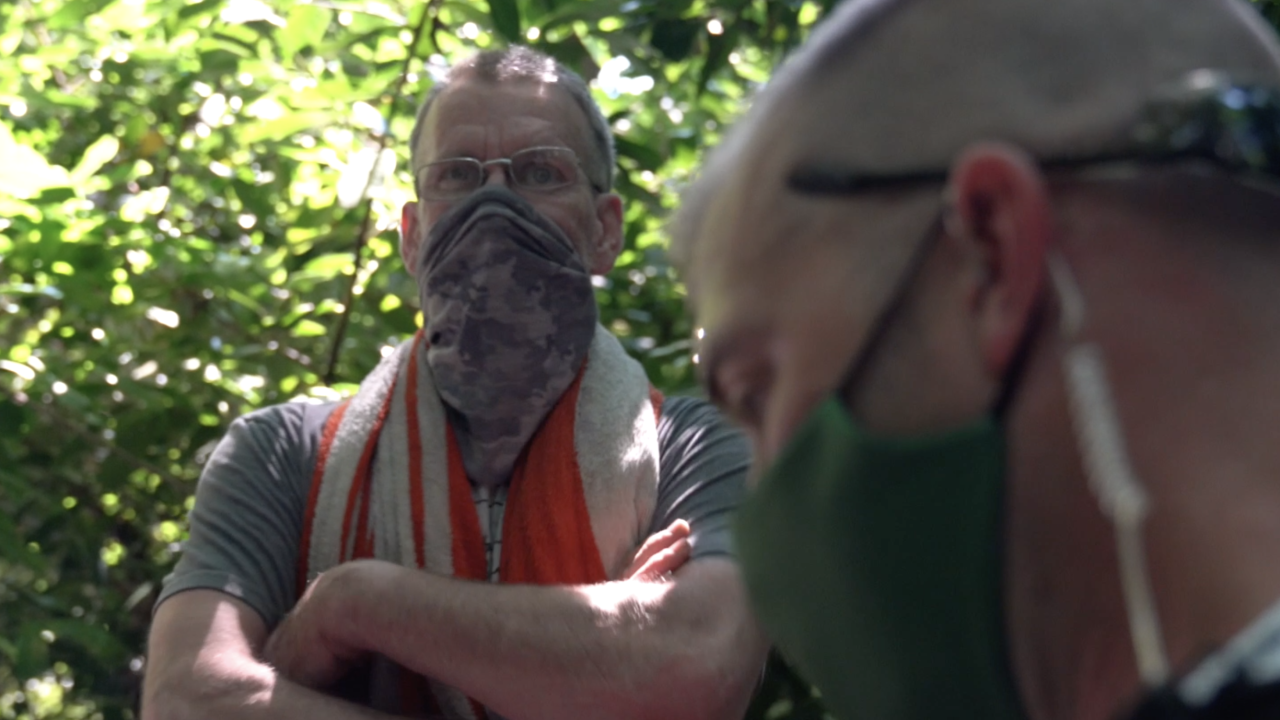 Detective Scott Mandella is hiking near Burien, Washington. With him are two outreach workers. They’re looking for homeless people who, Mandella says, live in the woods.

Right now, he’s looking for someone in particular: a man by the name of Ed Davis.

“Have you made any efforts to reach out to the VA lately? What do you got going on man? You deserve a lot more than this,” Mandella said to Davis after locating him.

Davis replied, "Well, I applied for the stimulus and all that."

Davis says he’s lived in these woods for about three years. It's been three years with no heat, dealing with the elements, and fighting to survive.

His story is a lot like others who end up homeless. He made some mistakes, and now he’s paying for them.

“Years ago, I sold my house, out in the peninsula. I had good intentions of reinvesting it," he recalled. "When I have problems, I kind of get into a self-destructive mode, and I blew the money. Started doing drugs and everything. You know, I battled with it for quite some time and ended up out here,” said Davis.

It may not look like much, but Davis has built a walkway down to where he sleeps, decorated his front entrance, and he even keeps fresh milk from spoiling by cooling it in the stream that runs by.

He isn’t the only one who lives here. The outreach workers brought sandwiches and left some for the other people living in the camp, who were present at the time.

But Mandella came for a different reason, and it was to let Davis know he has to leave his home in the woods. Mandella says the city parks department is going to evict him, and the others who live in the woods, within a few weeks because of complaints from walkers and people who live nearby.

Davis likely only has a few weeks left before he’s forced to leave the place he has called home for the last three years. He hopes to get a hold of his stimulus check and use it to find a place to live.

He said he's hoping to find a new place to live that offers some solitude. Solitude he may have to cherish for just a few more weeks before he faces more uncertainty.