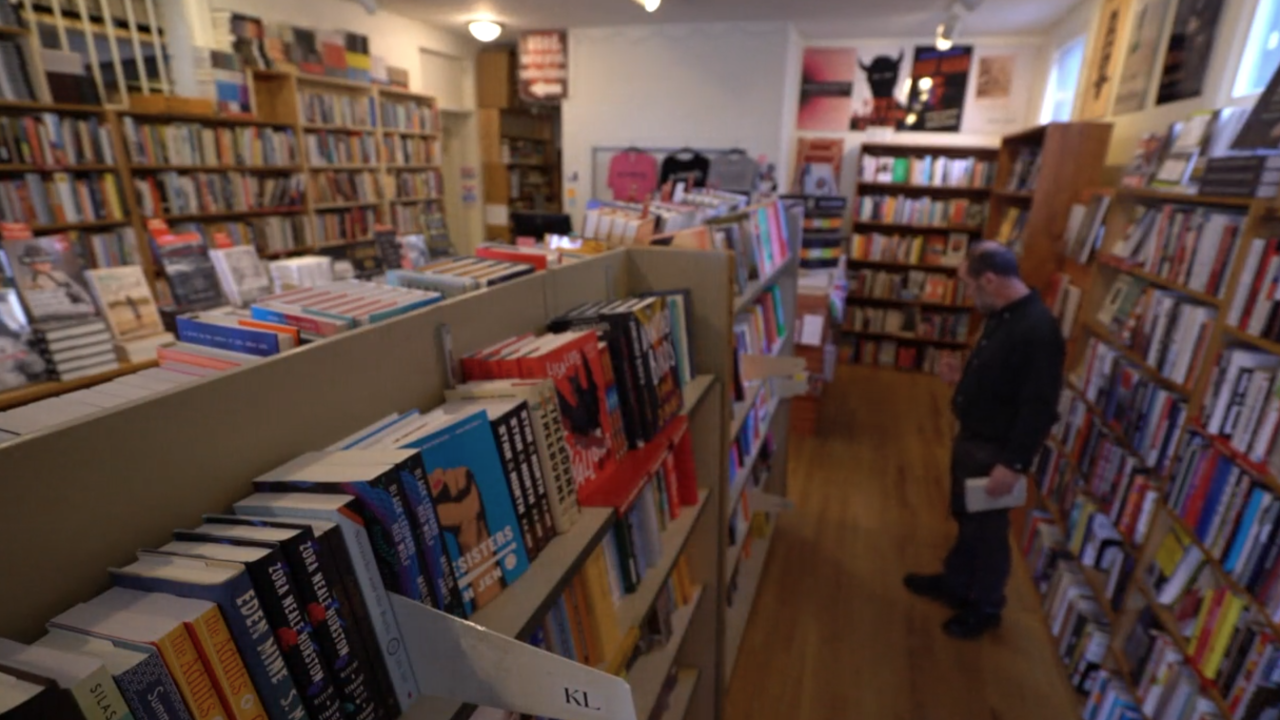 ATLANTA, Ga. – Frank Reiss has a deep love for books.

"I think they're beautiful," he said. "I love looking at them, I love holding them."

The success of the titles, authors and tales on the shelves of his Atlanta shop are a big part of the twists and turns in the story of his small business.

He opened A Capella Books in 1989. In the beginning, he focused on books that were hard to find.

Then, people started to turn to the internet for books.

"When Amazon showed up, books came pretty available, anyone with a computer could find a book anywhere and it got more and more that way," Reiss said.

Reiss says his expenses continued to rise while his sales didn't. To keep his business and his job alive, he had to climb into a hole. He says he started putting expenses on credit cards. He says 15 years ago, the debt was at its worst.

"I probably got to about a quarter million dollars in debt," he said.

The plot twist that changed his store was figuring out what to offer the internet couldn't.

"We could really capture an audience for books when you could bring the authors to town or store or other venues in town and give their fans the opportunity to meet them and get their books signed," Reiss said.

Reiss started to work with the Carter Presidential Library, not far from A Capella, to hold book signings and events. He also started to sell newer books and moved his business to a cheaper location.

"Sales versus our low point versus now is probably six times the revenue that we had at its low point," Reiss said.

He also says an independent bookstore has a human element the internet does not.

"We know our customers' reading taste, they know our taste, we have conversations and it's a very real experience," Reiss said.

Independent book sales rose steadily at the end of last decade, according to the Independent Booksellers Association.

“I think you can open a book and just be. They can take you anywhere,” said Reiss.

While commerce is king, for the characters with a more personal touch, the end hasn't been written.