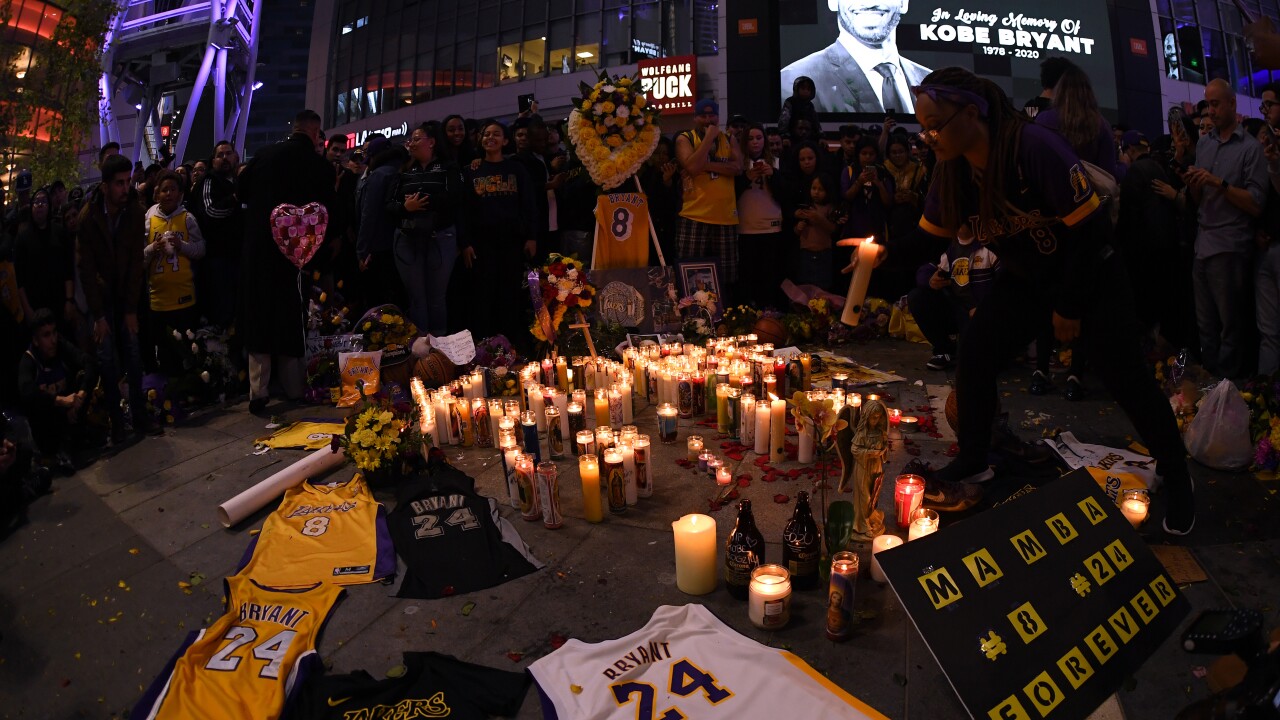 The former Los Angeles Lakers shooting guard and his 13-year-old daughter, Gianna, were among nine people killed Sunday morning in a helicopter crash near Calabasas.

Investigators with NTSB and FAA are continuing to collect evidence at the scene as they work to piece together what led the aircraft to go down along a hillside.

Following the news of Bryant’s death, people from around the world began sharing how much the sports figure meant to them.

Understandably, residents of the City of Angels are some of the fans taking the news the hardest. He spent his 20-year career with the Lakers, helping the team take home five NBA championships.

Starting Sunday evening, many fans gathered to mourn together outside the Staples Center, the arena where the Lakers play, and where Bryant became a household name.