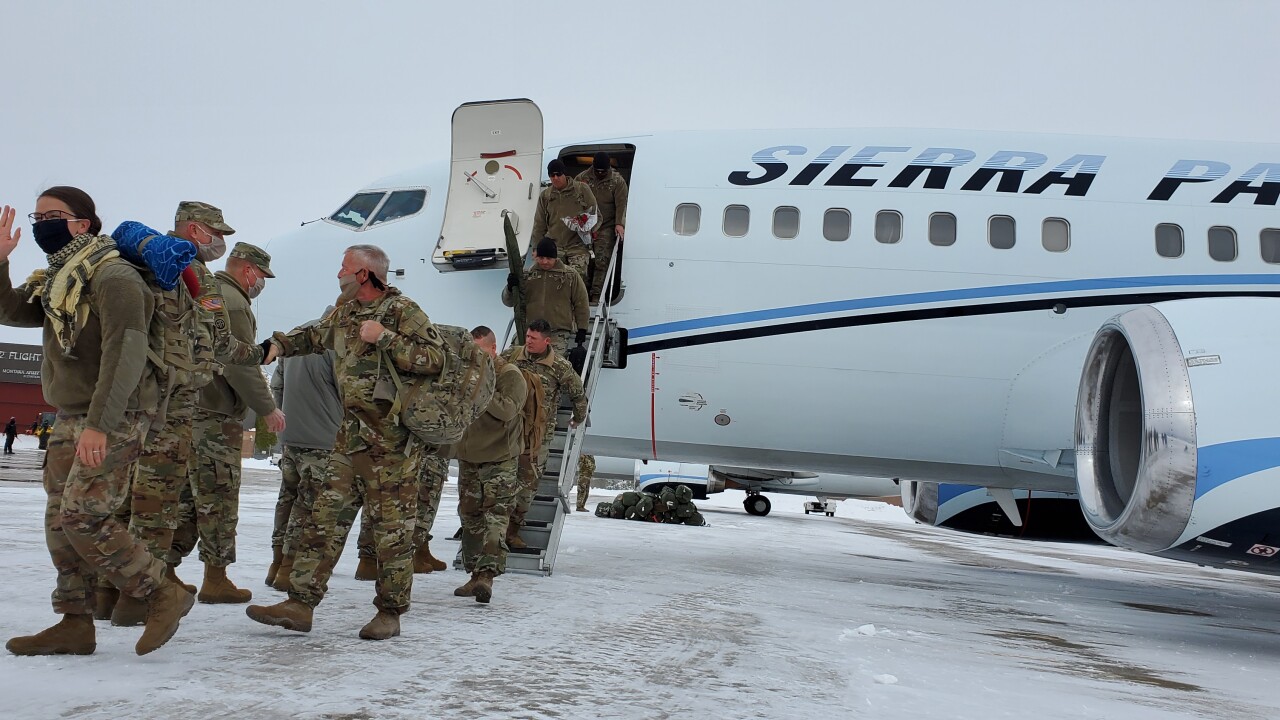 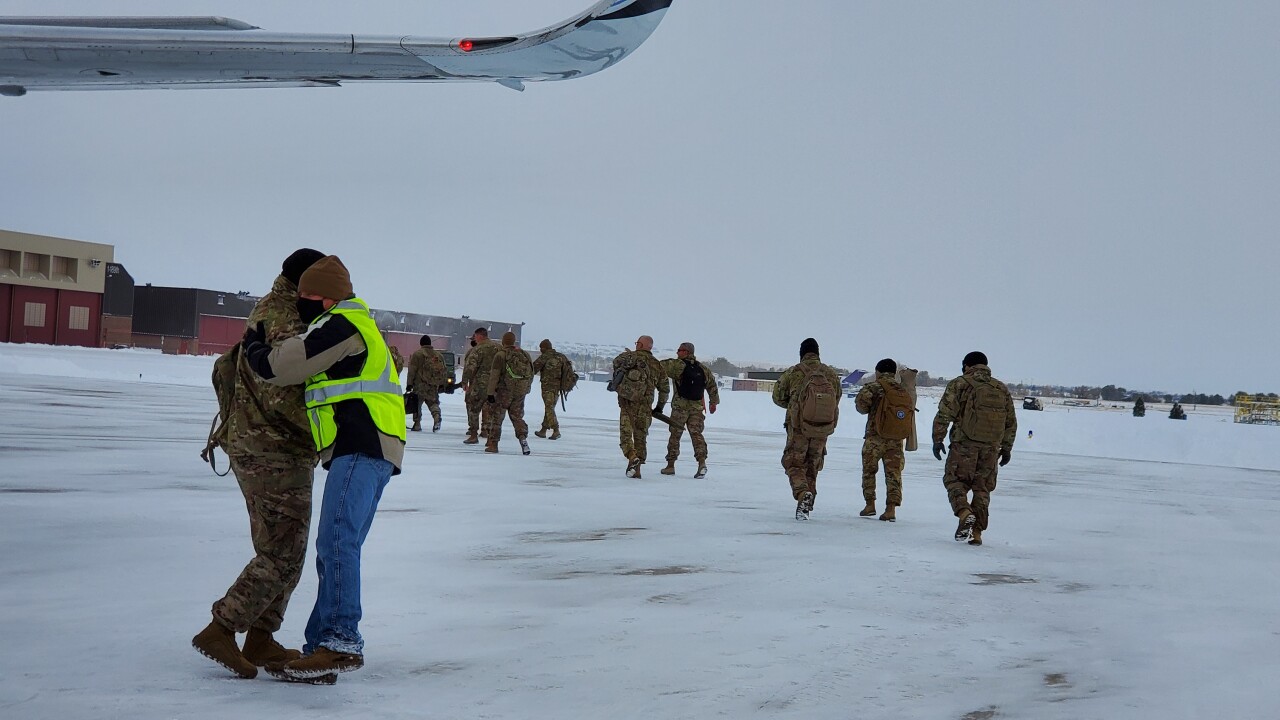 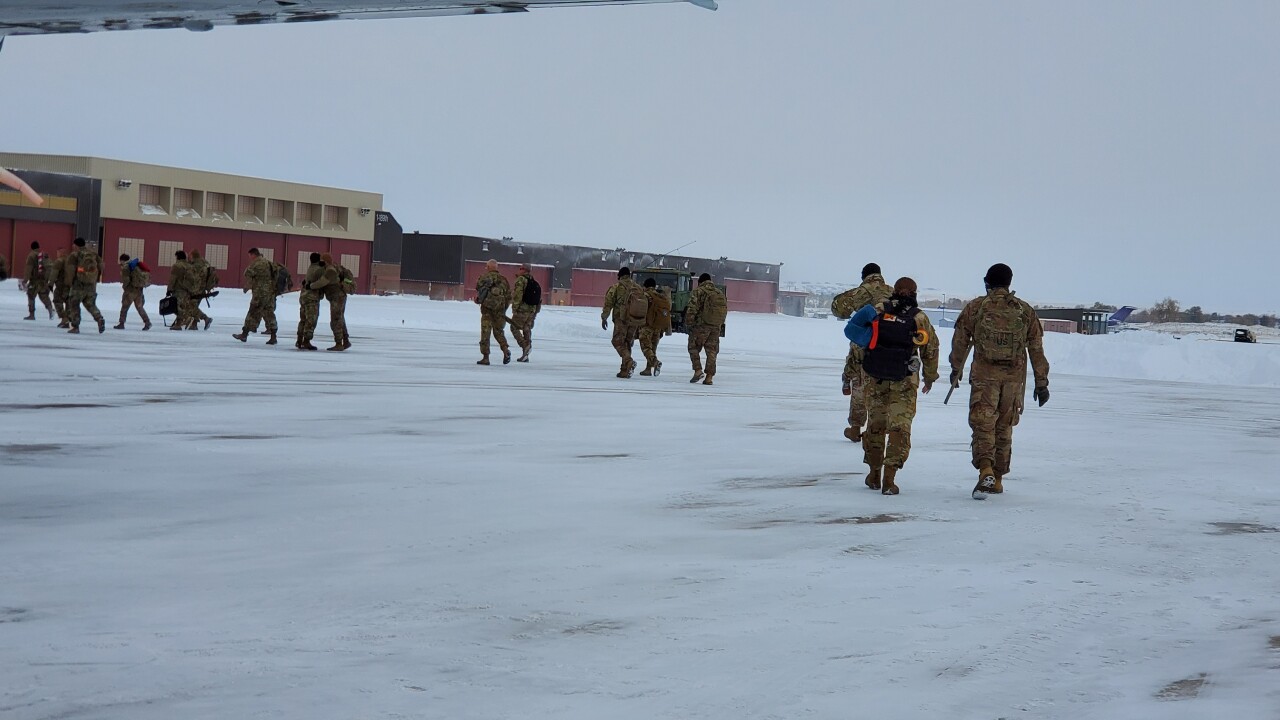 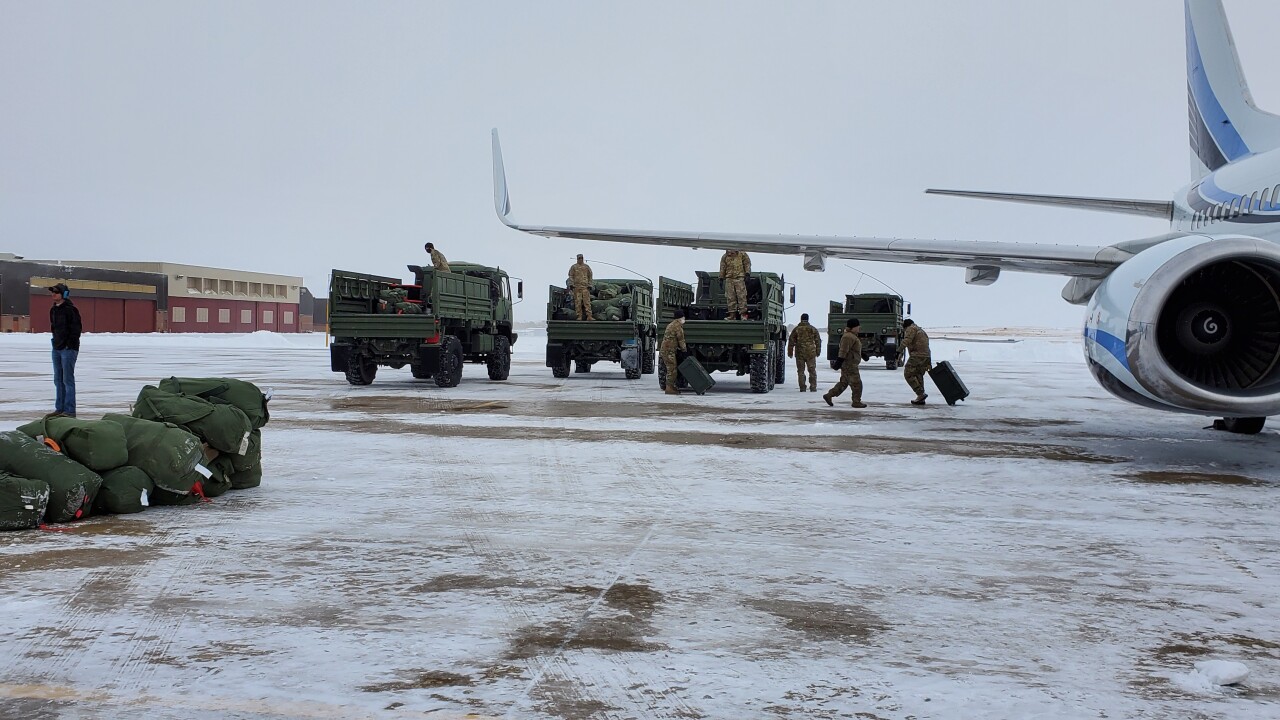 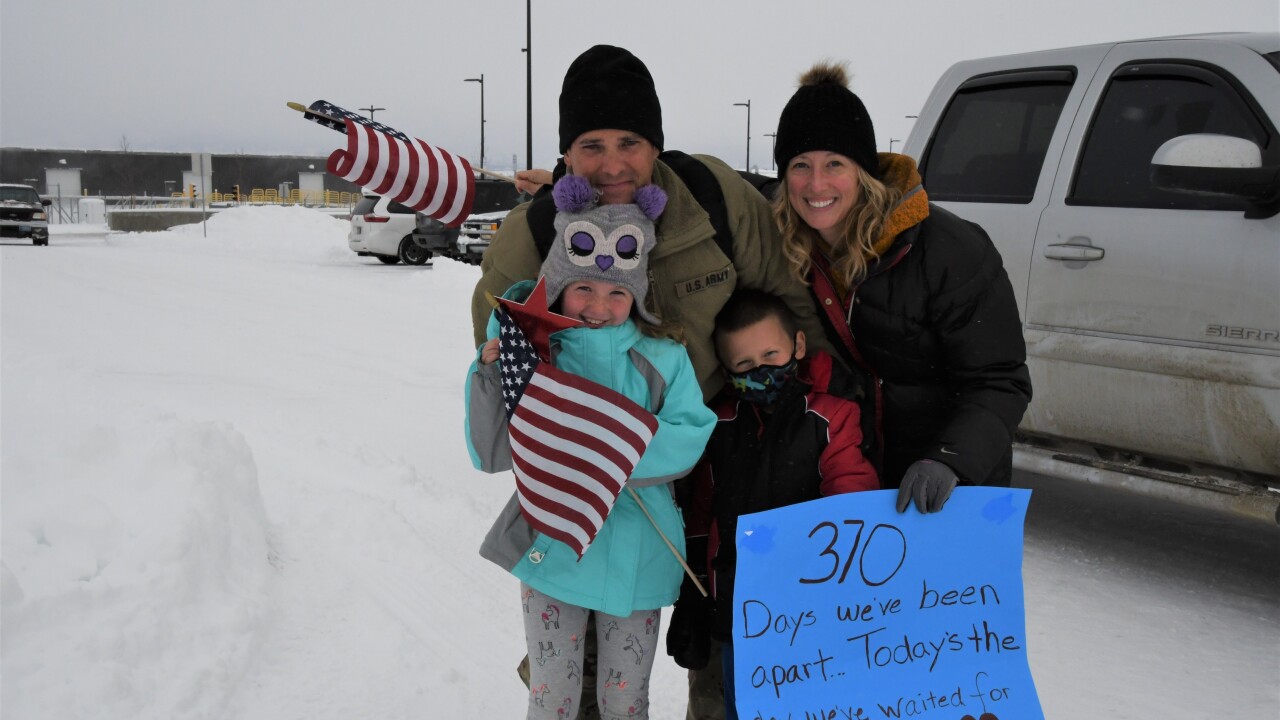 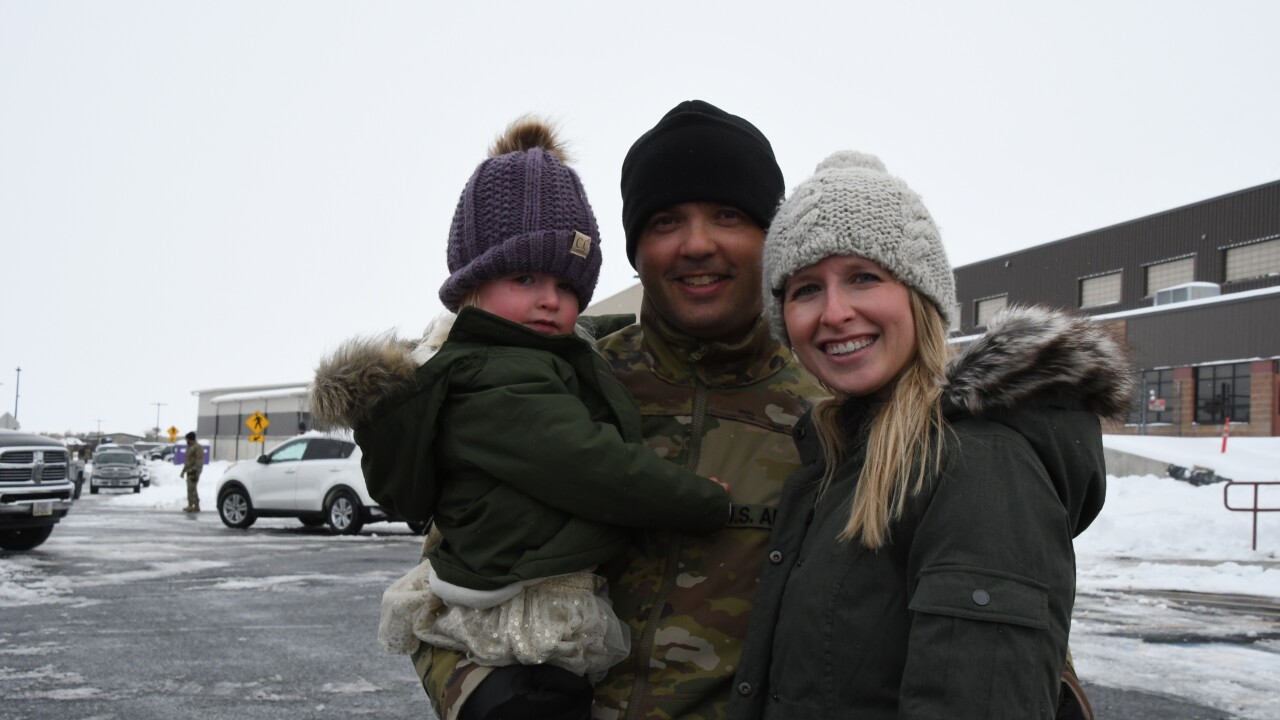 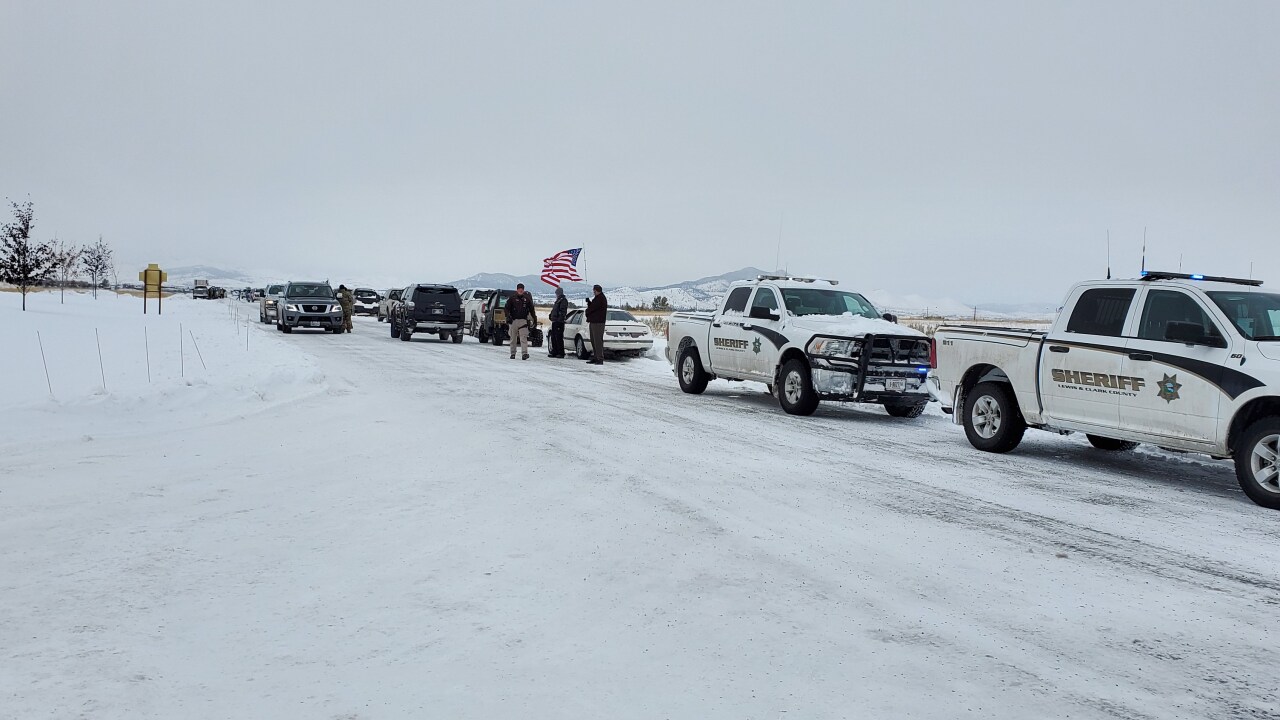 HELENA, MT. - About 120 soldiers arrived in Helena after a year-long deployment to the Middle East.

“The wind, the weather, they're coming out of Fort Hood, which is much warmer and they're stoked,” says Donald Emerson, Assistant Adjutant General for the Montana National Guard. “They're happy, doesn't matter. They're just glad to be with their families. It's great to see."

In total, about 240 soldiers reunited with their families in Montana, dropping them off in airports nearest to home. The Montana National Guard dropped off their soldiers in groups of about 50 to maintain pandemic changes. Then they were led to their families, and they also received a community reunion from people outside the hangar waiting to welcome them home.

“I just wanted to welcome these guys home,” says Puanani Wevers, a Helena resident. She stood outside waving an American flag as soldiers were leaving the hangar. “I mean, it's been a year that parents have, you know, not had their children home and loved ones. The least we can do is come out and support these guys."

The Montana National Guard respectfully declined all interview requests with these soldiers, simply stating they just wanted to get them home in the arms of their loved ones.

This story was first reported by Alexie Aguayo at KXLH in Helena, Montana.