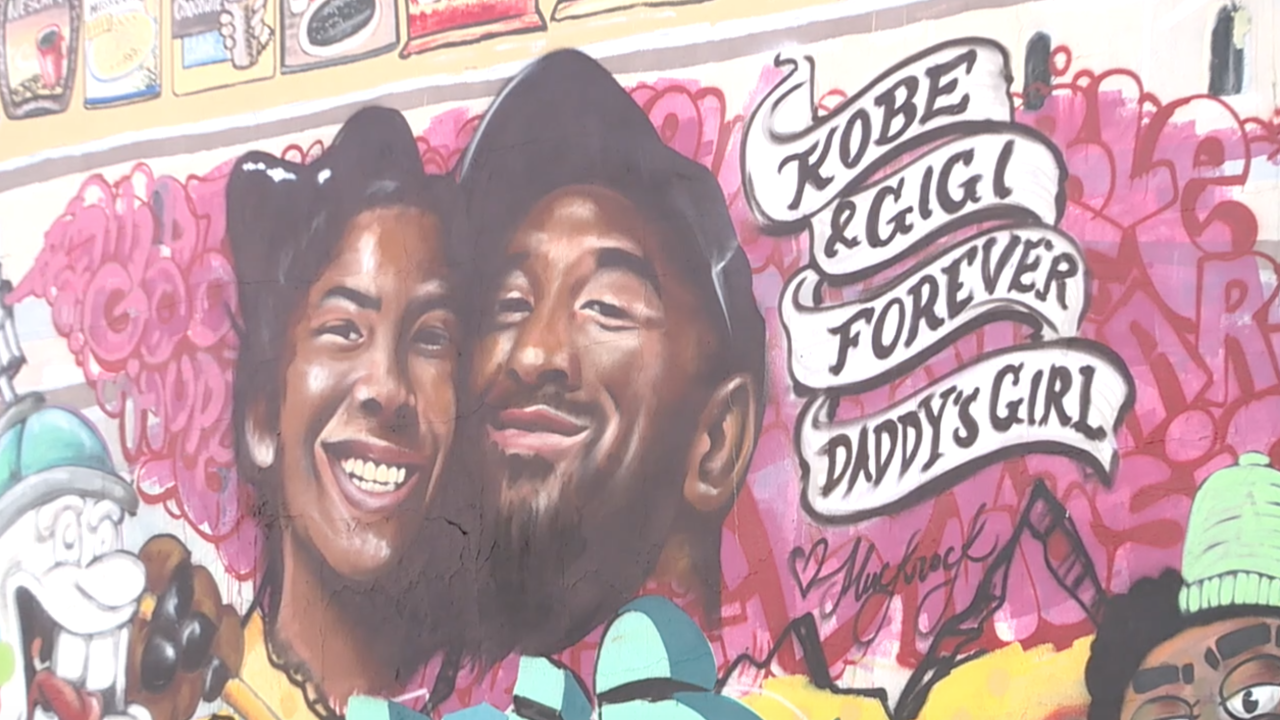 LOS ANGELES - A mural popped up overnight of Gigi and Kobe Bryant with the message “Forever Daddy’s Little Girl,” just miles from Downtown Los Angeles. It took less than 24 hours after Bryant and his 13-year-old daughter died in a helicopter crash for the mural to come to completion.

This mural is one of several to sprout in the Los Angeles area.

A Los Angeles artist, who goes by the Instagram handle “Muckrock,” asked for permission from a local shopkeeper to paint the mural on the side of the Pickford Market.

“We had a neighbor, a customer who routinely shops here had reached out, asked if an artist named Muck Rock can pay tribute,” Pickford Market owner Mandeep Singh said.

Singh said yes to the request, knowing this would become a place of comfort for his community.

“It’s beautiful, both of them smiling together, I think it's going to bring about a lot of memories,” Singh said.

As word of the mural spread, fans slowly started showing up to take pictures and remember Bryant.

“Being like my lifetime Michael Jordan of our era it's very important, It's the best way you can respect somebody's life, after they've lived it,” one L.A. resident said.

Fans are also leaving behind flowers and candles at the base of the mural as they remember the championships and excitement Bryant brought to Los Angeles.