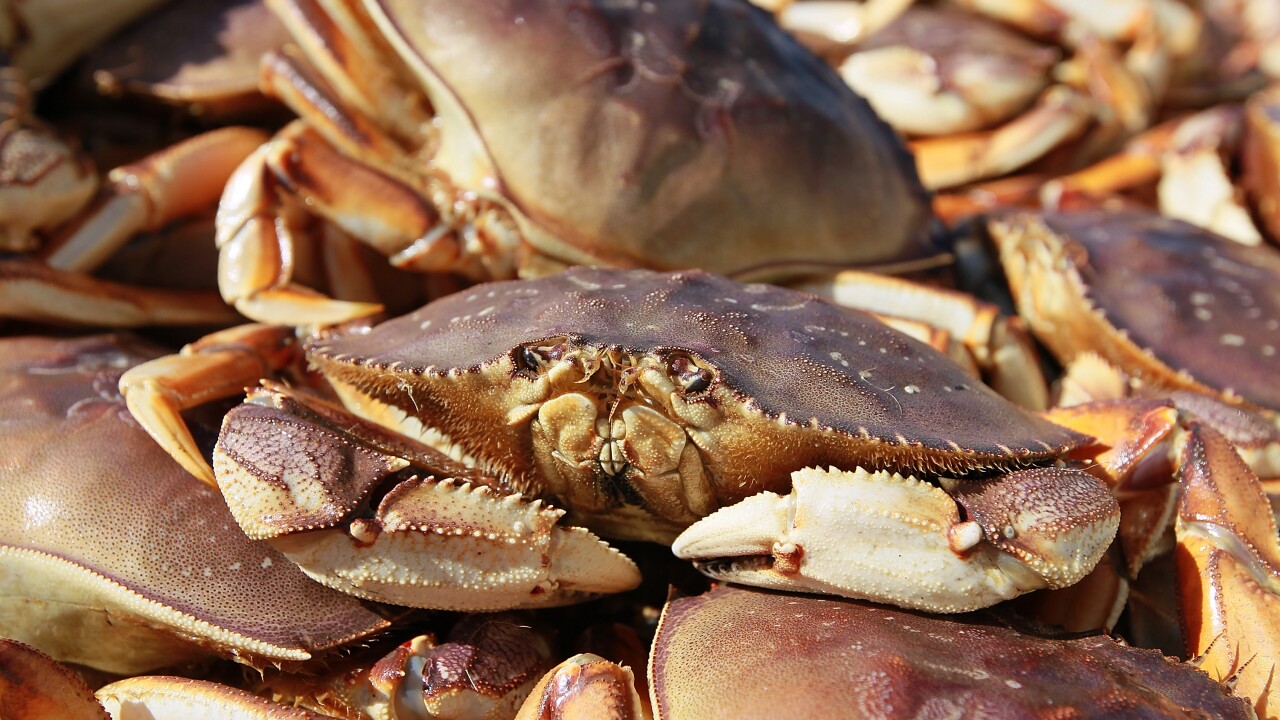 The Pacific Ocean is now so acidic that it’s dissolving the shells of crabs, according to a new study published in the journal Science of the Total Environment.

The study, funded by the National Oceanic and Atmospheric Administration (NOAA), found for the first time that ocean acidification along the northwest coast of the U.S. is impacting the shells and sensory organs of some young Dungeness crabs.

While analyzing samples collected during a 2016 NOAA research cruise, researchers say they identified examples of damage to the upper shell of numerous larval Dungeness crabs, as well as the loss of hair-like sensory structures that crabs use to orient themselves to their surroundings.

The NOAA says the Dungeness crab is a prized crustacean that supports the most valuable fishery on the west coast. Prior to the study, NOAA says scientists thought these crabs were not vulnerable to current levels of ocean acidification.

Ocean acidification refers to a reduction in the pH of ocean water, mainly caused by the increase in carbon dioxide from the atmosphere over long periods of time.

“When CO2 is absorbed by seawater, a series of chemical reactions occur resulting in the increased concentration of hydrogen ions,” the NOAA wrote in a press release. “This increase causes the seawater to increase its acidity and causes carbonate ions to be less abundant.”

Decreases in carbonate ions can make building and maintaining shells and other calcium carbonate structures difficult for calcifying organisms such as oysters, clams, sea urchins, crabs, corals, and some kinds of shelled plankton, such as pteropods.

“This is the first study that demonstrates that larval crabs are already affected by ocean acidification in the natural environment, and builds on previous understanding of ocean acidification impacts on pteropods,” said lead author Nina Bednarsek, senior scientist with the Southern California Coastal Water Research Project. “If the crabs are affected already, we really need to make sure we start to pay much more attention to various components of the food chain before it is too late.”

Bednarsek says more research is needed to determine whether the external dissolution seen in crabs at the early life stage could carry over into later life stages, including the reproductively active adult stage.