Twitter: Users can now limit who replies to their tweets 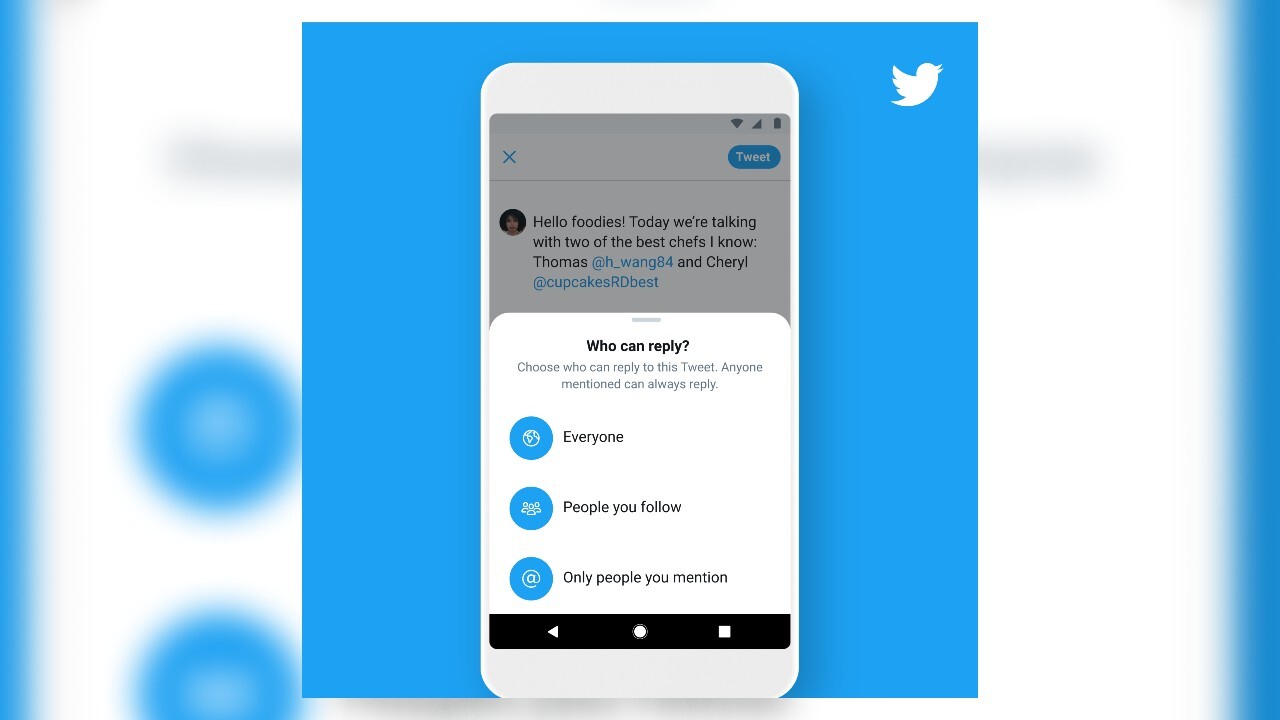 Twitter users can now limit who can reply to their tweets.

According to a blog post by Twitter's Director of Product Management Suzanne Xie, the new settings were rolled out on Tuesday.

"Since your Tweet = your space, we've been testing new settings to give people more control over the conversations they start," Xie said in the post. "Sometimes, people are more comfortable talking about what's happening when they can choose who can reply. We've seen people use these settings to have conversations that weren't really possible before. Starting today, everyone will be able to use these settings, so unwanted replies don't get in the way of meaningful conversations."

Users can reply with the following three options: everyone, only people the user follows, or only people you, the user, mention. Before, anyone could respond.

Xie explained that tweets with limited settings would be labeled, and the reply icon will be grayed out for people who can't reply. Those who can't answer will still be able to view, retweet, retweet with a comment, share, and like the tweets.

"These settings help some people feel safer and could lead to more meaningful conversations, while still allowing people to see different points of view," Xie said.

According to the social media giant, they've received positive feedback.

People said they felt more comfortable tweeting and more protected from spam and abuse, and 60% of people who used the new feature during the test didn't Mute or Block anyone, Twitter added.