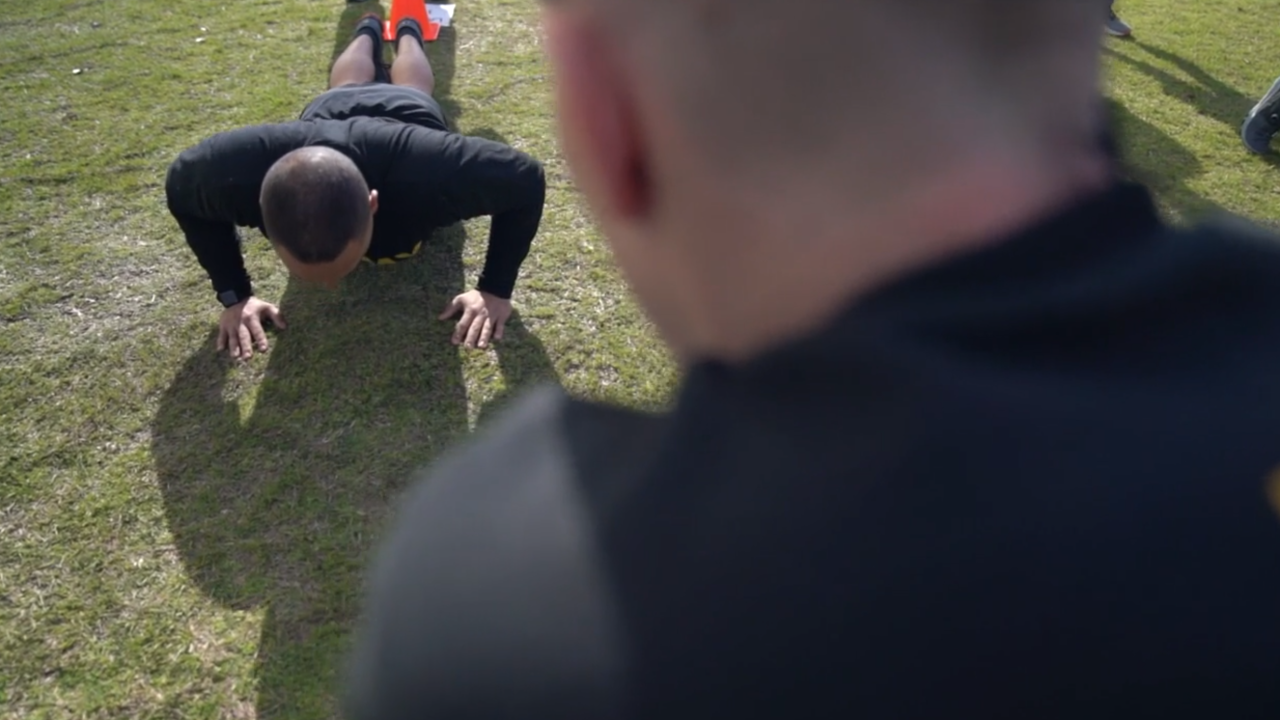 FORT JACKSON, S.C. -- The United States Army wants you to get in better shape.

Actually, they want their soldiers to train harder, smarter and more efficiently.

“It was time to look at how do we change not only how we test but how we train our soldiers,” said Major General Lonnie Hibbard.

General Hibbard has a master’s degree in strategic studies from the U.S. Army War College and he’s responsible for getting soldiers combat ready.

“How do we enable our soldiers to be prepared, physically and mentally, for the rigors of combat on the future battlefield,” General Hibbard said.

To make that happen, the army is evolving athletically for the first time since 1980.

Gone are the old days of PT training. For the past four decades, soldiers were tested on how many push-ups and sit-ups they could do in two minutes and how fast they could run two miles.

Now, the army is moving into a new decade with a new way to evaluate soldiers’ strength and endurance – and it’s called the Army Combat Fitness Test or ACFT.

“The new Army Combat Fitness Test is actually scientifically developed to test those skills and those strengths that every soldier is going to need regardless of their military occupation specialty within the army,” General Hibbard said.

Leaders say the ACFT is a part of the Army’s culture change on fitness and its better preparing soldiers for their jobs, while also reducing injuries.

“The change is looking at how we are doing physical fitness and what we’re measuring,” general Hibbard said, adding that the army is also facing recruiting troubles.

“In any service about three out of 10 18 to 25-year-olds are able to qualify are able to qualify for service these days,” he said. “So, when we get those solider in, we have to do everything we can to make sure they’re physically fit and to keep them healthy through their service.”

Rolling out this new fitness test is costing the army $80 million – a price tag General Hibbard says is well worth it. Calling it an investment in soldiers – even though more jobs in the army are becoming a lot less physical.

“No matter what your job is in the military, you can find yourself in direct combat,” he said. “And because of that you not only have to be proficient in your tasks, but you have to be physically prepared for the rigors of combat.”

And though this new fitness test is more intense than the old one – the Army says when it comes to recruiting soldiers, it’s more focused on attracting quality over quantity.

This new killer workout consists of five different exercises capped off with a two-mile run.

Let’s break down these movements and how they translate to life on the frontlines.

First is the deadlift – a test of full body strength.

“It’s the ability to not only to do your job, lift your equipment but also save your battle buddy,” General Hibbard said.

Second is the standing power throw, where soldiers toss a weighted medicine ball over their head for distance.

“That’s about explosive power,” General Hibbard said. “That simulates helping you battle buddy over a wall as we saw in Afghanistan and Iraq going into compounds.”

“It’s your ability to rapidly get off the ground and also use hand-to-hand combat,” General Hibbard said.

Next are leg tucks, which tests a soldier’s core strength.

“It’s your ability and endurance to sustain yourself over a long fight,” General Hibbard said.

Repetitions and times are graded, putting soldiers in categories based on performance but not on age or gender.

The ACFT goes into effect October 1.