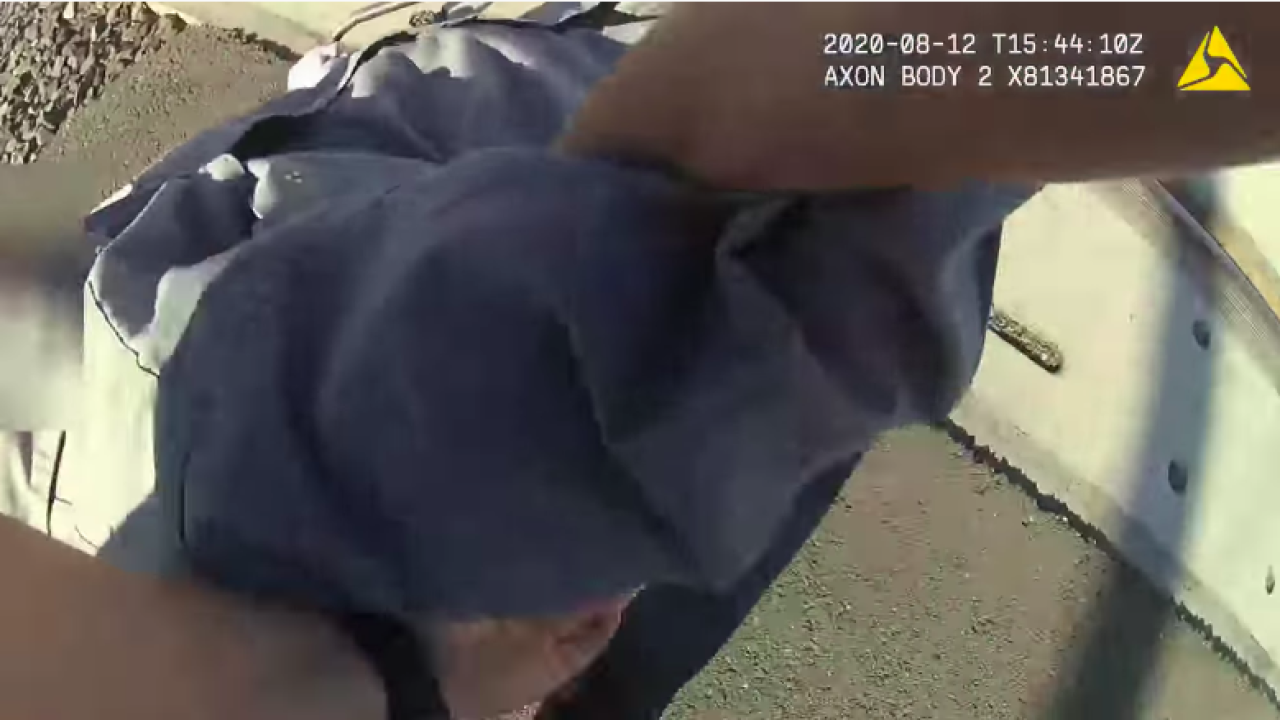 LODI, Calif. - An officer saved a man in a wheelchair mere seconds before an oncoming train passed by.

The officer’s body camera captured the moment Wednesday morning when she spotted a man in a wheelchair stuck on the tracks in Lodi, California. The crossing arms were coming down and she jumped out of her patrol car.

The video shows Officer Erika Urrea run to the man and pull the man from the chair. Both of them fall to the ground as the train passes by.

The 66-year-old man was taken to a nearby hospital for treatment of a leg injury. Officer Urrea is reportedly OK.

“Officer Urrea risked her own life to save another and her actions prevented a tragedy today. We are extremely proud of Officer Erika Urrea and her heroism,” reads a Facebook post from the Lodi Police Department.