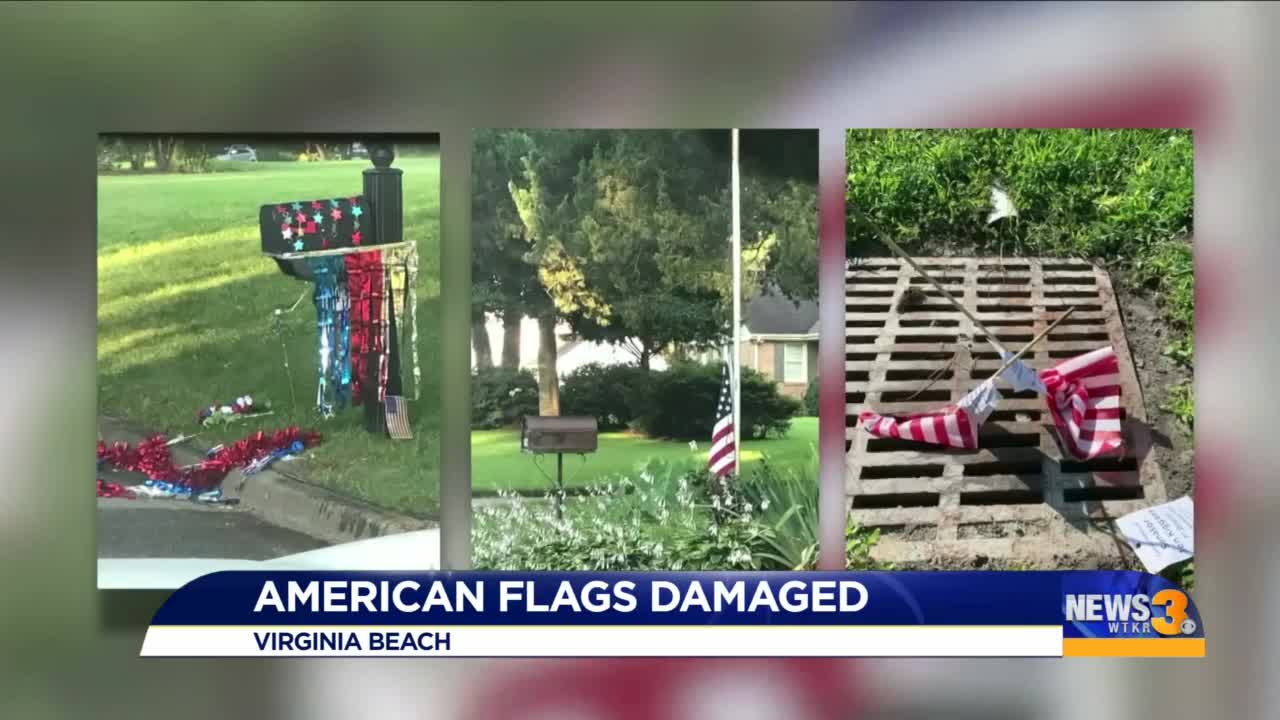 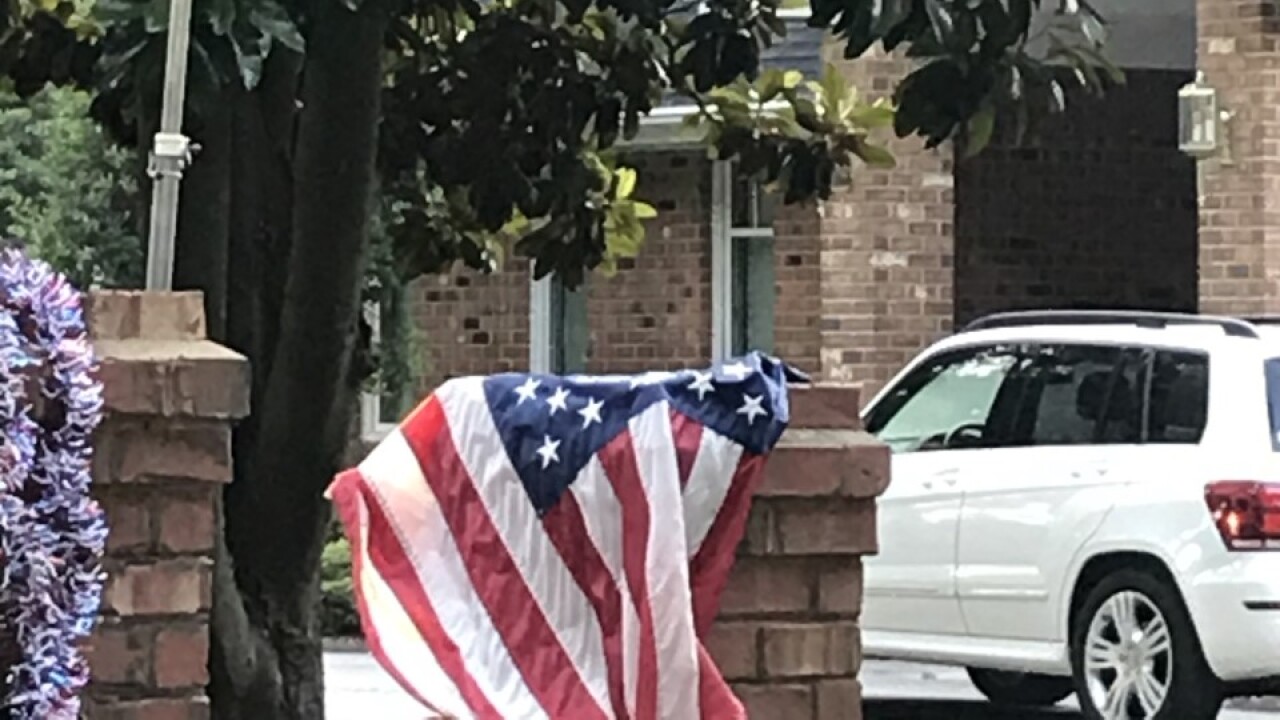 VIRGINIA BEACH, Va. -- Several neighbors woke up Sunday morning to the sight of their American flags and July 4 decorations destroyed. One of those neighbors is Sue Bettis.

"This is just no way to solve anything,” Bettis told News 3.

She found her American flag after torn off the pole and lying near the ground. Several of her neighbors made similar discoveries.

"My neighbor's flags were broken, ripped, torn,” Bettis explained. “There were some decorations on the mailboxes that were taken off mailboxes and burned at the front of the neighborhood."

Her Ring camera picked up some people walking through her property on evening of July 4. She said their shadows can be seen near the flagpole when a car passes and its headlight shines against a bush.

She said she and her neighbors are not sure why someone would do this and want answers. She said she hopes the perpetrators get caught.

"I think it's a really hard time for our country, and we have a lot to work on as a country,” Bettis said. “I'm all for protesting, but this is not a protest. It's a crime."

Bettis’ flag is waving once again after her husband repaired it.

Several of the neighbors reached out to State Senator Jen Kiggans, whose district encompasses this portion of Virginia Beach. She told News 3 her own flag was desecrated.

Kiggans said the Virginia Beach Police Department is investigating after she reached out on behalf of her constituents. Police do not have leads or a suspect at this time.

“My phone was ringing off the hook,” Kiggans said. “Just texts and phone calls from neighbors concerned who opened their doors up."

As to why this may have happened, Dr. Latif Tarik, an assistant professor of history and program coordinator at Elizabeth City State University, said the American flag can have negative connotations to some while it could mean something positive to others.

He explained the flag and July 4 can mean freedom for some, but added it could mean oppression for others. That is one reason he cites contributing to the social unrest happening across the United States.

Tarik explained similar moments have occurred in history, but that people should also think about their actions before acting on them.

"We're at a time right now where we have mass protest," Tarik explained. "We have protesters who understand the history of America, and then we just have those who are just protesting in the political moment."

Tarik said that intruding or desecrating someone's private property can have consequences and that it is best to protest lawfully and peacefully.

“We can do better than that, especially as Virginians and Americans,” Kiggans said. “We're all on one team. There's a way to affect social change, but this isn't it."

As for the flags and decorations, neighbors did replace the damaged flags. Bettis and Kiggans said some were replaced by Boy Scout Troop # 419.