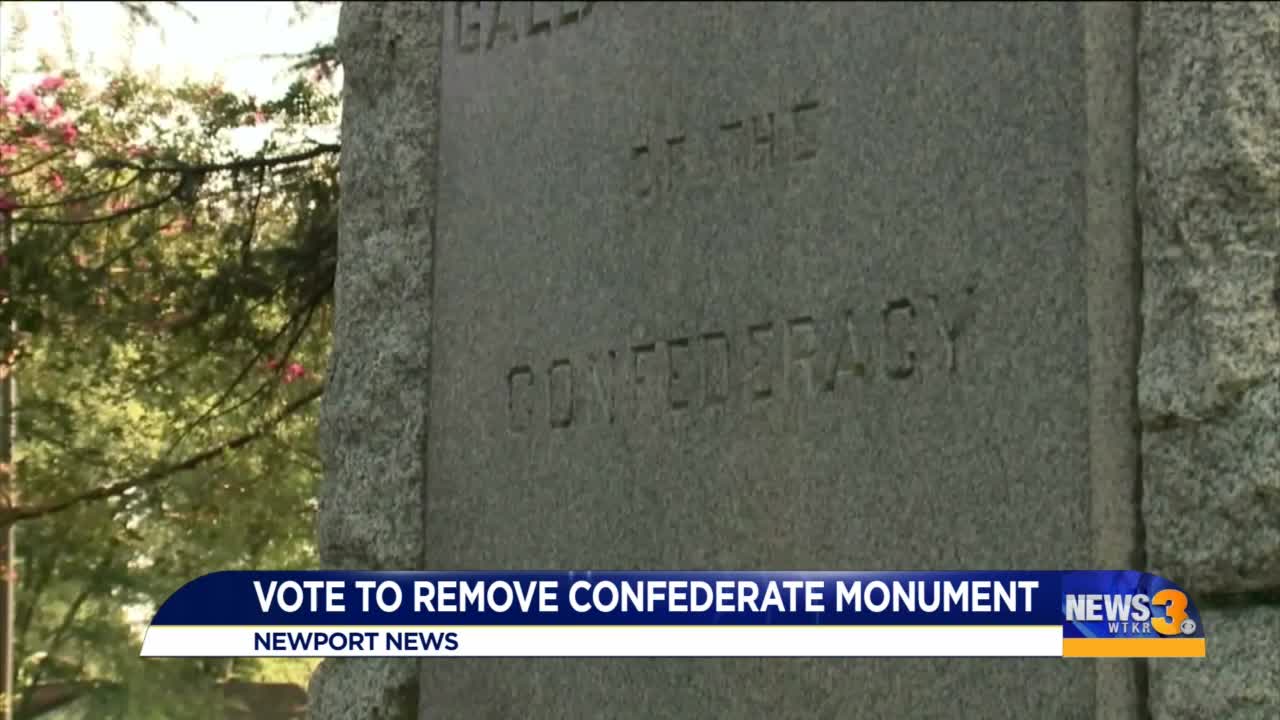 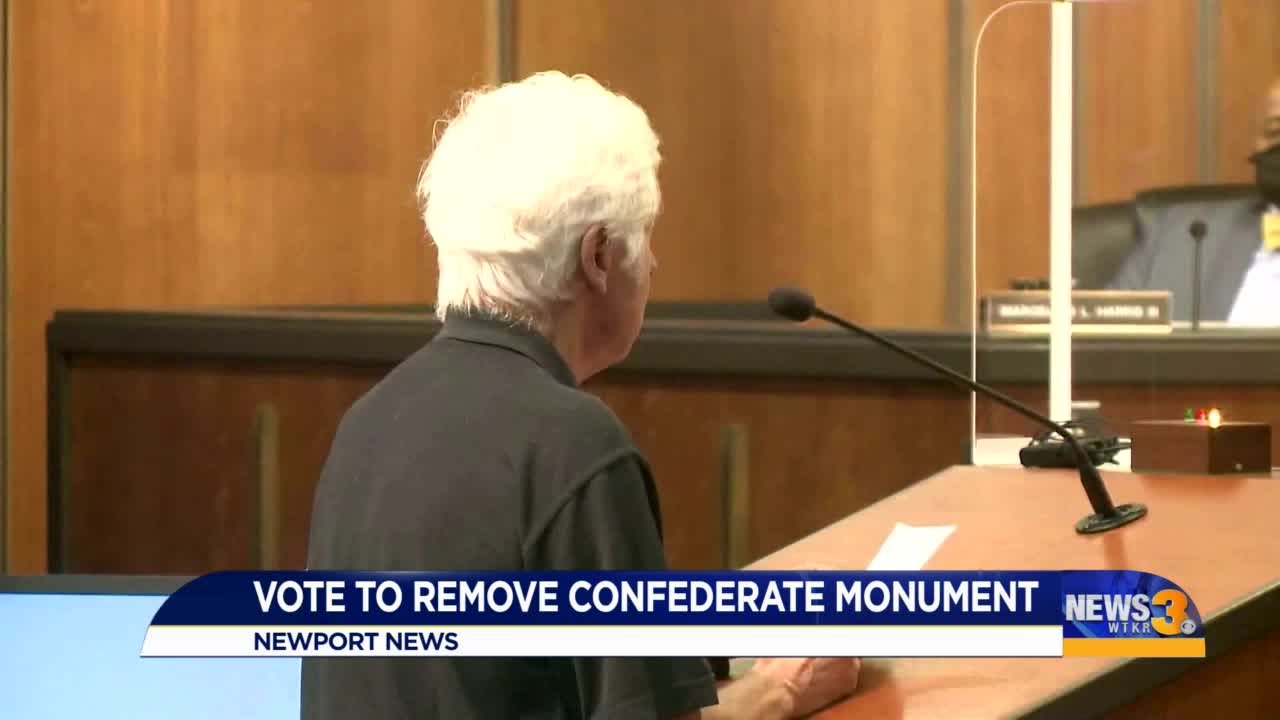 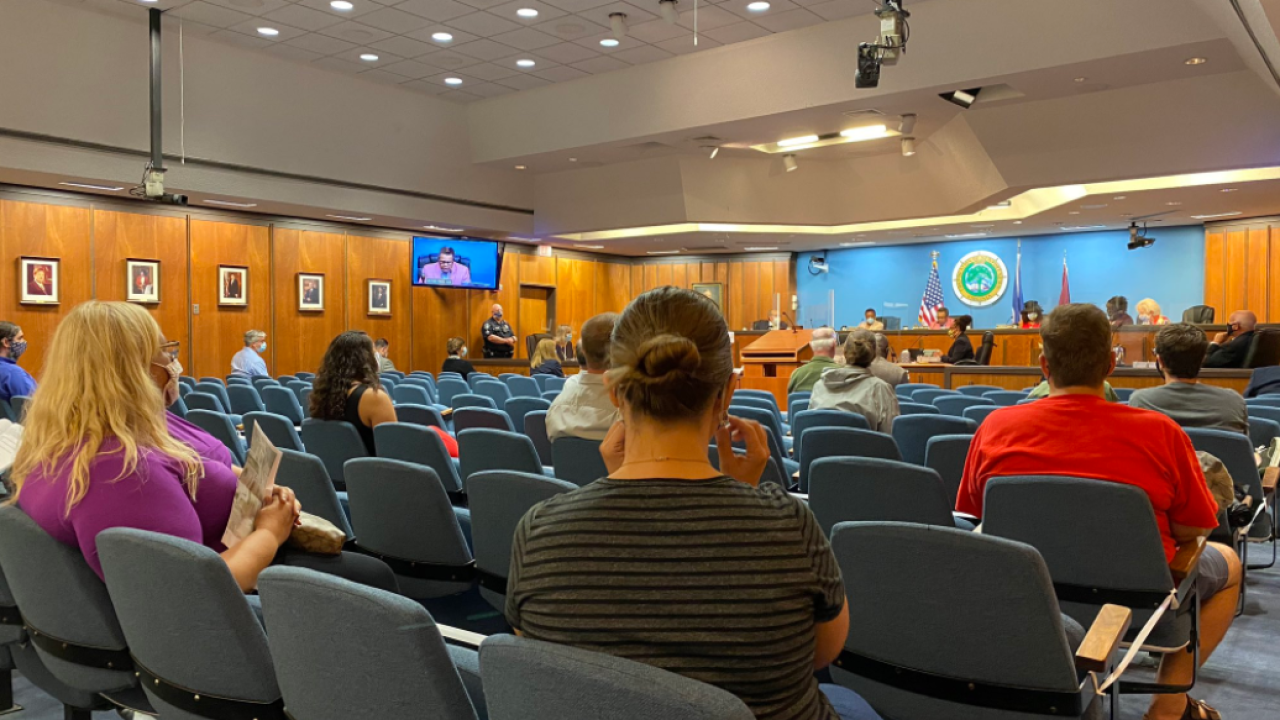 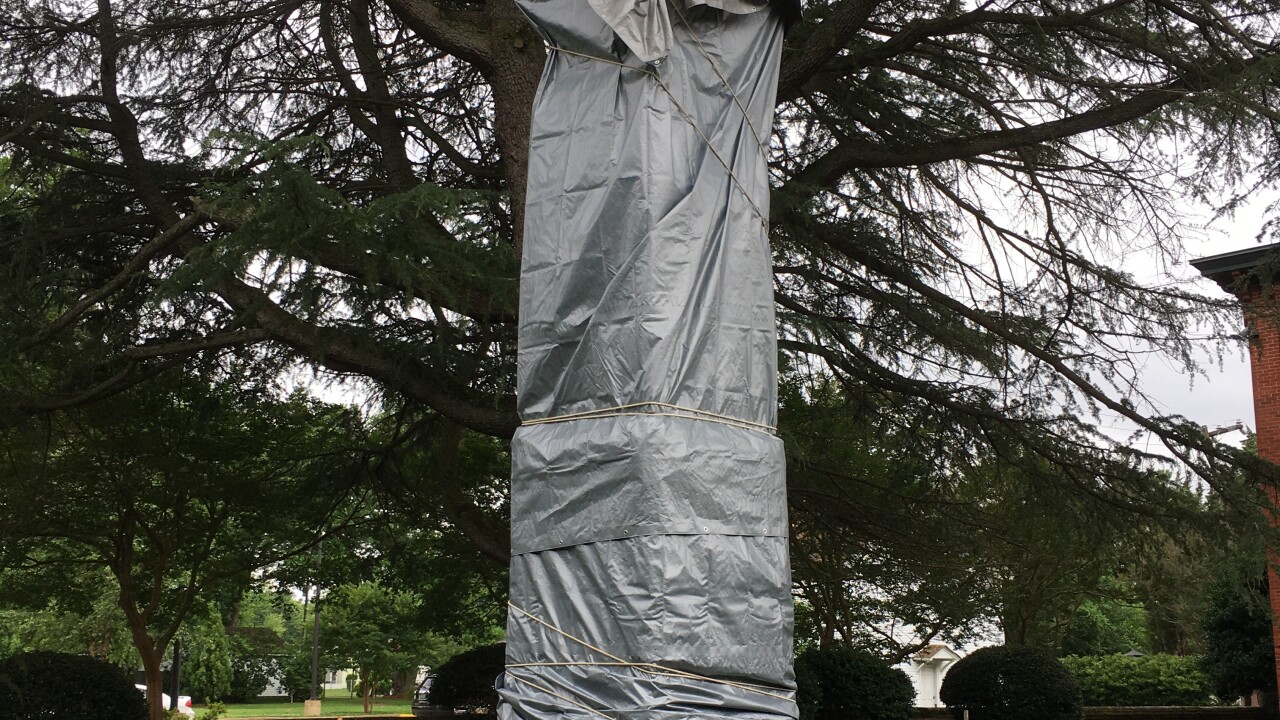 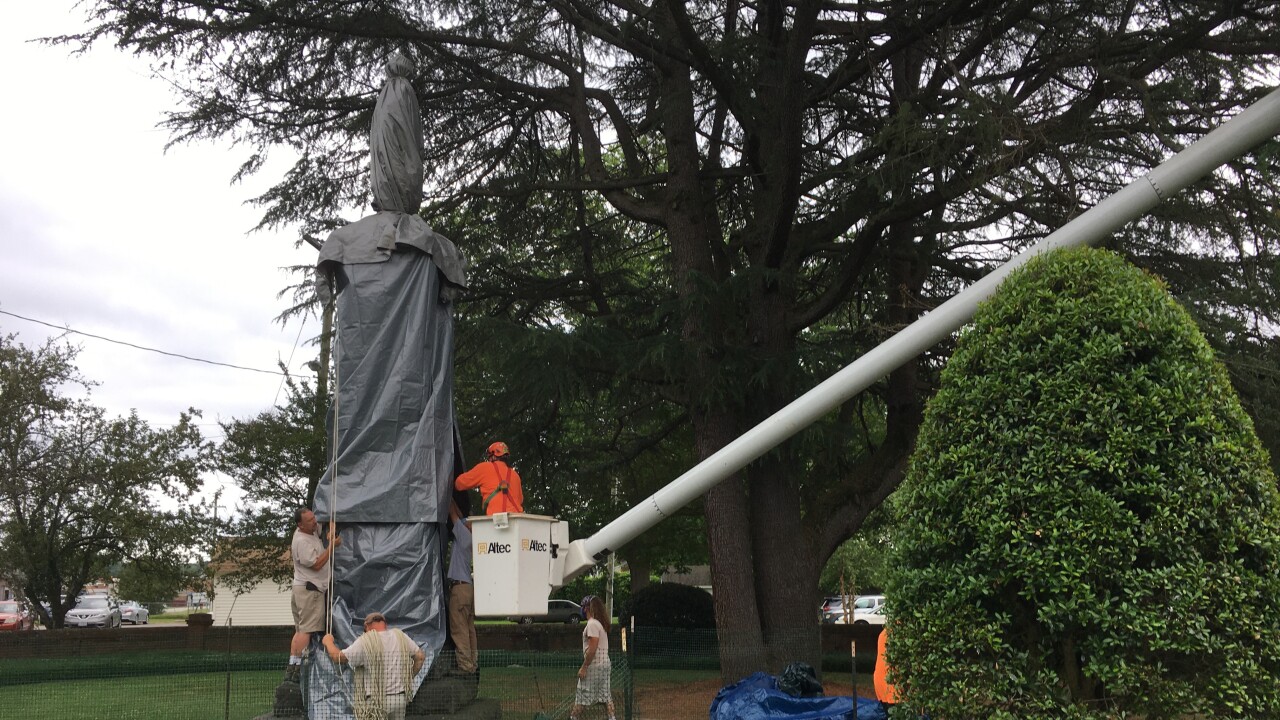 NEWPORT NEWS, Va. - Another Confederate monument in a local city is coming down.

Members of the Newport News City Council voted Tuesday night to remove the monument outside the Warwick County Courthouse.

Currently, the monument is under tarp following protests at other monuments, including in Portsmouth, where a man was injured when part of the monument fell onto him.

In late June, the Greater Hilton for Social Justice group held a rally in an effort to call for its removal from the Denbigh site.

While the monument is owned by the City of Newport News, the land is under a State Easement Agreement through the Department of Historic Resources, which requires the city to get permission from the State Board of Historic Resources before making any changes on the site.

More than a dozen speakers stood in front of council Tuesday night. Although they voted to move forward with the removal, not everyone member was on board.

One member in particular says this action "is destroying history,” and some speakers support her stance, saying they believe removing the statue will divide the community.

But others say the solider is the definition of division.

"The statues should be removed,” said another speaker.

Councilwoman Patricia Woodbury is against the removal. She says it's a piece of history that people can learn from.

"You don't destroy it; you come to terms with it,” she said.

Other council members say the statue needs to find a new home.

"There is a place for it - it's just not in the City of Newport News,” said Councilwoman Sharon P. Scott.

Any organization - whether it's a museum or military battlefield - has 30 days to put in proposals for the statue. The council will then decide on what to do with it next.

"I'm sorry if it divides people, but we will get through this,” said Councilman David Jenkins.

Shannon says this action is the step in the right direction for the city.

"There is plenty of more work that needs to be done in our city for justice and equality for all,” he said.