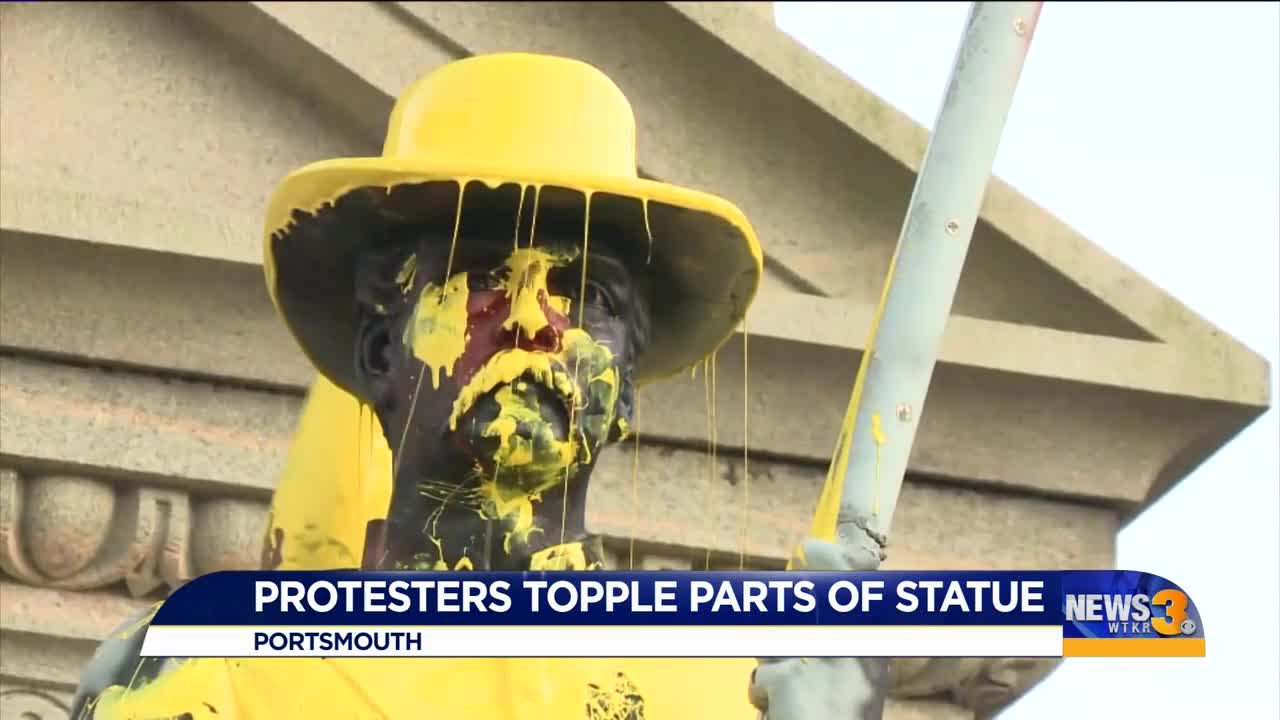 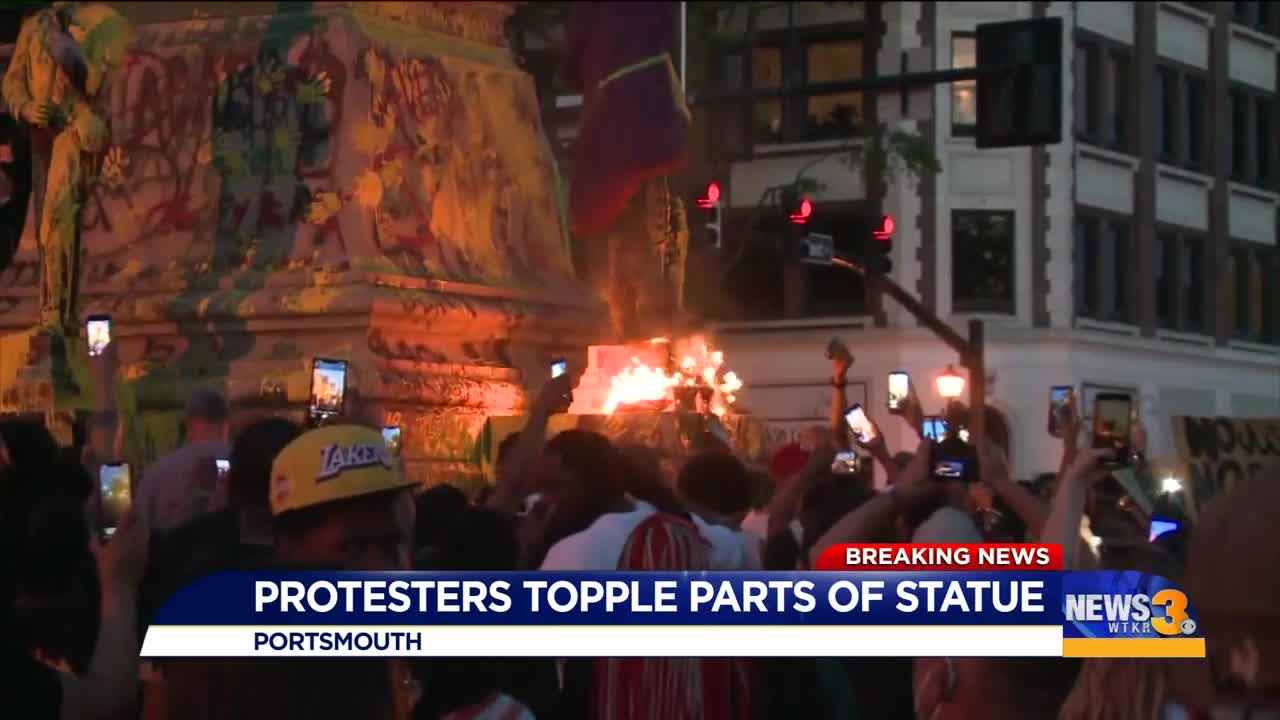 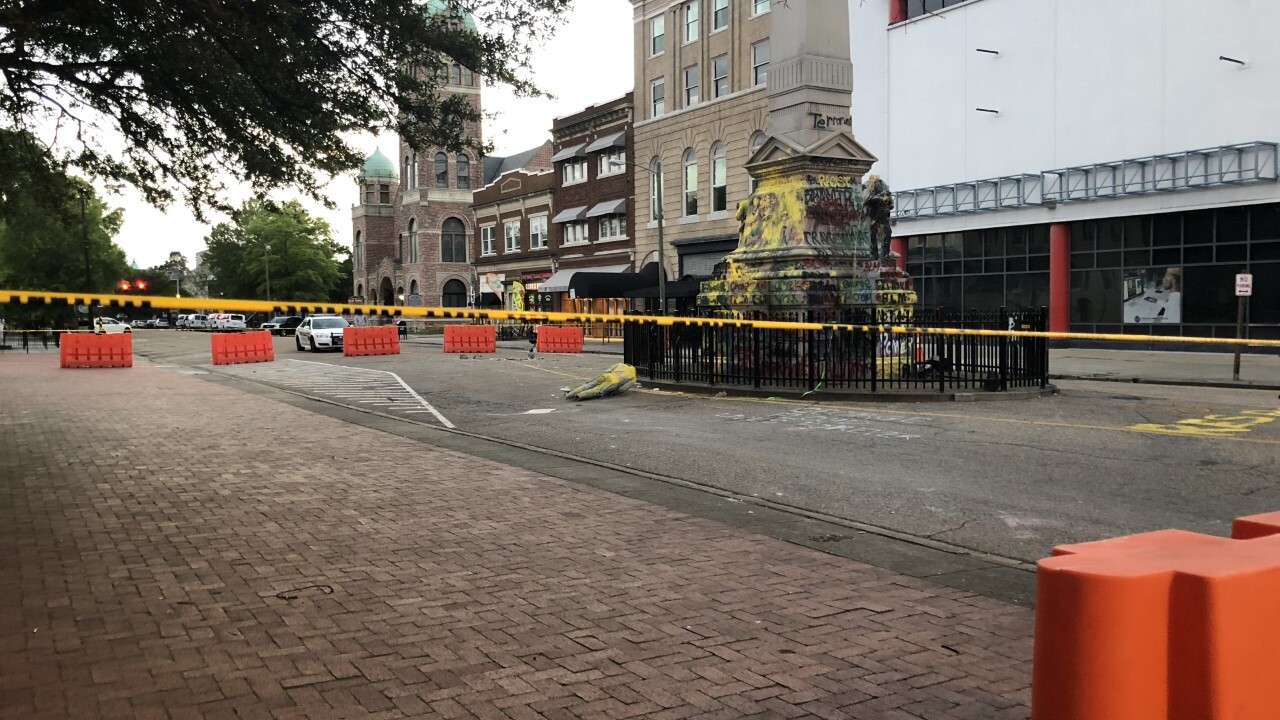 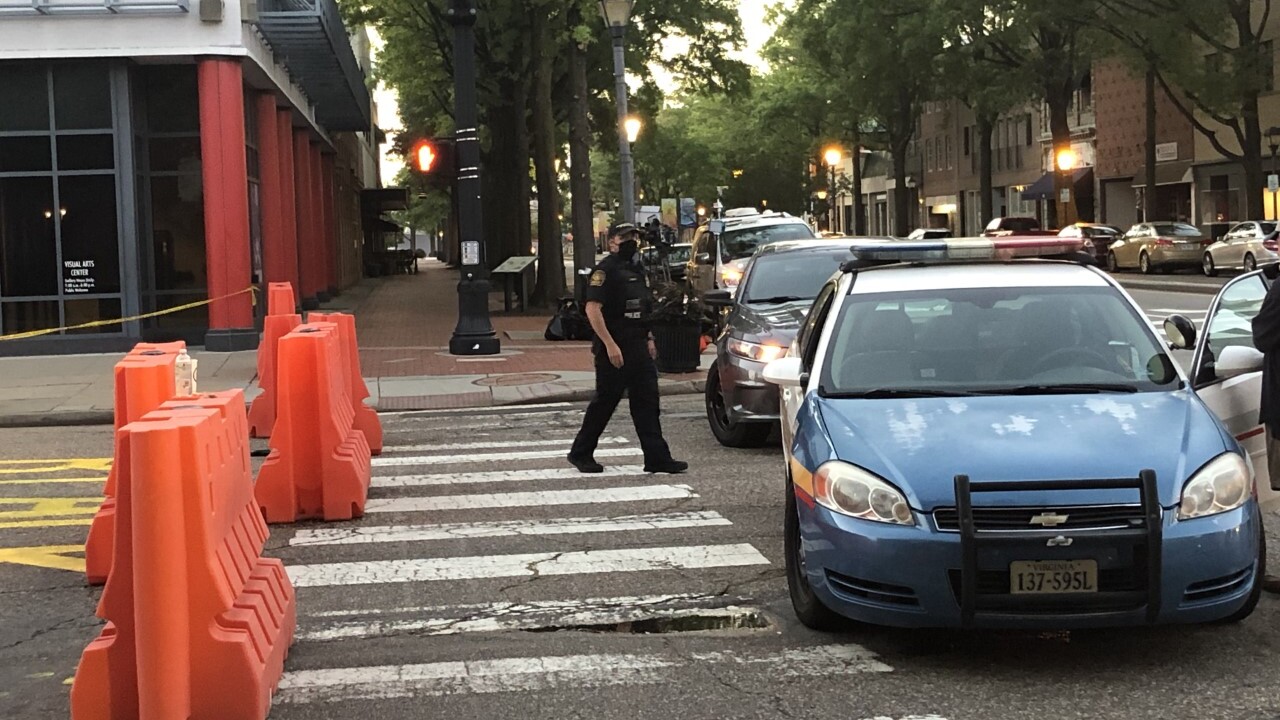 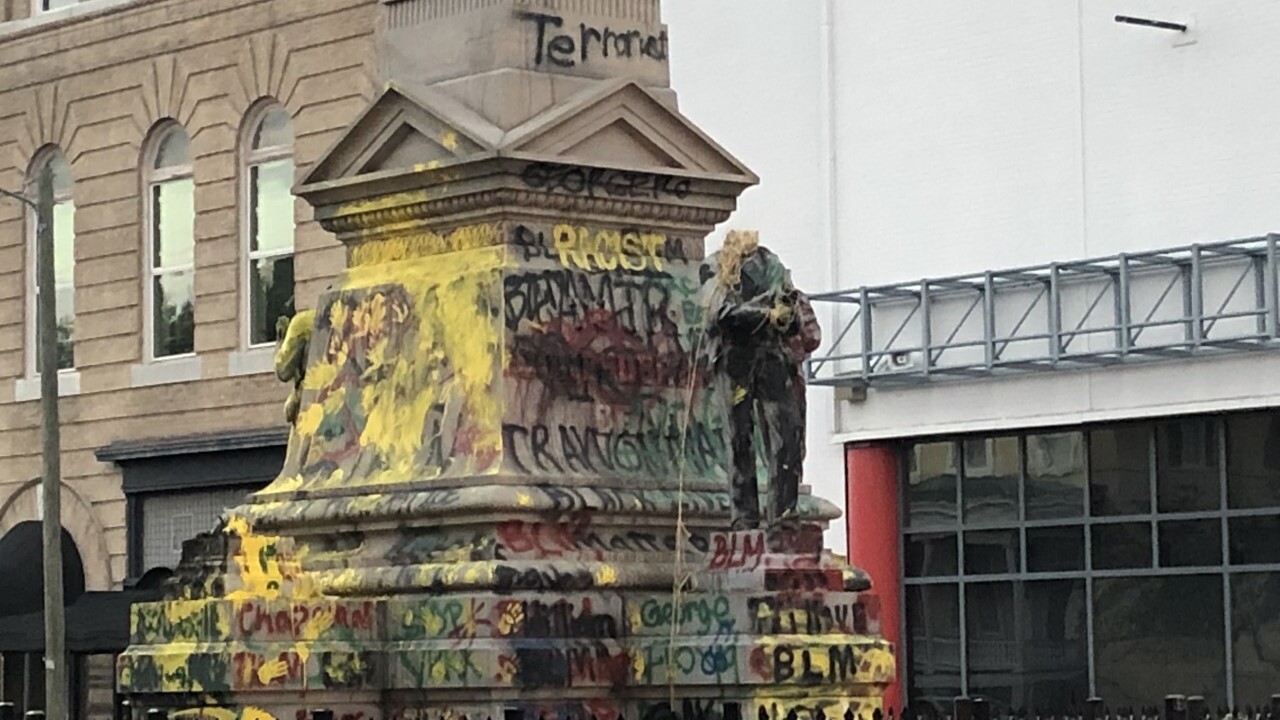 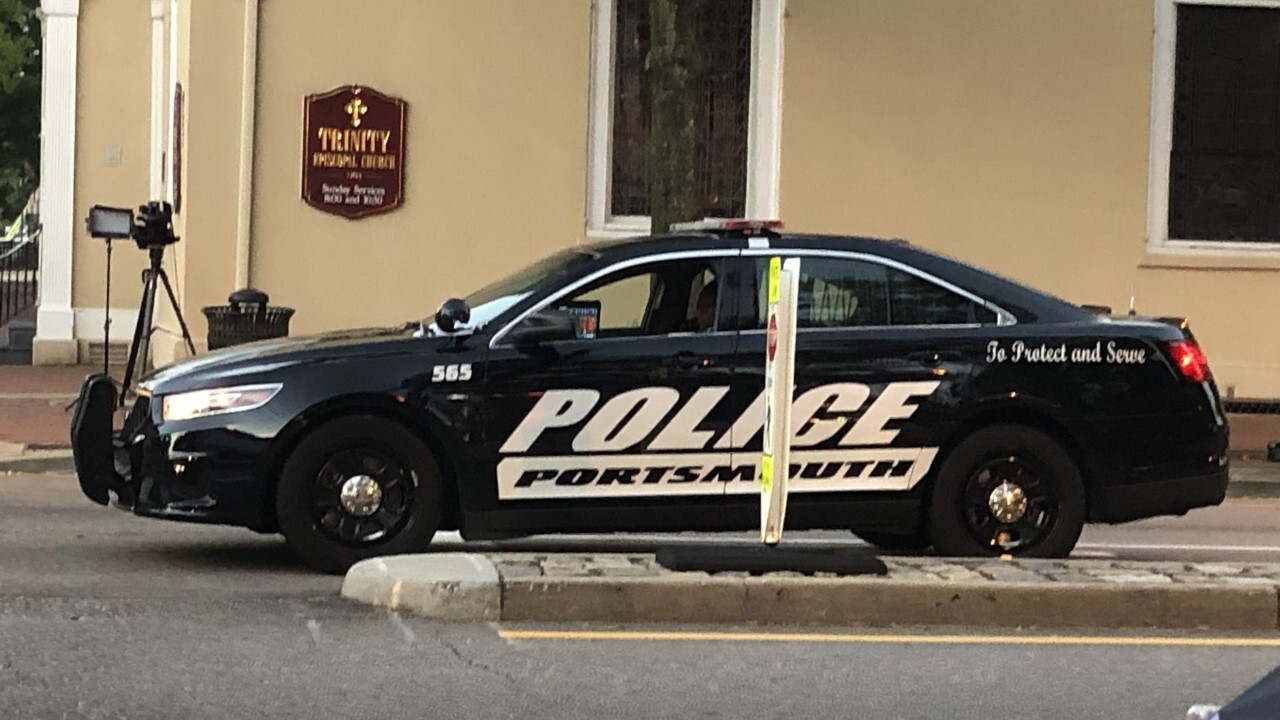 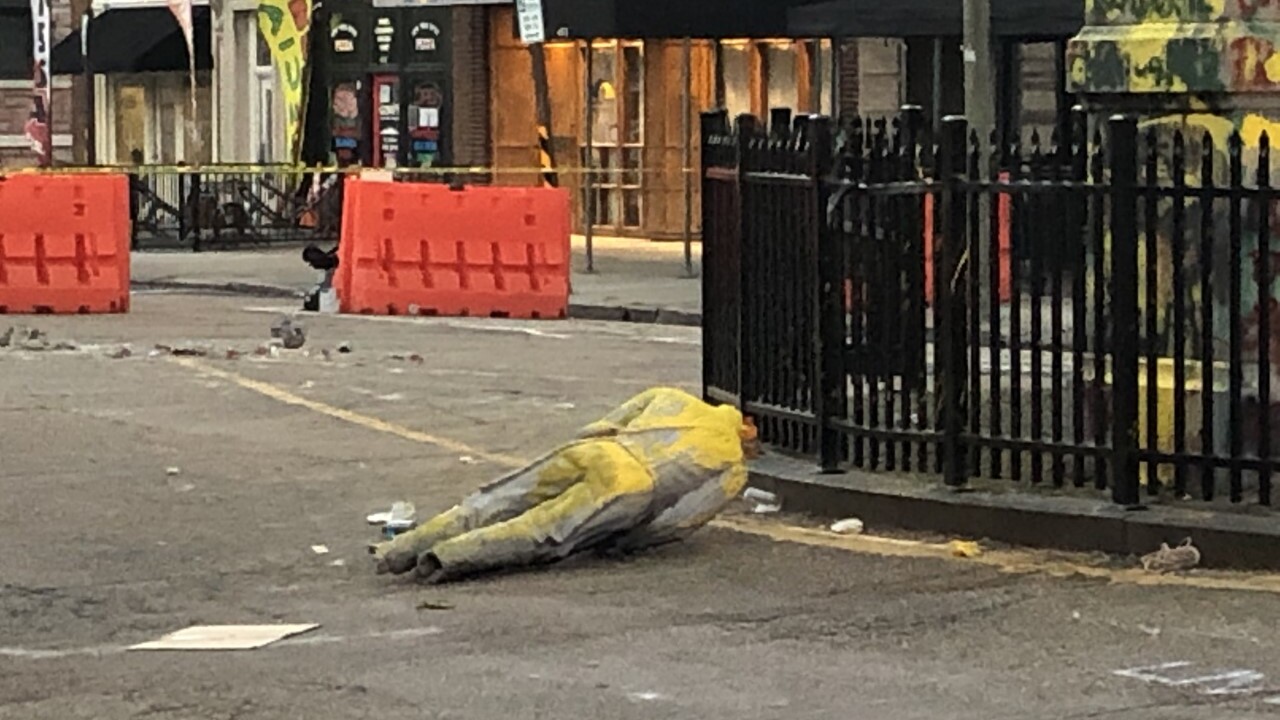 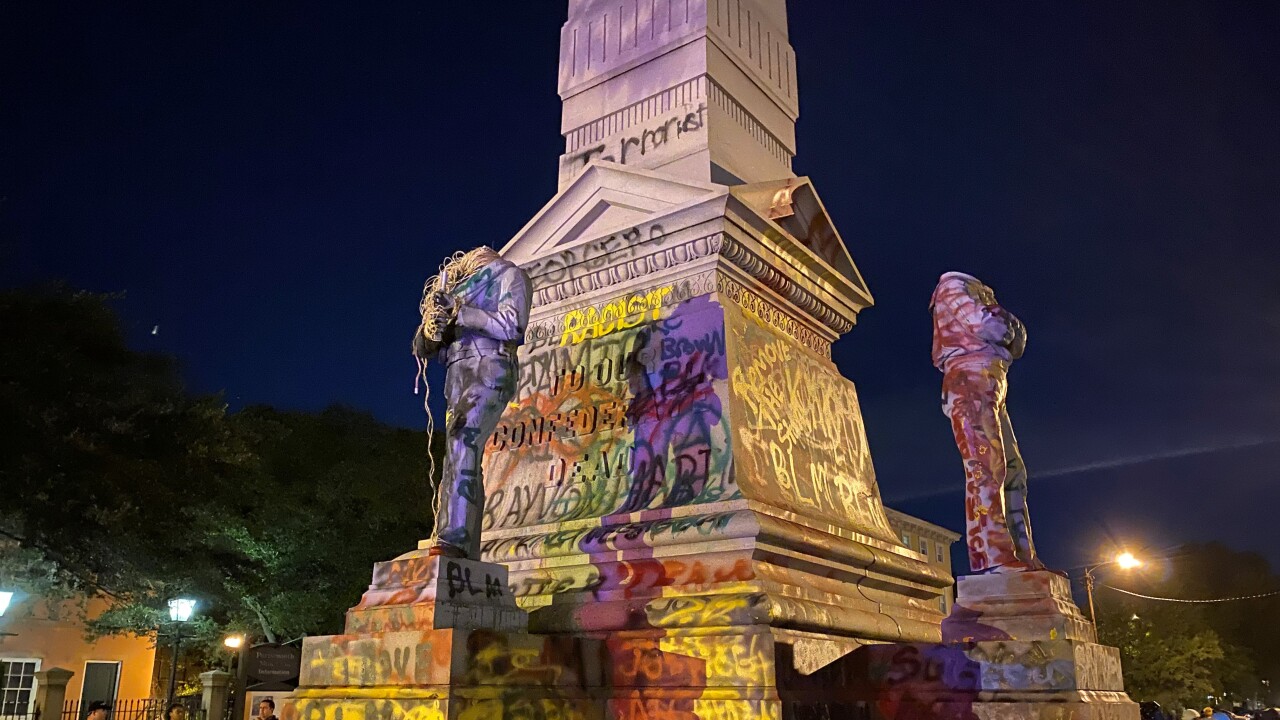 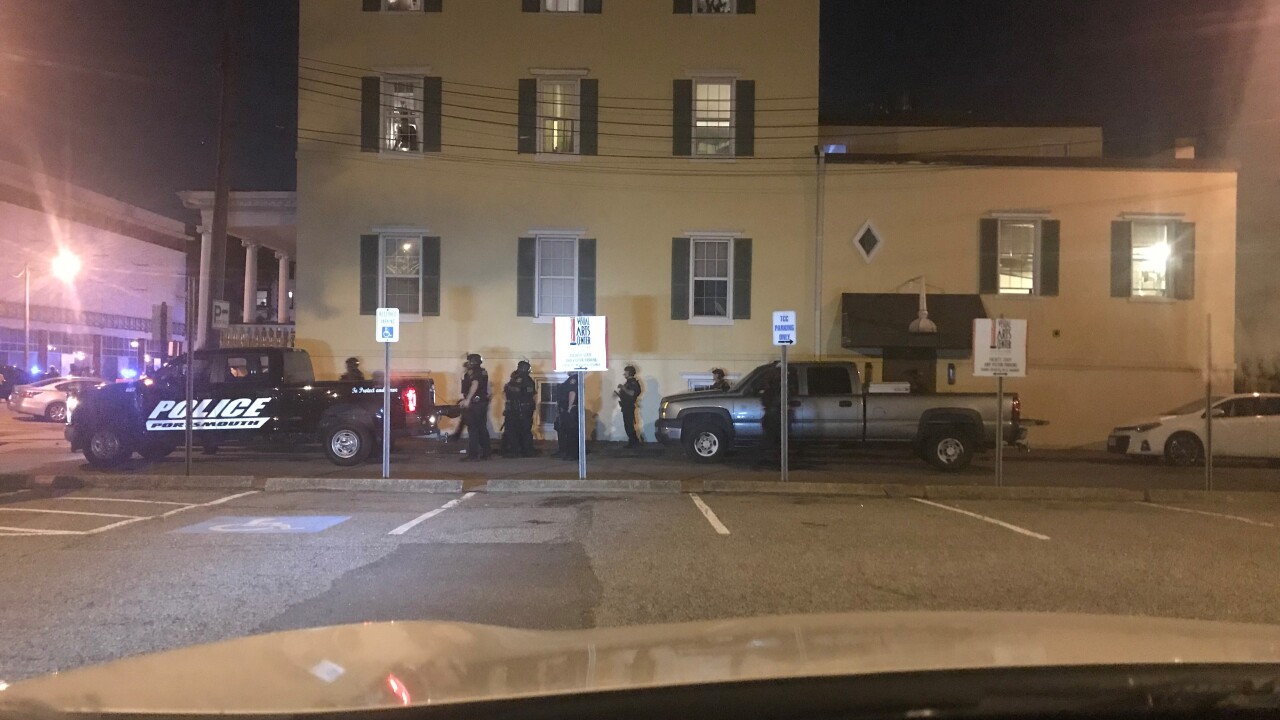 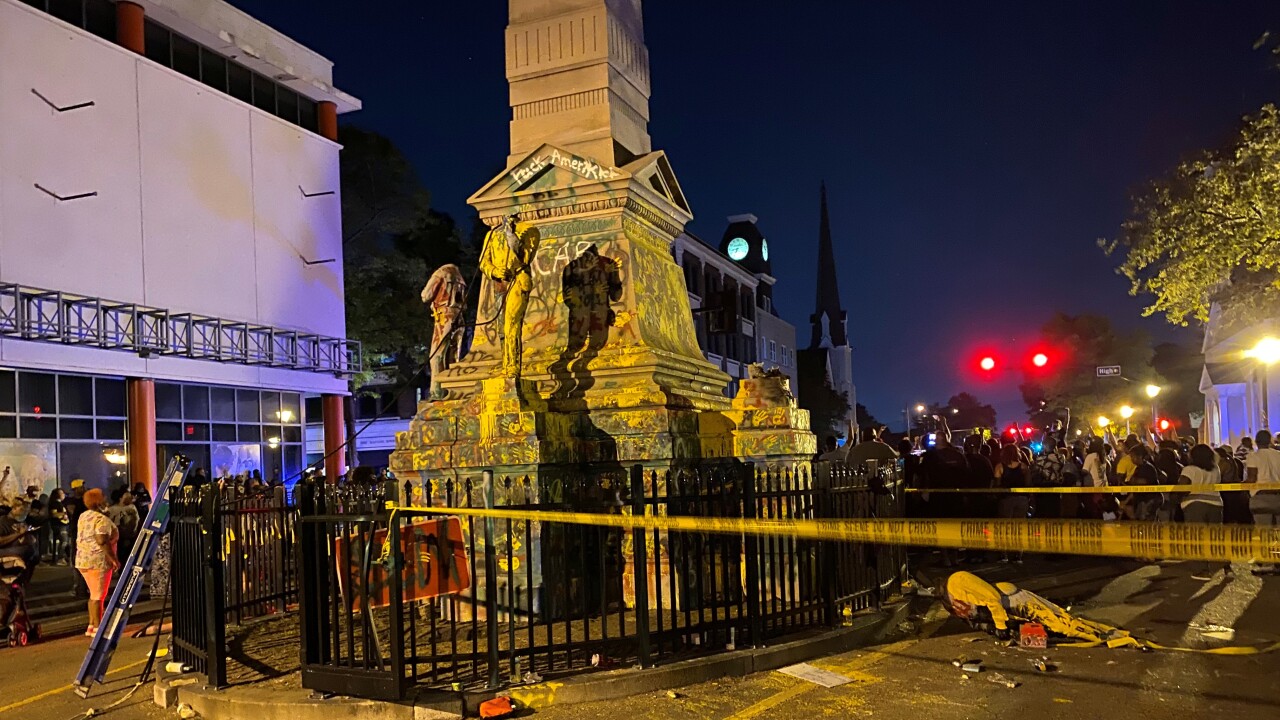 PORTSMOUTH, Va. - Someone was injured after protesters ripped off parts of the Confederate monument on Court Street Wednesday night.

Portsmouth Police confirmed to News 3 that the person was injured as a result of the monument falling on them.

EMS took the victim, who has been identified as 45-year-old Christopher Lawrence Green of Portsmouth, to a local hospital for treatment. Thursday night, Virginia State Police said Green is currently in stable condition.

Chief Greene says an elected official gave her the order to not enforce vandalism and says there was a lot of miscommunication. She also says after what happened Wednesday night, something has to be done sooner when it comes to the monument.

Two protestors hopped the black gate around the confederate monument and covered the statues with yellow paint.

As you can hear, the crowd is cheering them on. @WTKR3 pic.twitter.com/hHLf8bdc01

As protesters tried to bring down the monument with a sledgehammer Wednesday night, others cheered them on. A fire was also set at the bottom of the monument.

A trombone and a burning monument. This is the scene in @cityofPortsVA @WTKR3 pic.twitter.com/mXN8idDXTX

Members of the Portsmouth City Council met earlier Wednesday evening and voted to hold a public hearing in July concerning the removal of the statue.

There has been talk for years of removing the monument from its place Court Street at the corner of High Street.

As News 3 reporter Kofo Lasaki reported earlier Wednesday, the Confederate monument controversy escalated after the Portsmouth NAACP President and Vice President were arrested during a peaceful protest to cover the figures on the statue in tarps.

It all started Tuesday night when they and others covered the statues. The group was surrounded by police, but things remained peaceful. Boyd and Gibbs say Portsmouth Police Chief Angela Greene gave them the "okay" to cover the monuments.

Police said during the demonstration, people placed bags over the statues that are part of the monument and chalked an outline of a body on the ground with the words, "I can’t breathe." The bags had been removed.

By Wednesday morning, someone uncovered the four statues, but Boyd and Gibbs, along with another NAACP chapter vice president, Onyx Hicks, returned to watch over the monuments and re-cover the statues while police looked on.

After hours of peaceful protest Wednesday, the men told us they were approached by police.

They say police told them they were refusing to leave before they arrested them.

After about 30 minutes in jail, the men say they were released with a citation for trespassing.

"It’s disappointing. It’s disheartening. But somebody’s going to do what’s right, even if it starts with us," said Gibbs.

City leaders are also proposing to build another fence around the statue, but protesters say that's not a good idea.