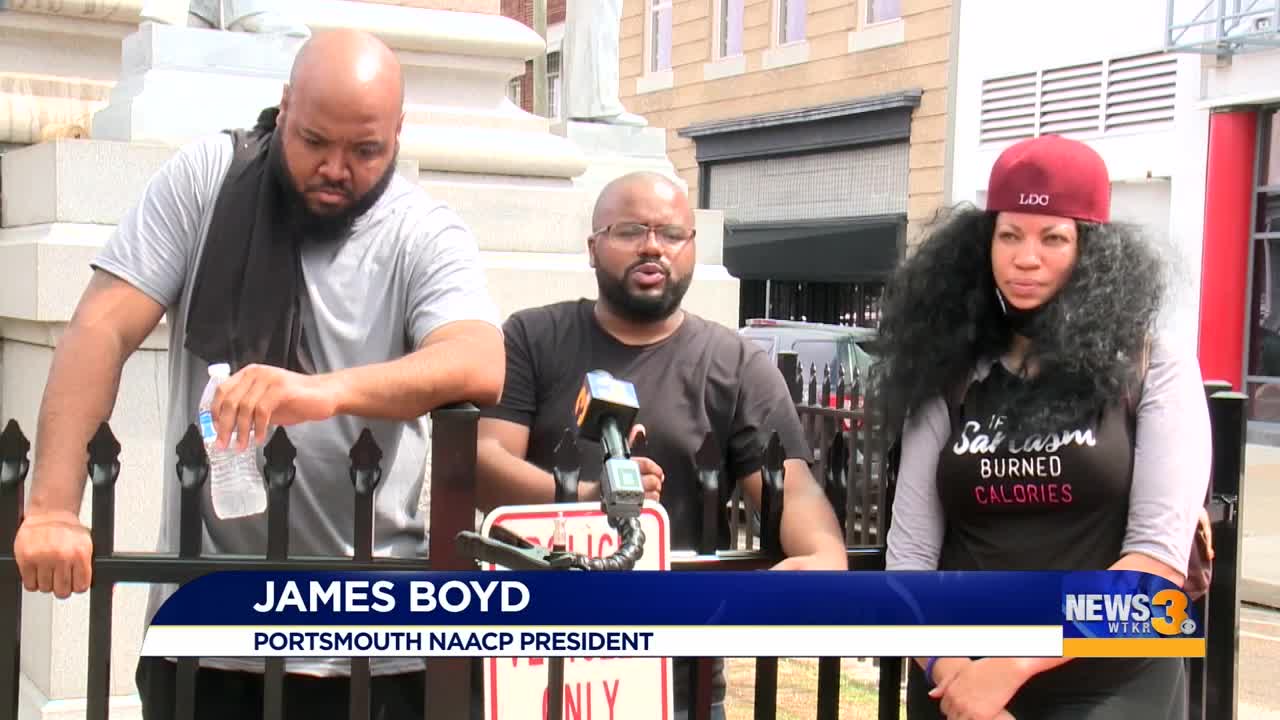 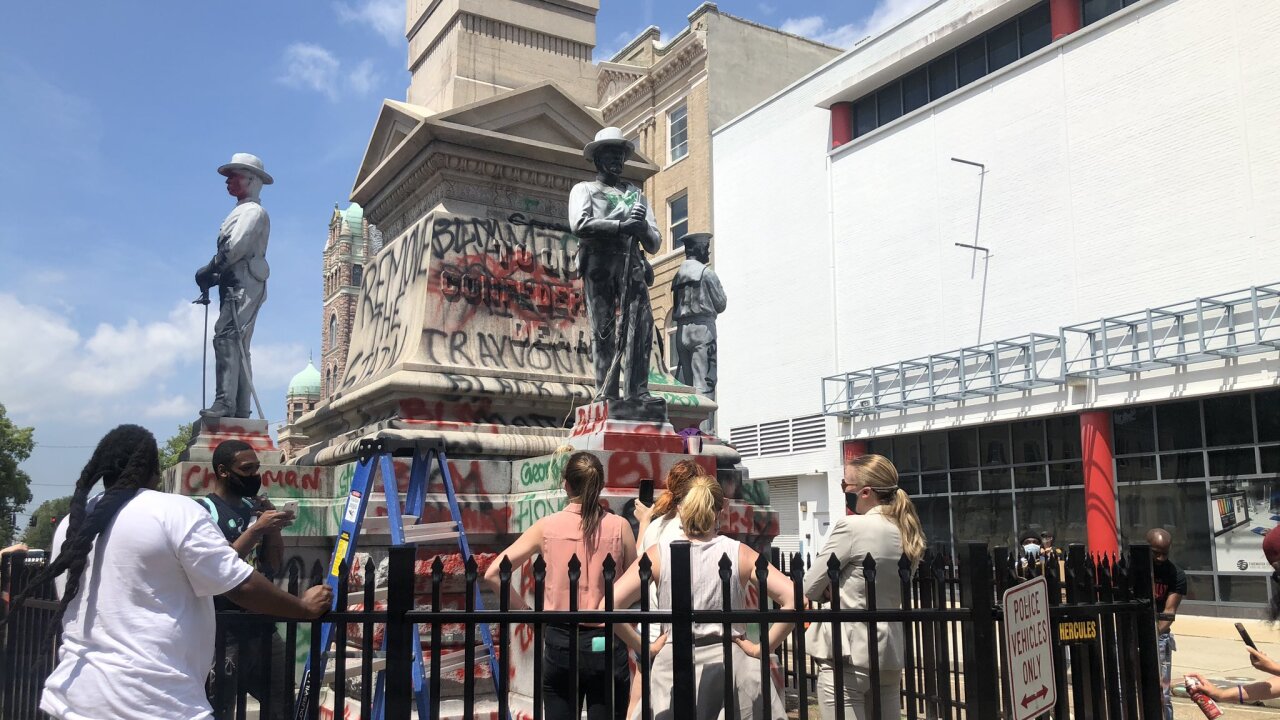 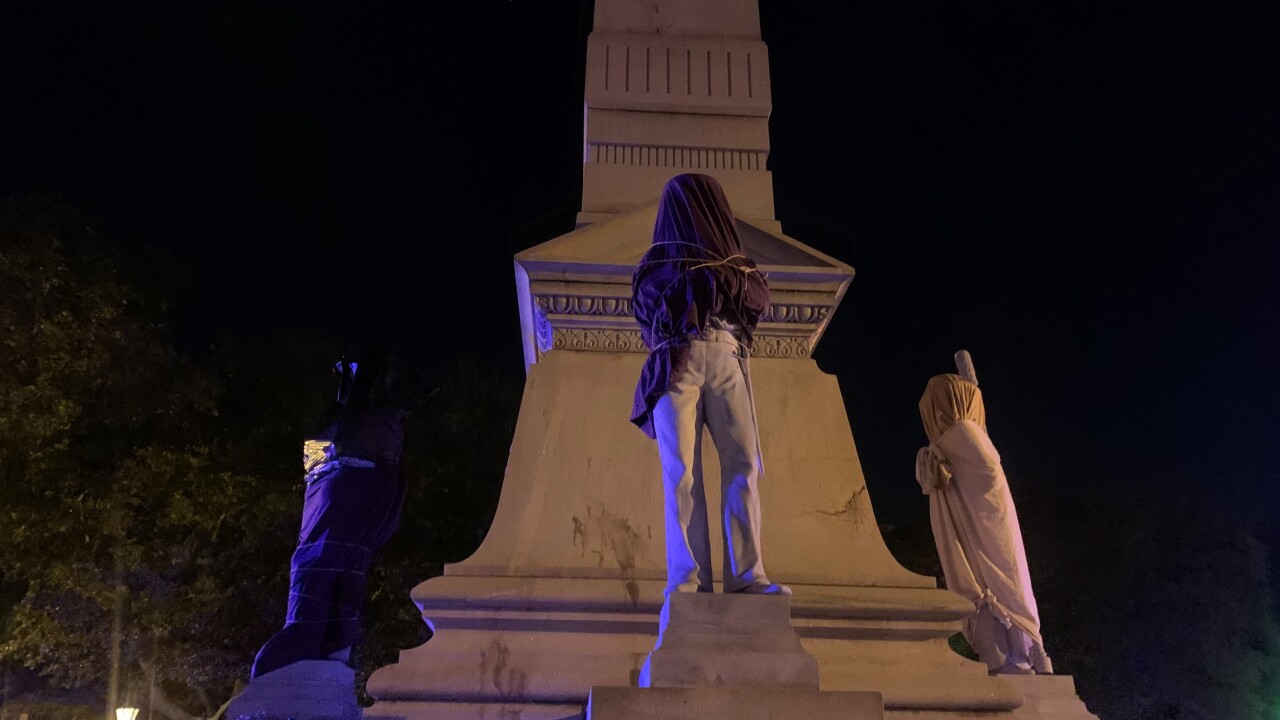 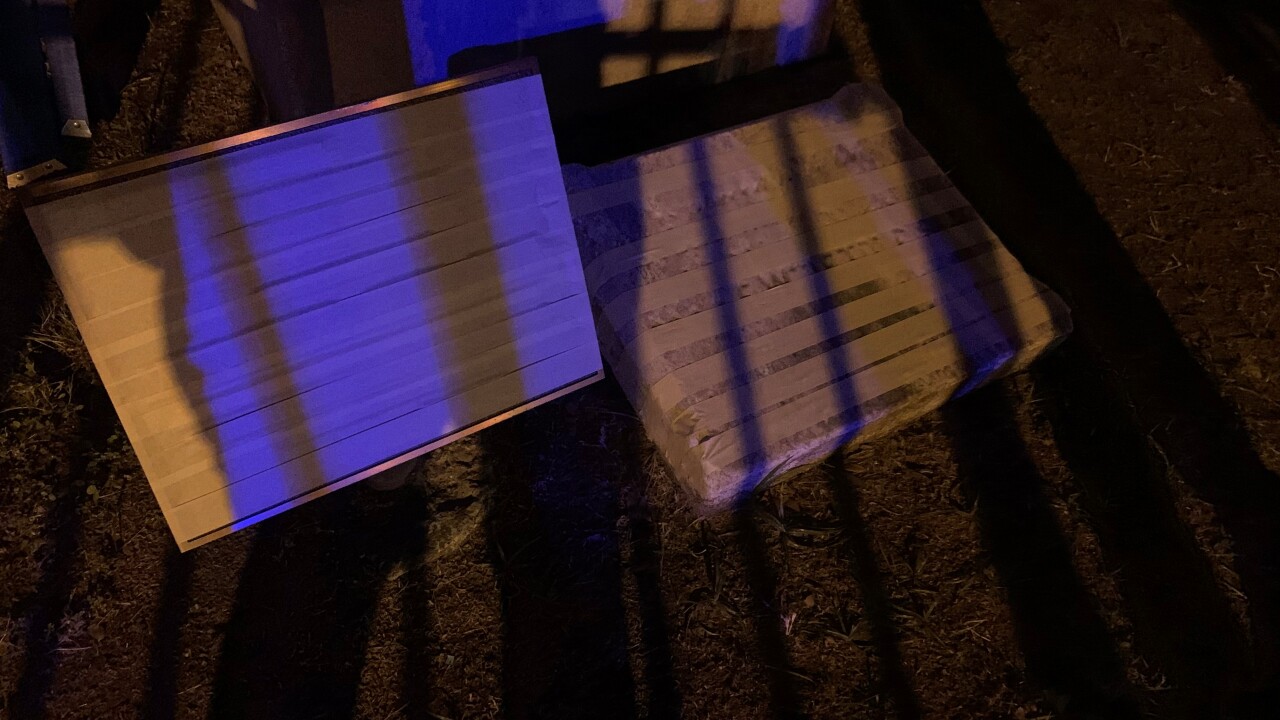 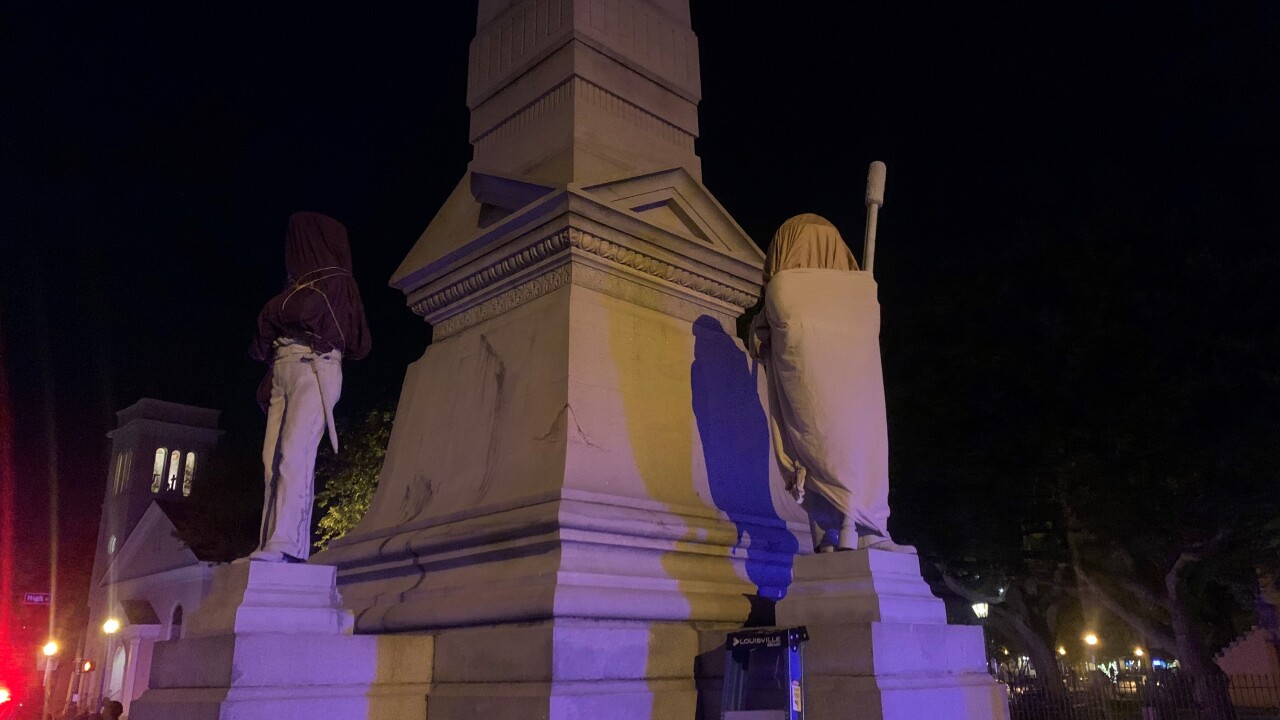 PORSTMOUTH, Va. - The Confederate monument controversy escalated Wednesday after Portsmouth NAACP President and Vice President are arrested during a peaceful protest to cover the figures on the statue in tarps.

Chapter President James Boyd and Vice President Louie Gibbs were arrested Wednesday around 12 p.m. for trespassing on a Confederate monument.

It all started Tuesday night when they and others covered the statues. The group was surrounded by police, but things remained peaceful. Boyd and Gibbs say Portsmouth Police Chief Angela Greene gave them the "okay" to cover the monuments.

"They said we had the right to exercise our First Amendment rights as long as we were not defacing the property; that we could be out here exercising our rights and that the covering was fine on the monument as long as it wasn’t facing property."

Police said during the demonstration, people placed bags over the statues that are part of the monument and chalked an outline of a body on the ground with the words, "I can’t breathe." The bags had been removed.

By morning, someone uncovered the four statues, but Boyd and Gibbs along with another NAACP chapter Vice President, Onyx Hicks, returned to watch over the monuments and re-cover the statues while police looked on.

After hours of peaceful protest Wednesday, the men say they were approached by police.

"They came up and said, 'Hey, at this point, it’s trespassing; we’re going to place you under arrest,'" said Boyd. "We then asked for a supervisor, which is our right. We asked for a supervisor to come to explain to us the charges that they were trying to put on us. We were denied that request."

They say police told them they were refusing to leave before they arrested them.

After about 30 minutes in jail, the men say they were released with a citation for trespassing.

"It’s disappointing. It’s disheartening. But somebody’s going to do what’s right, even if it starts with us," said Gibbs.

There has been talk for years of removing the monument from its place on Court Street at the corner of High Street.

Community leaders not say they won’t be deterred from their mission to remove the monument and keep its figures covered in the meantime.

A short time after they returned, so did a new group. They spray painted the names of Black victims to cover the Confederate figures.

“Remove the stain” is the rallying cry for those who want to see the monument go.

As the protests continued Wednesday night, someone was injured after protesters ripped off parts of the monument.

Portsmouth Police confirmed to News 3 that the person was injured as a result of the monument falling on them.

Authorities say EMS is taking the person to a local hospital for treatment.

As protesters tried to bring down the monument with a sledgehammer Wednesday night, others cheered them on. A fire was also set at the bottom of the monument.

Members of the Portsmouth City Council met earlier Wednesday evening and voted to hold a public hearing in July concerning the removal of the statue.

Until the city decides the future of the statue, the monument to the Confederate dead will live in downtown Portsmouth.

More pictures from the Portsmouth Confederate monument. Should be noted this happened after NAACP leaders were peacefully protesting to only cover the monument, but were arrested for trespassing @WTKR3 pic.twitter.com/Gn9Kd4V7Uh

NEW: Portsmouth NAACP leaders are released from jail after about 30 mins. They were issued a summons for trespassing on a Confederate monument @WTKR3 pic.twitter.com/xus2UFu8CM