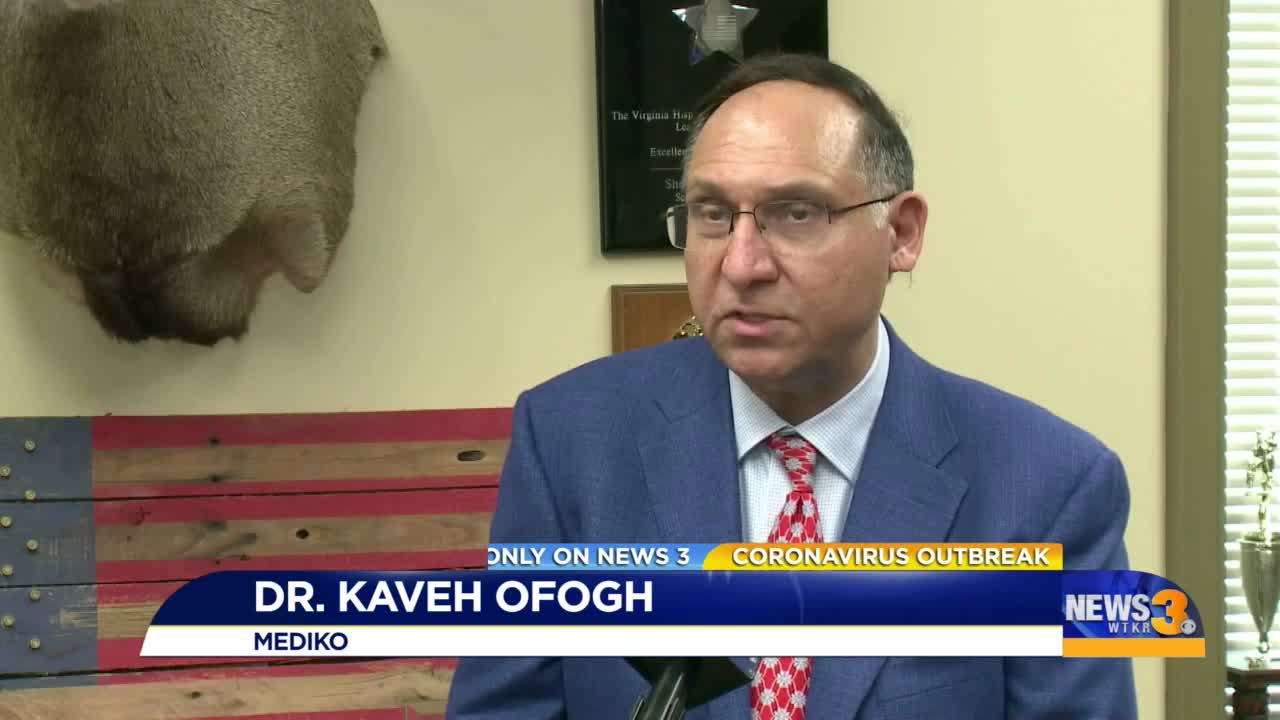 VIRGINIA BEACH, Va. - COVID-19 has been a big problem for certain jails and prisons around the country. News 3 got an exclusive behind the scenes look at what a Virginia Beach jail is doing to keep the virus away as they’re operating with a new medical service team.

“It certainly changed the way we do business,” said Rocky Holcomb, the Chief Deputy of the Virginia Beach Sheriff's Office.

He said they thoroughly screen people coming into the jail. Inmates are kept with the same people and interaction has been limited. Chief Deputy said they are constantly cleaning the tablets, phones, cells and all the other communal areas.

Currently they have no active cases but previously ten staff members tested positive along with 8 inmates in separate situations. There numbers have been relatively low.

Holcomb said Sheriff Ken Stolle took an aggressive stance on the virus when it first hit the area. He feared for the safety of the inmates and the deputies which is why strict rules were put into place.

Inmate Leverne Olds tells News 3 he appreciates the measures the jail has in place. "I’ve been concerned because that you know it’s a killer but the way they’ve been handling it though they haven’t been bringing nobody new around us so that’s a big plus,” said Olds.

Olds said he stays in the pod with the same men and he likes that there is limited contact with other inmates. He said he is more worried about when he leaves jail of contracting the virus.

Olds said he has also benefited from new procedures in place at the jail. MEDIKO, a Richmond based company, was awarded a contract to run the medical services in the jail.

There have been changes to the facility like adding more nurse, more mental health services and trying to get more inmates on Medicaid. The changes were not made due to COVID-19, the company wanted to improve the overall medical operation at the jail.

Olds is one of the inmates now signed up with Medicaid.

“Correctional healthcare was already challenging before Covid,” said Dr. Kaveh Ofogh, the founder of MEDIKO. He said the changes are just to improve the overall operation of the medical services at the jail.

Jail officials say 30 percent of the inmates enter jail with a chronic medical condition and 40 percent are on drugs for a mental health condition.

Medical services are a major concern for all jails. Olds said he is healthier in jail because he is taking the medication he needs and seeing medical staff about his health issues. He said previously it was too expensive to go to the doctor and he would self-medicate with alcohol.

“We like to be more proactive than reactive for medical issues and COVID-19 related issues or for mental illnesses,” said Ofogh.

Two people recently died in the jail.One person died of suicide and another person had a medical issue.

Jail officials say both cases are under investigation.

“We work hard every day, our staff works hard to make sure we give the very best care that we can and when we get hit with tragedies like we had over the past month it’s very sad. We do a control alt delete to find out what we can do better and make sure nobody else falls through the cracks,” said Holcomb.