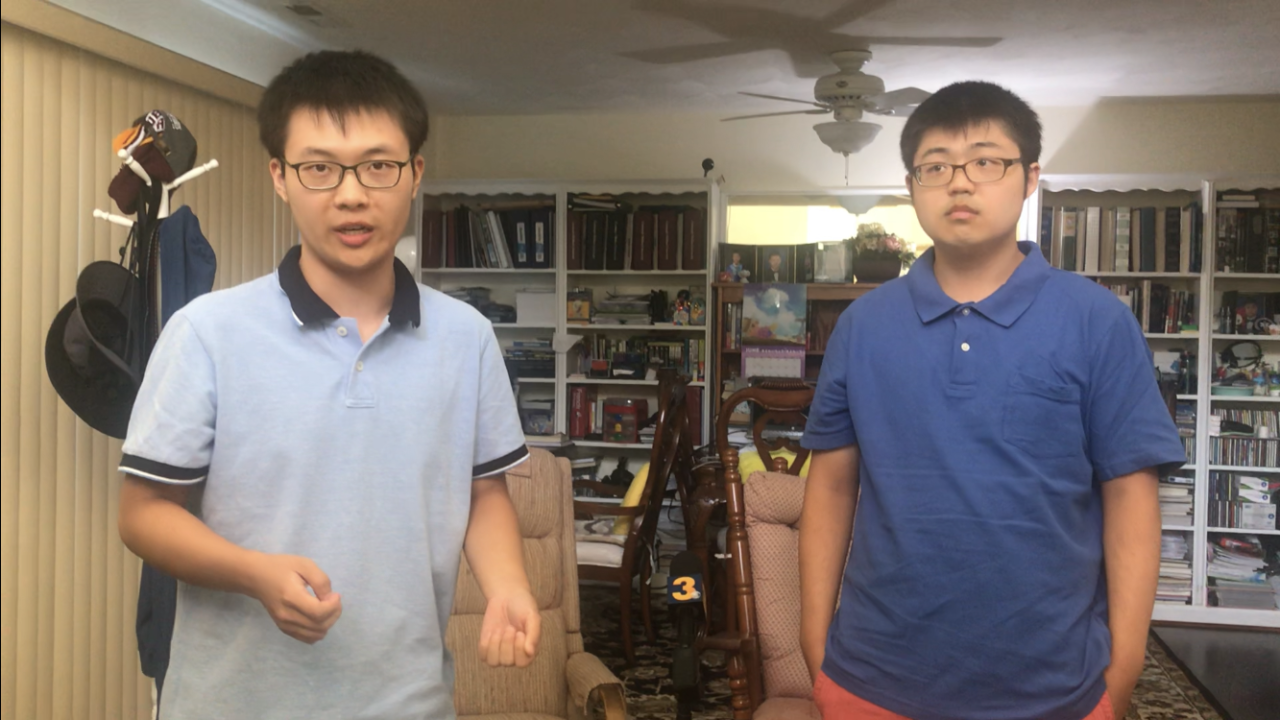 YORKTOWN, Va. - Face masks are still in demand, and two brothers are making them with such precision that one would think they are using special gadgetry.

They have the fabric, -- all bought with their own money-- string, pins, straps, and an iron. Something you will not see them use is a sewing machine.

"The reason we didn't use a sewing machine is because we wanted to put our hearts into this project," Jeffrey Beyon, one of the brothers, told News 3.

For Jeffrey and his brother, Sabian, it is all hand-powered, literally.

They decided to learn how to sew, as they were back home in Yorktown -- Their colleges closed to COVID-19. They said they thought creating masks for people in their community was the way to go to use their newly developed skills.

"We started looking around the on YouTube, some tutorials on how to sew," Jeffrey said. "We picked up some skills from that."

"Some of the struggles we definitely had to face was the iron because that's really hot. It took us a while to get over the heat," Sabian added. "The other one was with the needles, you had to be careful not to poke ourselves, but as we kept making them we started getting confident in ourselves."

The brothers are almost at 500 masks. They said it would take them roughly two to three hours just to make one mask when they first started.

Now, they said, within that same amount of time they can make roughly three masks.

"We got faster and faster and it eventually it became just a skill and a part of us," Sabian explained.

Also helping them is their mother. She would look over the finished masks and make any needed fixes before putting them in with the rest.

The masks would be placed in plastic bins with labels on them. The labels explain what the masks are made with.

"We're going to make masks for as long as this lock-down continues," Jeffrey said.

If you are interested in inquiring about their efforts or the masks, you can reach the brothers by email at jybeyon@aol.com.