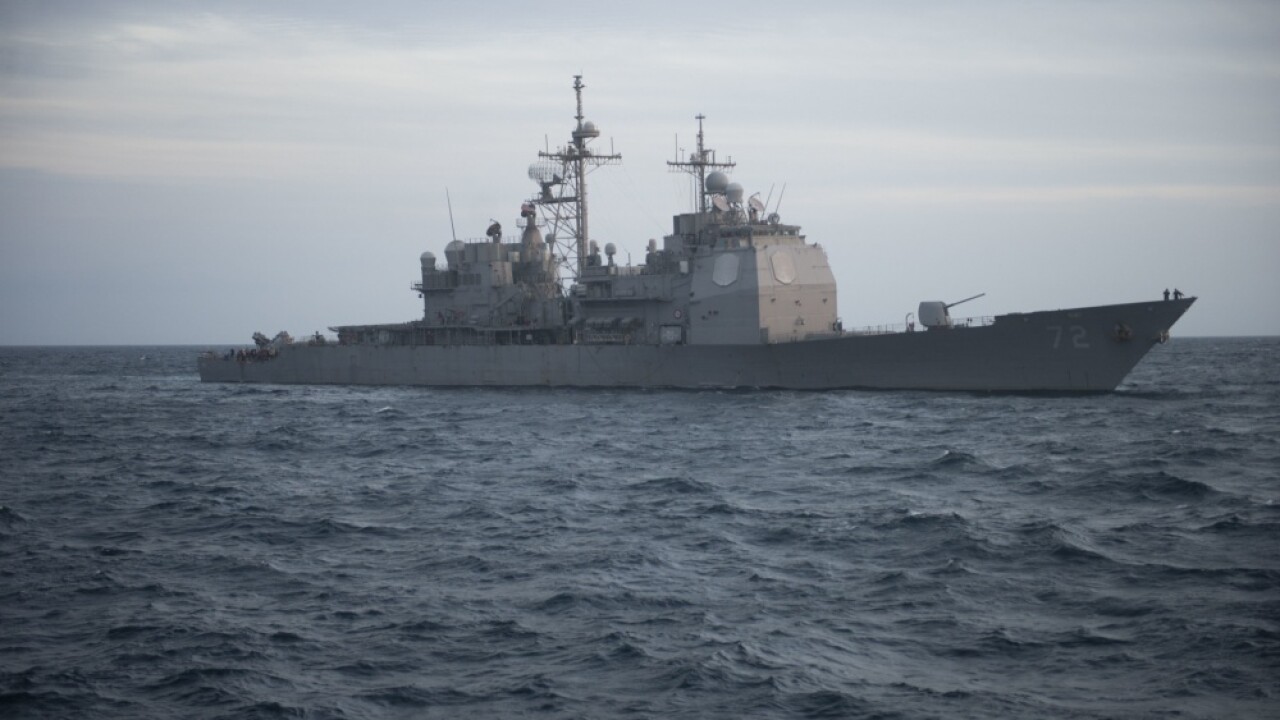 NORFOLK, Va. - The Navy says a Sailor on the Norfolk-based USS Vella Gulf has died on the ship overseas.

A spokesman for U.S. 6th Fleet tells News 3 the Sailor died Tuesday as the ship was operating in the Mediterranean Sea.

The name of the Sailor has not been released pending next of kin notification.

The Navy spokesman says the cause of death is pending investigation. Navy Times is reporting the Sailor died after falling down a ladderwell.

The Vella Gulf recently escorted three Military Sealift Command ships across the Atlantic in the first convoy exercise in the Atlantic since 1986.