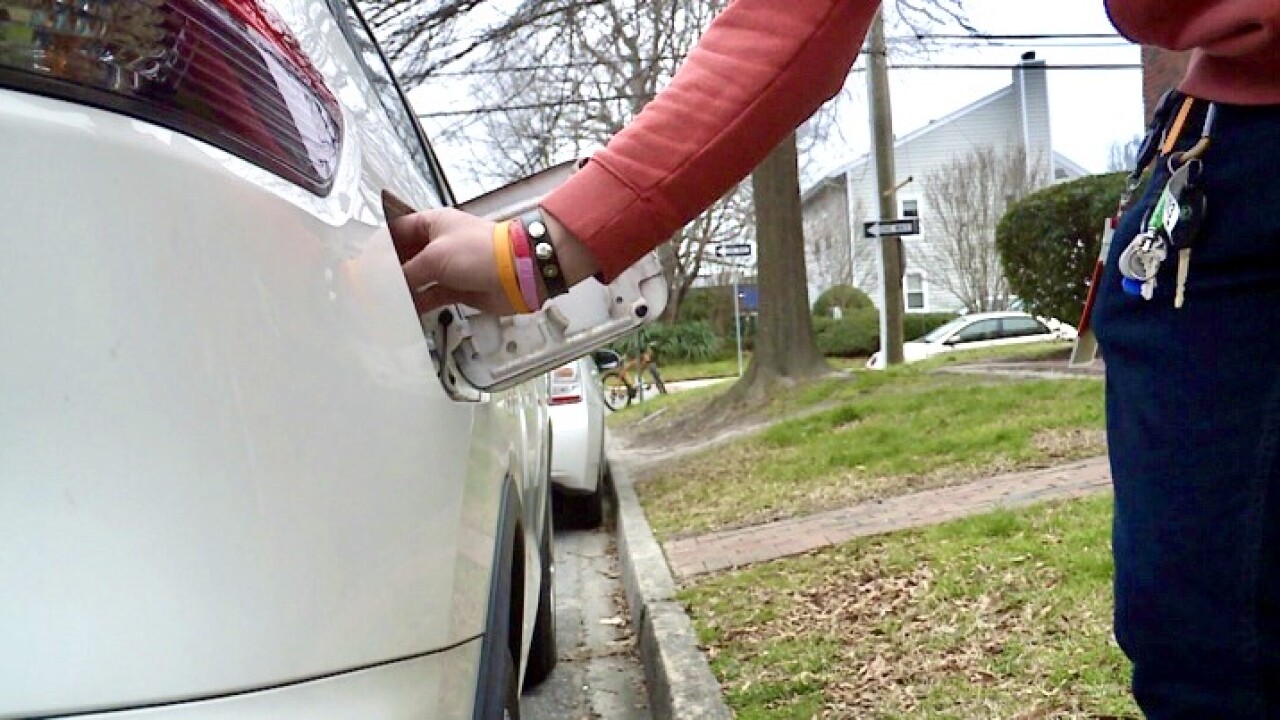 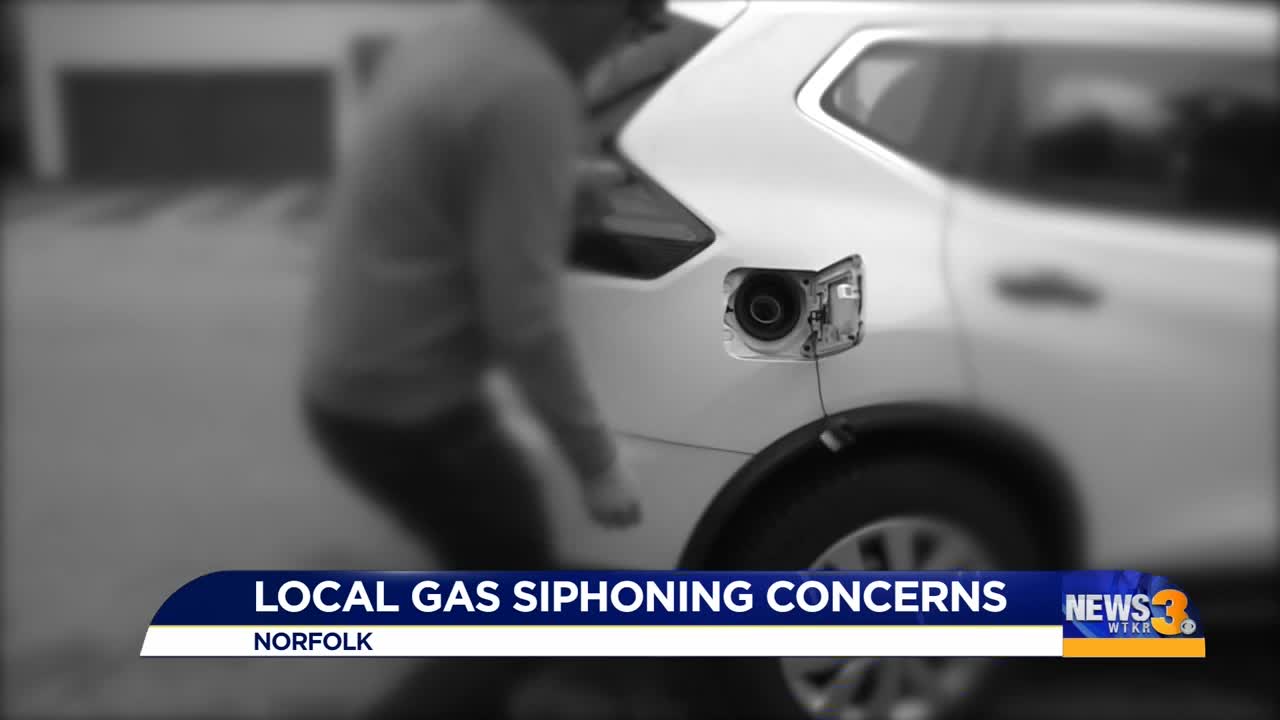 NORFOLK, Va. — A gas guzzler is getting away with gallons of stolen gasoline.

Neighbors in the Ghent section of Norfolk say a thief pumped the gas right out of their tank, leaving them infuriated and on “E.”

Jessica Sterling says she’s a victim of a greasy crime.

Sterling says her car was parked outside her home on Harrington Avenue when someone siphoned a full tank of gas from her vehicle.

“The gas cap was out hanging down just like a normal gas cap and the flap was still open.”

Around $30 drained— a small amount to some, but it’s a tough loss for a college student just trying to get by.

“I’m not the most wealthy person. I’m a dog walker.”

Sterling says she’s very good about locking her car and thinks someone pried open the flap to the car to get access to her tank.

“It was below a quarter after I just filled it up the day prior, so it was very noticeable that someone took all of my gas.”

None of Sterling’s neighbors were targeted; she thinks the thief didn’t need to take more than what they already got from her.

“I have a 14-gallon tank. They got a full tank out of me; that’s probably all they needed.”

Sterling says she still wanted to get the word out about the gas guzzler, so her boyfriend posted about what happened on the Nextdoor app. Others say she’s not the only victim.

“I was very shocked. I didn’t know that that still happened around here or at all in general.”

One person said it happened to them just a couple minutes away in Ghent.

Sterling hopes that by being vocal against petty crime will put an end to petty thieves.

“If you see something, please report it, because I can’t keep having this happen.”