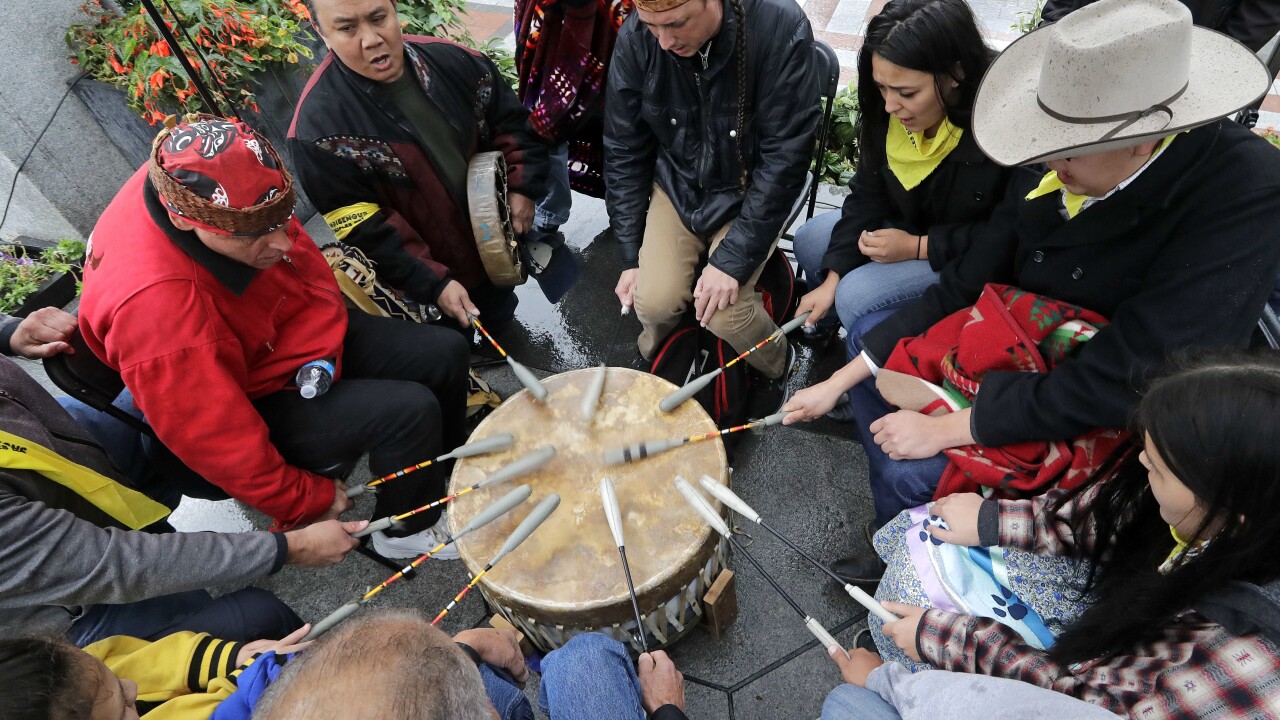 Copyright 2018 The Associated Press. All rights reserved
Elaine Thompson/AP
Native Americans and First Nations people join in on a drum circle during an Indigenous Peoples Day blessing and rally before a march Monday, Oct. 8, 2018, in Seattle. (AP Photo/Elaine Thompson)

NORFOLK, Va. – In honor of the first recognized Indigenous People’s Day in the Commonwealth of Virginia, the Pamunkey Indian Tribe announced that gaming revenue from the proposed Norfolk Resort & Casino will generate between $3.5 million and $4 million every year for the Virginia Indigenous People’s Trust Fund.

“As the only tribe eligible to operate a casino in the state, we are thrilled with the opportunities our proposed resort and casino can provide other native Virginians,” said Pamunkey Tribe Chief Robert Gray. “After suffering injustices for hundreds of years, casino gaming in Norfolk will help continue the process of reconciliation for some of the Commonwealth’s first disenfranchised groups. We know what this will mean in terms of new opportunities for our Tribe and that’s why we pushed to have a portion of gaming revenue taxes go to a fund to assist the other tribes.”

The fund will provide financial support—for purposes such as education, housing, health care, business development and other areas of assistance—to six of the state’s federally recognized Indian tribes.

The tribes include: the Chickahominy Indian Tribe—Eastern Division; the Upper Mattaponi Tribe; the Rappahannock Tribe, Inc.; the Monacan Indian Nation; and the Nansemond Indian Tribe.

In addition to the fund, a portion of casino gaming proceed, which casino officials say is estimated to be approximately $50 million annually, will go towards the construction of, renovations to or upgrades for Virginia public schools.