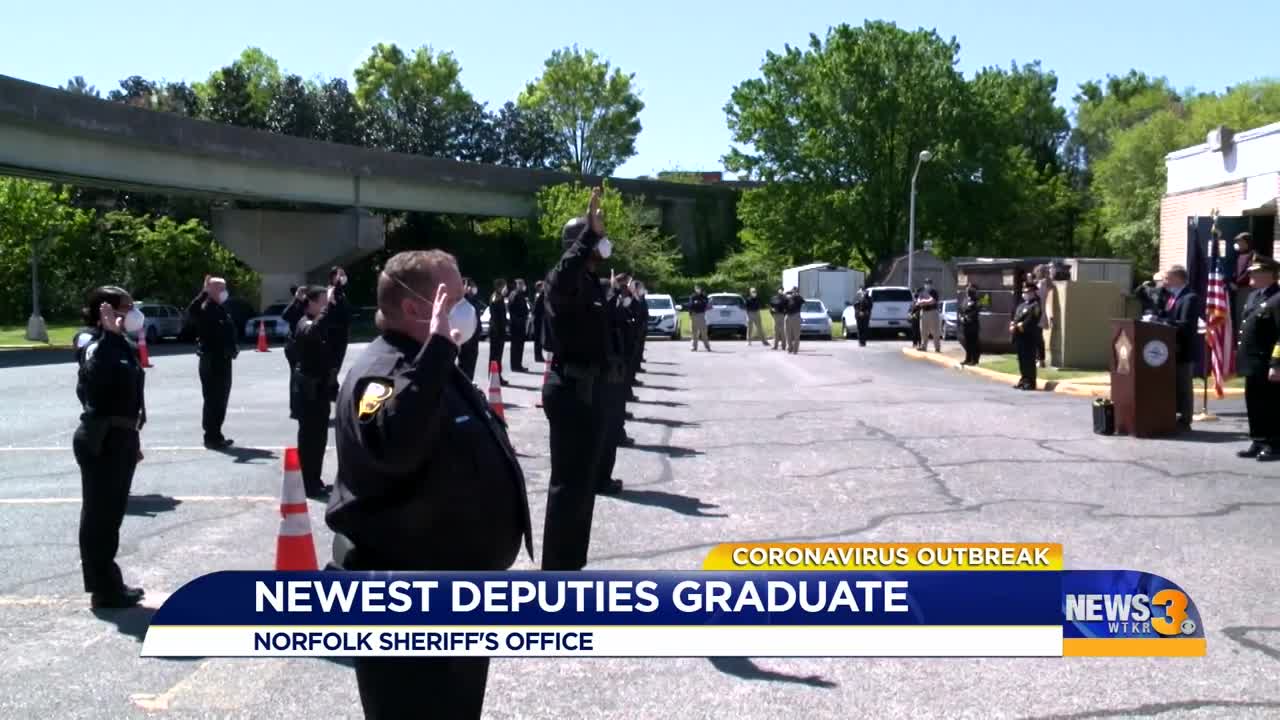 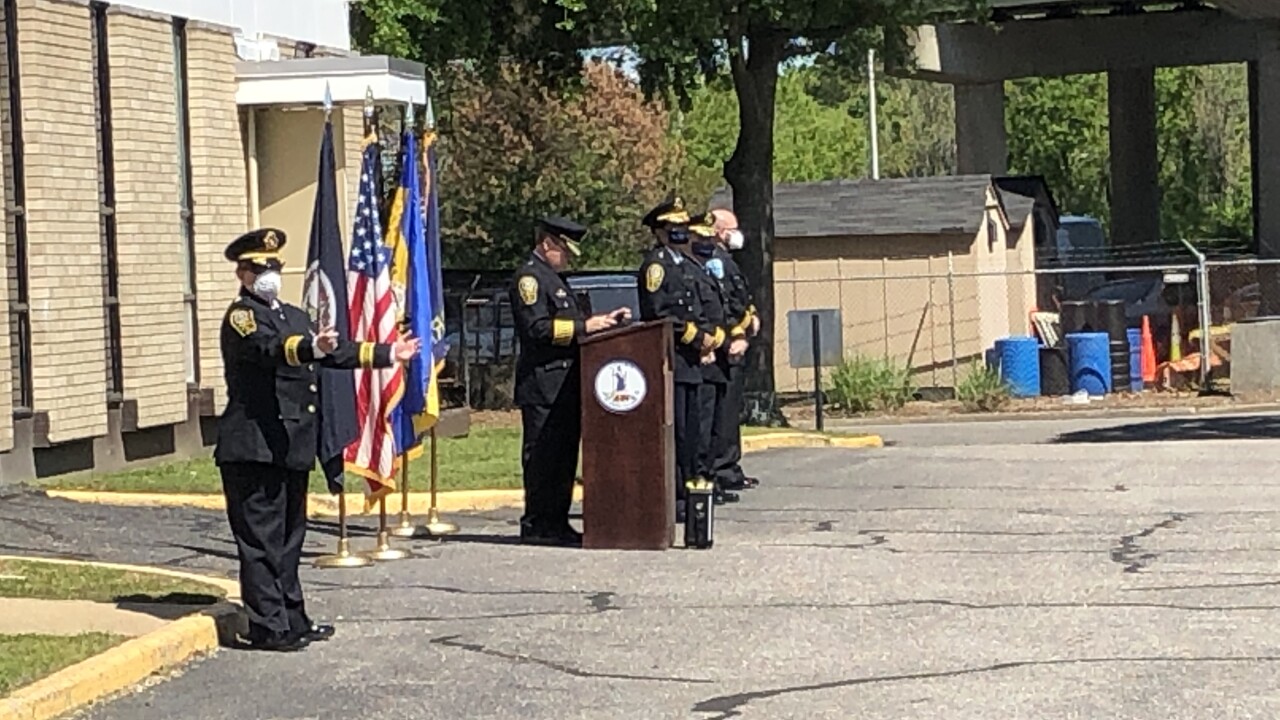 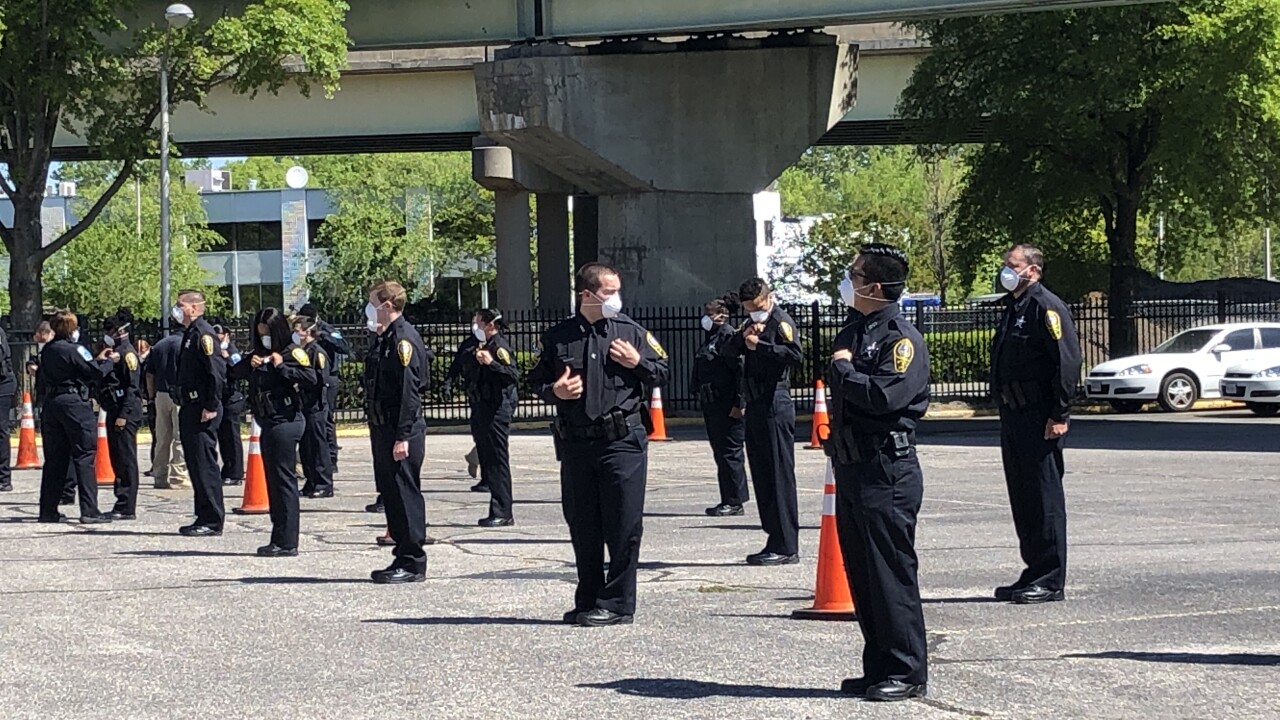 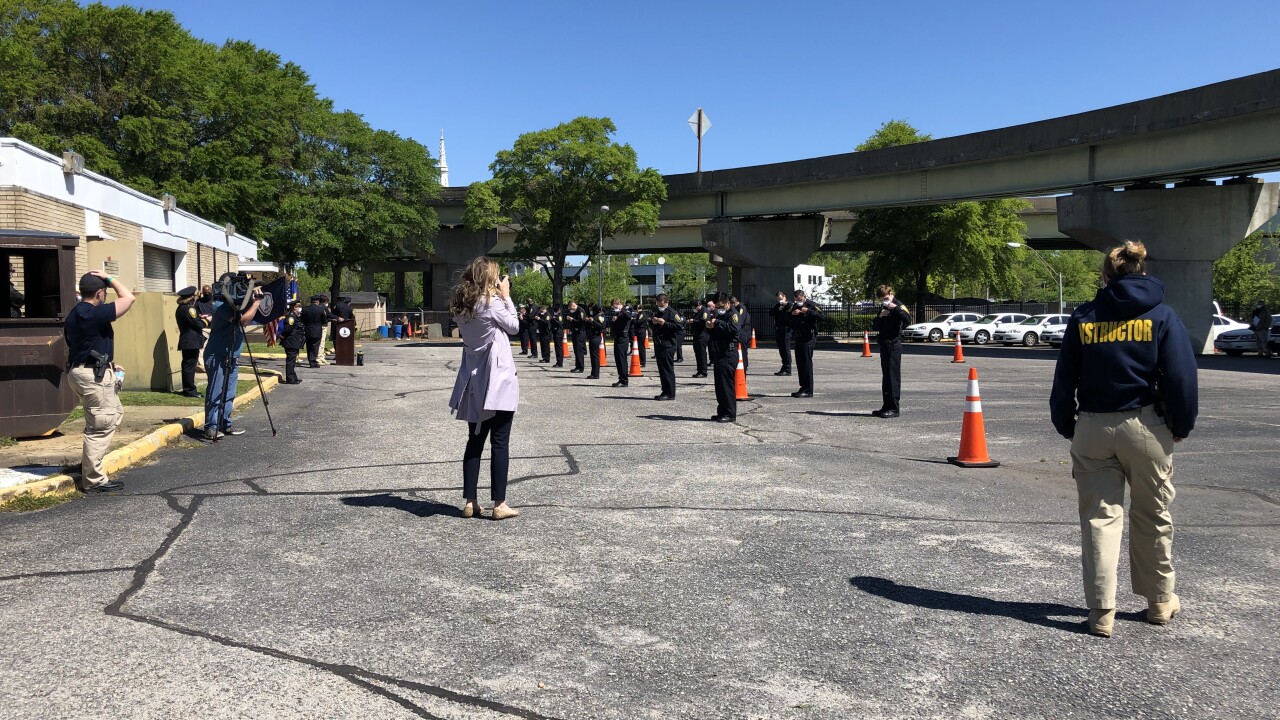 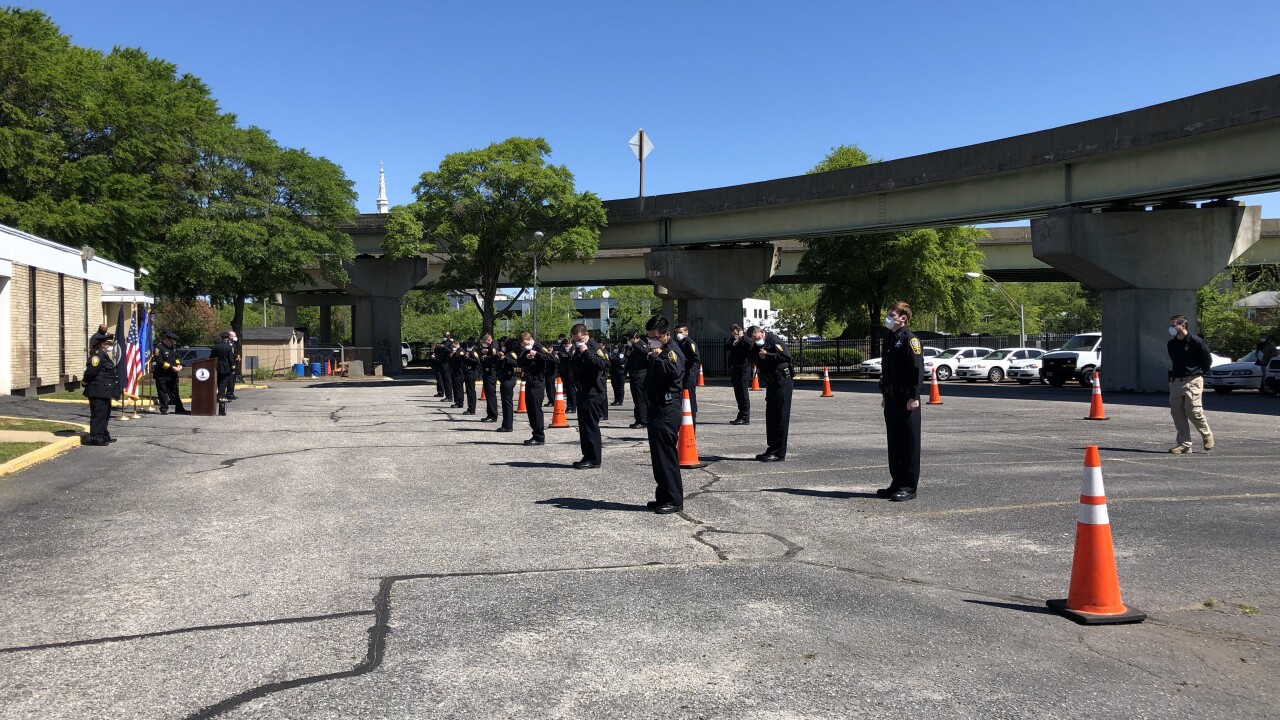 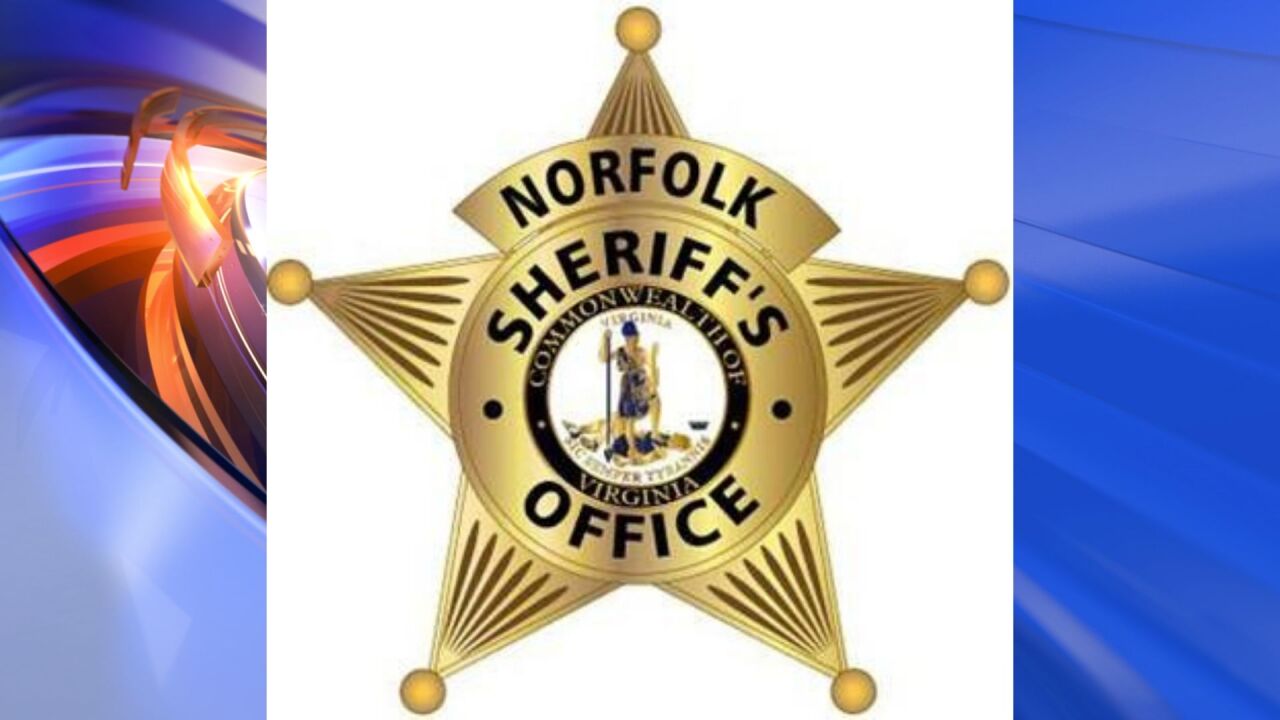 NORFOLK, Va. - The Norfolk Sheriff's Office normally has a big graduation for their recruits but due to the pandemic, the department made some changes to this year's ceremony.

The department had a swearing-in ceremony in the parking lot of the Norfolk Sheriff's Office.

At the ceremony, the graduates stood six feet away from each other and wore masks in order for the graduates to be issued their service weapons.

The graduates were administered the oath so they could get to work in the city jail.

“They will be standing in the parking lot six feet apart. They will have their badges on, they won’t have a pinning ceremony like they normally do,” said Sheriff Joseph Baron. “We needed to step up getting them completed in the academy so that we could have the swearing-in ceremony.”

There were 24 graduates in total. Four of them will serve with the Hampton Roads Regional Jail and the other 20 will officially be deputies for the Norfolk Sheriff’s Office.

For all things COVID-19 and for citizens concerned about deputies or inmates being sick, the sheriff's office will send out an update every Friday.

There will be no names listed due to privacy, but there will be an update on the number of positive cases affecting the Norfolk Sheriff's Office or inmates at the jail. For that information, click here.