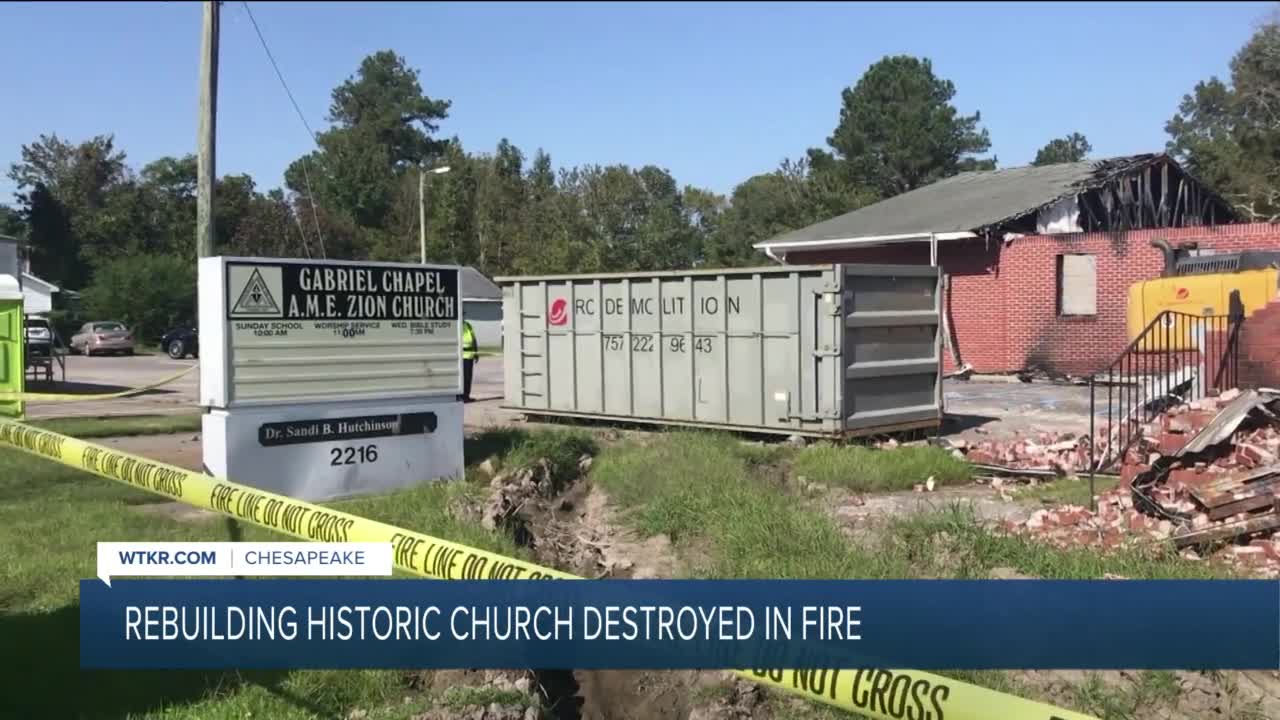 CHESAPEAKE, Va. - The congregation of the Gabriel A.M.E. Zion Church continue to mourn the loss of their church following a fire in August, but are picking up the pieces - and bricks left over from the historic church's original structure.

The bricks will be given away to the public in exchange for a monetary donation on Saturday.

Pastor Sandi Hutchinson told News 3 the money raised would be used towards rebuilding.

"They actually put them in a container in the back,” Hutchinson said. “They went through them so they could get really good bricks and some of them, because of the fire, when you pick them up they crumble, so we wanted to make sure we had good bricks."

Investigators said the church was struck by a lightning bolt as thunderstorms traveled overhead.

The church stood at its location for more than 100 years before Chesapeake became a city. Hutchinson said the bricks are from the original structure, and roughly 200 bricks were salvaged.

"Most of the people who attend this church now had parents, grandparents or great-grandparents who were married or baptized in this church, so for them it honors the legacy of their family,” Hutchinson said. “I have a member who is 106 years old and she wants to make sure she has some bricks."

The giveaway is Saturday from 2 p.m. to 3 p.m. The church is located at 2216 Long Ridge Road in Chesapeake. Donations and payments made by check should be made out to the Gabriel A.M.E. Zion Baptist Church.

Face coverings and social distancing are highly encouraged because of COVID-19 mandates.