Owner of presidential busts plans for the future of Williamsburg statues 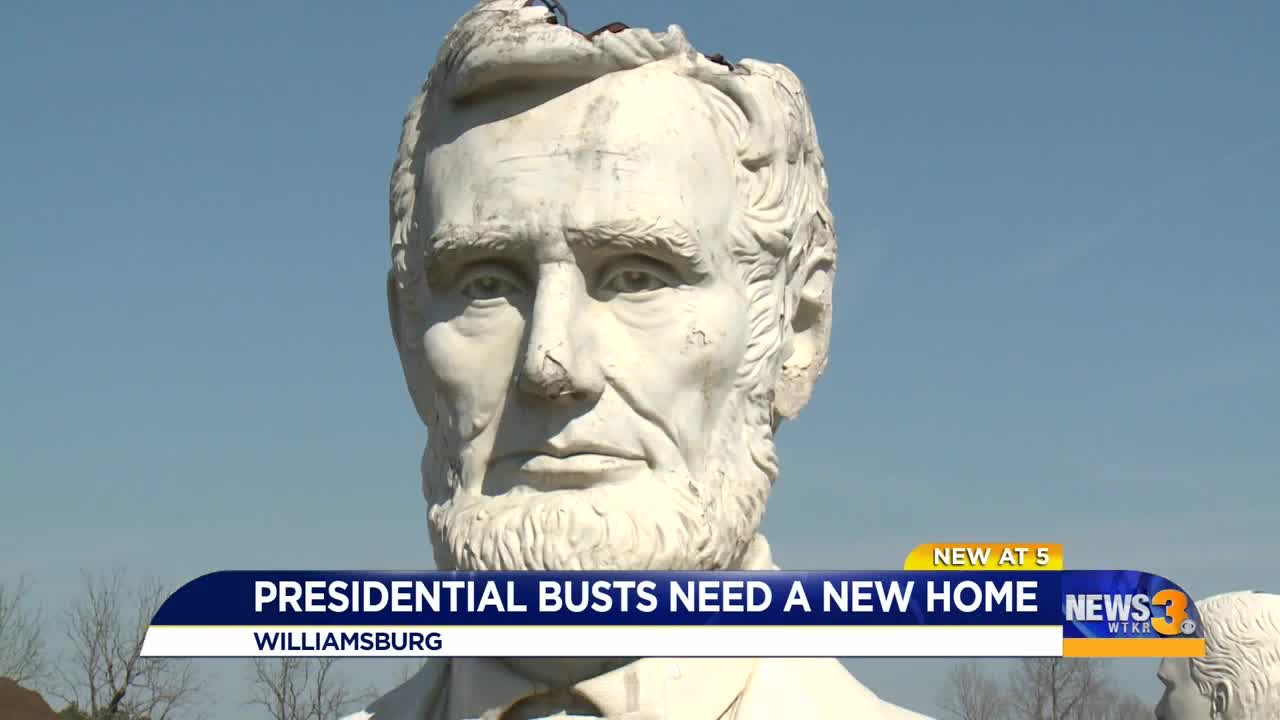 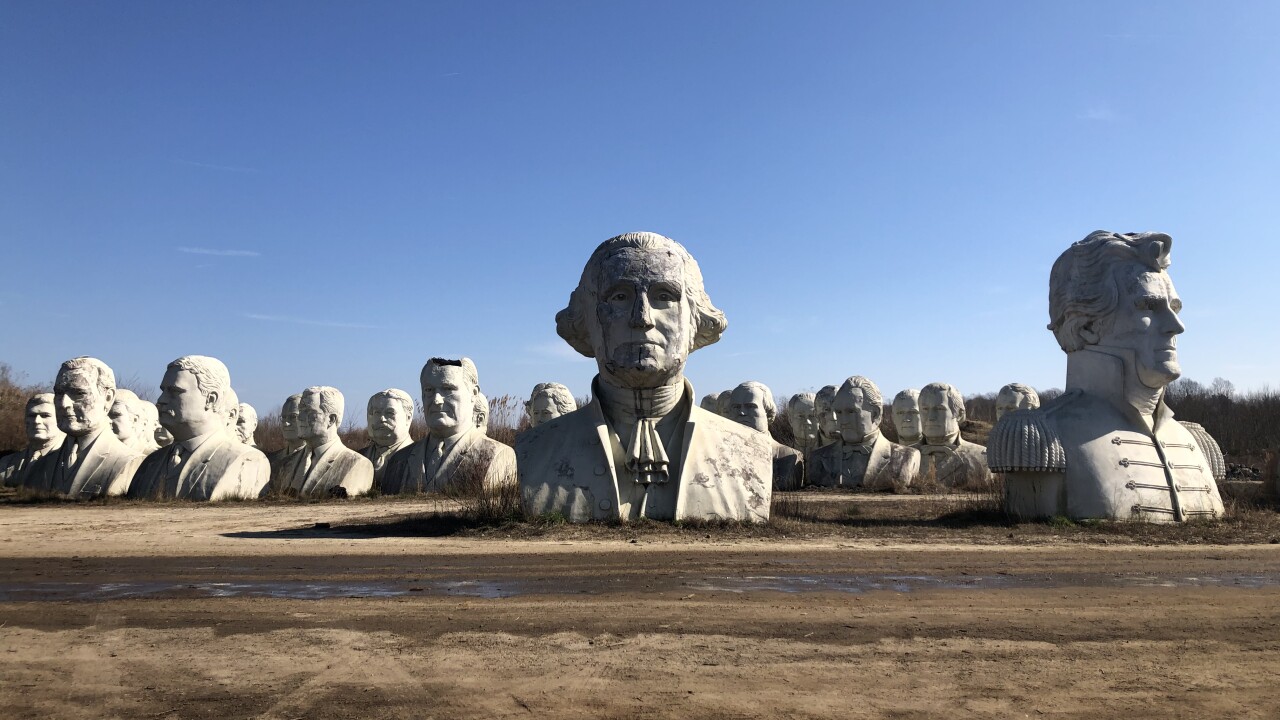 WILLIAMSBURG, Va. — While many Americans are remembering our nation’s leaders this President’s Day, the future of our former heads of state is still uncertain in Williamsburg, where their replica statues are withering away while waiting on a new home.

The statues weigh about 15,000 pounds, sit around 18 feet high and were constructed out of steel and concrete in 2004 by a man named David Adickes.

“They get along great; they never argue. I come out here and talk to them all the time,” he joked.

Hankins says partisanship isn’t a problem when people come to visit the statues of the historical figures.

“They rarely get one-sided political, but they do talk a lot about our country and what that and that president did,” he explained.

Howard Hankins allows visitors from all over the world to get a glimpse at these historical figures that now sit on his private land.

“My family goes way back in history, so they mean a lot to me. We fought in every war there is, and this is my fight to preserve these for the people of our county.”

The presidential busts used to live in President’s Park, but when the property was sold, Hankins decided to take the former commanders-in-chief with him instead of having them destroyed.

A hopeful Hankins has big plans for the busts, but there’s no concrete timeline for when - or if - the presidential statues will get a new home.

"I’m planning on [Interstate] 95 heading up towards D.C. - a really large park with a large hotel, indoor water sports, three museums and the statues throughout it.”

Hankins says he has plans to have President Obama and President Trump join the other 42 heads of states down the line.

People interested in seeing the busts up close can purchase tickets here.