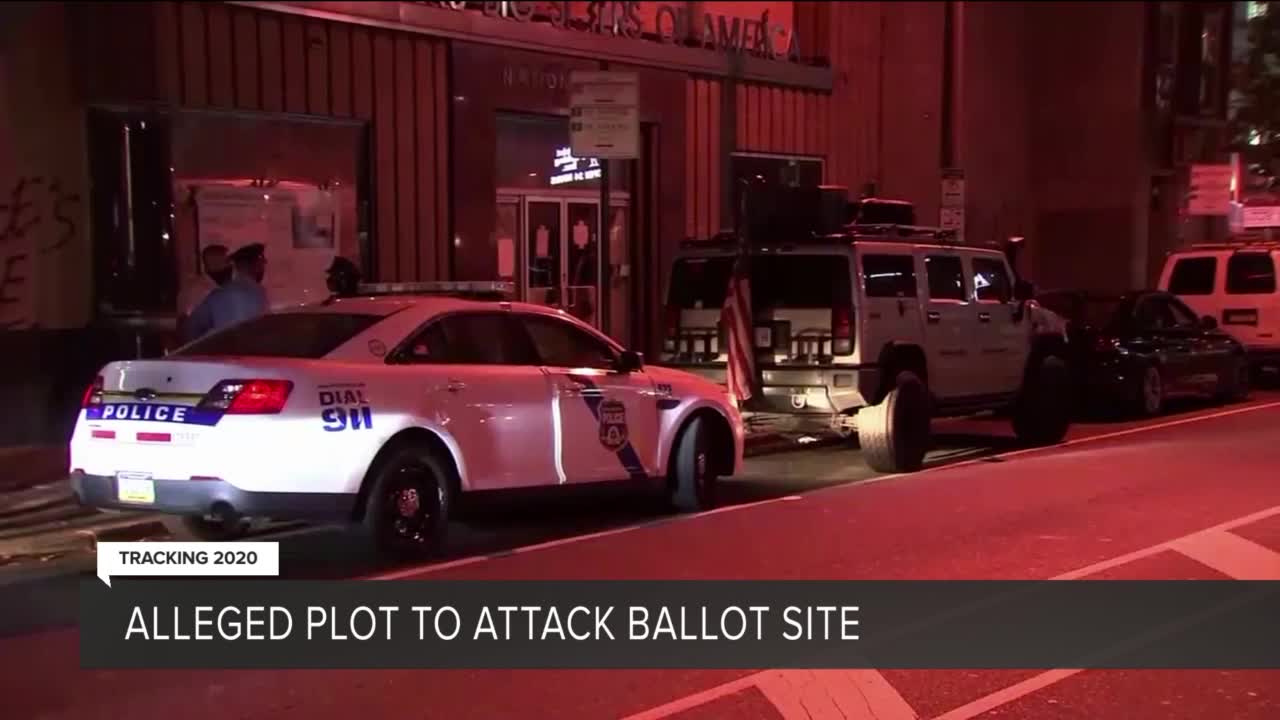 PHILADELPHIA - Philadelphia Police the FBI are investigating an alleged plot by two men from Chesapeake to attack the Pennsylvania Convention Center, where votes are currently being counted.

Police reportedly received a tip from Norfolk FBI about armed individuals driving from Virginia Beach to the Philadelphia convention center in a silver Hummer. The Hummer was discovered parked unattended, and police spoke to two men, both carrying firearms, who said the vehicle belonged to them.

Police say another semi-automatic AR-15 style rifle was found inside their vehicle with at least 160 rounds of ammunition.

The men did not have licenses to carry firearms, and were both arrested.

The hummer also had a sticker on it promoting QAnon, a far-right conspiracy theory, but the men are not known members of any extremist group.

The City of Chesapeake confirms that Lamotta was a facility maintenance technician from 2014 - 2019.

Macias and Lamotta were arraigned Friday night, CBS Philly reported. According to the station, prosecutors said text messages showed the two expressing concerns about the vote counting happening at the Convention Center and saying they were “coming to deliver a truck full of fake ballots to Philly.”

The comes as the Pennsylvania Convention Center became a flashpoint for protesters supporting both presidential candidates.

The presidential race hangs in the balance of the battleground state, where Joe Biden pulled ahead of President Donald Trump Friday to gain a narrow lead as absentee ballots continue to be counted across the state.