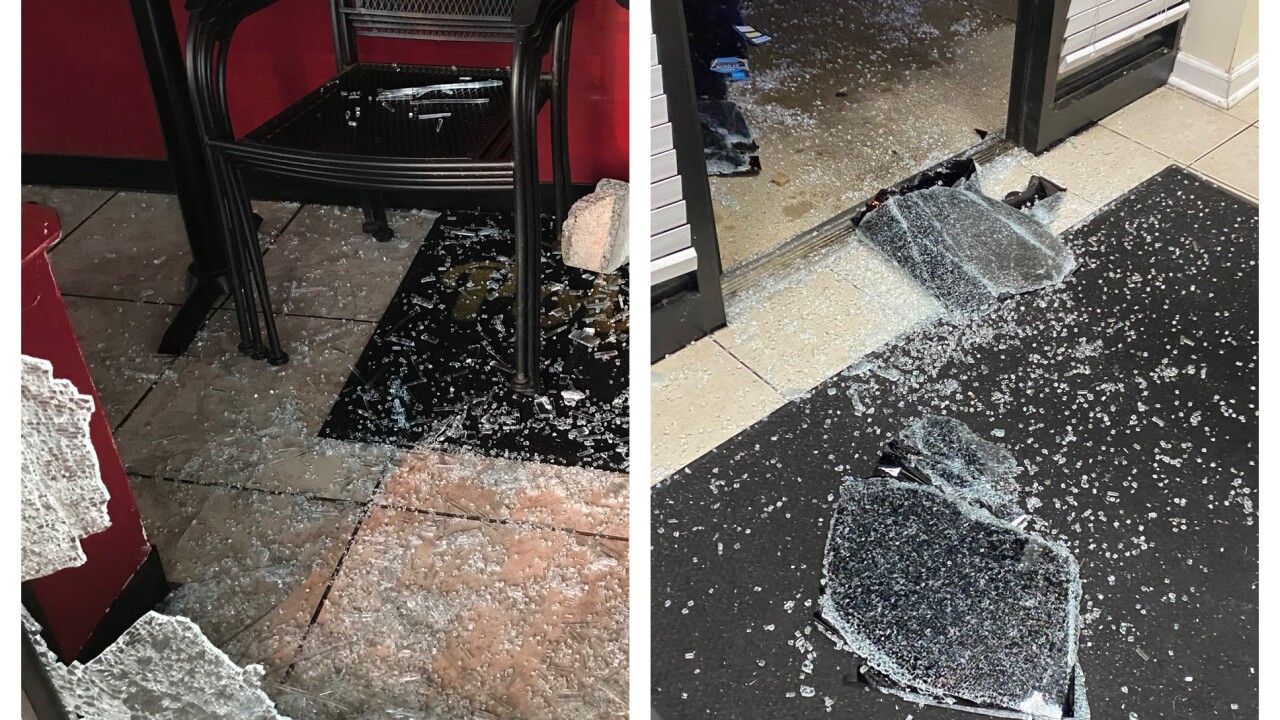 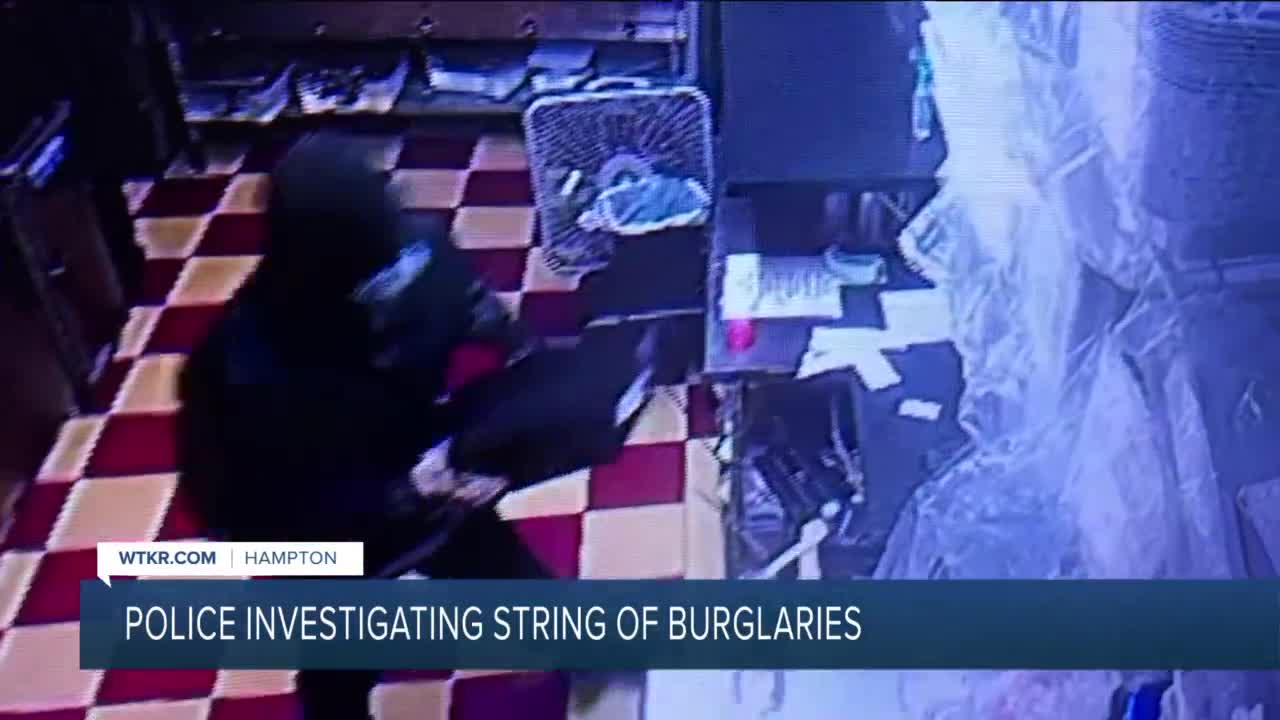 HAMPTON, Va.—Hampton Police are investigating a string of business burglaries.

At least eight different locations have been hit in less than two weeks.

Bowman’s Soul-N-The-Wall is surviving the pandemic thanks to loyal community support, but times have been tough - and things just got even tougher.

Bowman says someone used a brick to smash open the front door and stole the register.

Bowman was finally able to replace the register Wednesday. He says there was less than $50 in the drawer, but he’s out almost $1,500 dollars just for the door.

“This is devastating to have somebody do this to me,” said Bowman.

Bowman is just one of several business hit during a series of recent “smash and grab” burglaries.

Ten minutes away on Mercury Boulevard, Polly’s Soul Food Restaurant became one of the most recent victims.

Owner Latoya Swittenberg-Johnson shared video of the thief who broke in with a cinderblock and quickly made their way around the counter with two registers before walking out the door in less than a minute.

Investigators are considering the possibility that the crimes are connected, but say they aren’t ruling anything out.

He worries someone eventually is going to get hurt. He’s willing to open his door to whoever smashed it in if it means putting an end to the damage and destruction.