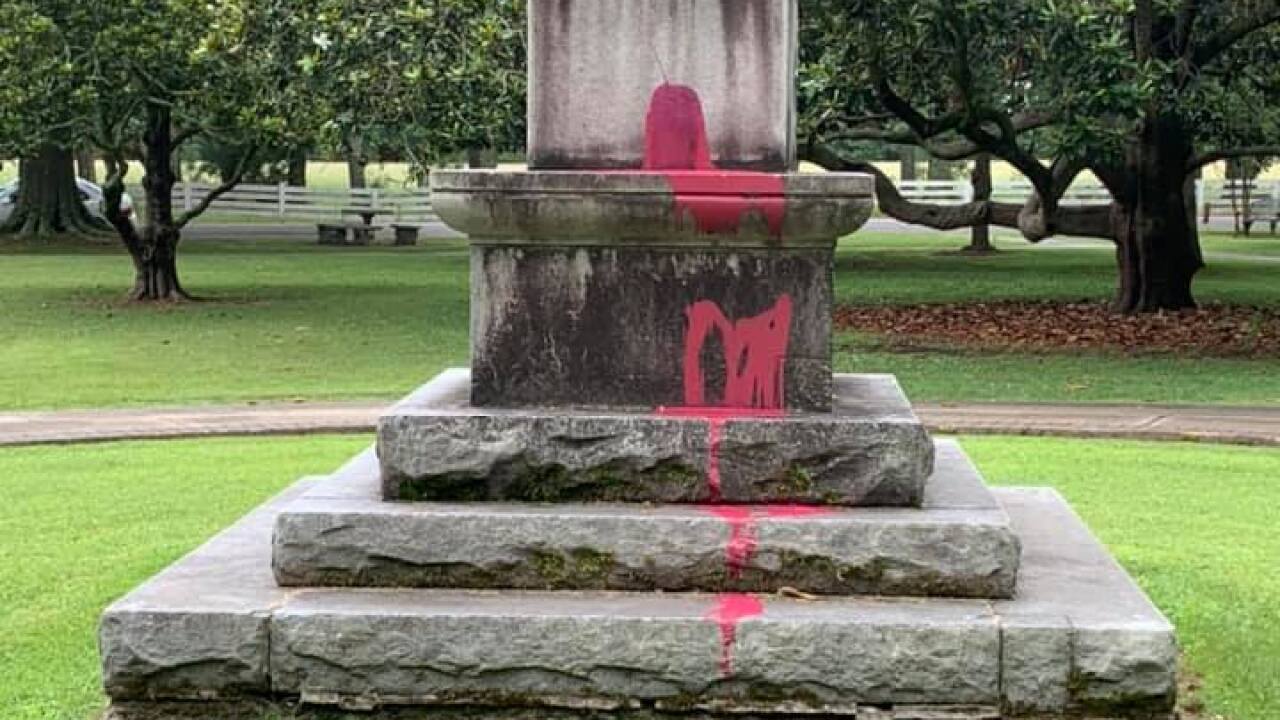 FRANKLIN, Va. - A monument that sits in a Franklin park was vandalized overnight, and police are trying to find whoever is responsible.

Franklin Police shared a photo of the monument, which looks like it had been covered in red spray paint.

The monument is located in the park on Clay Street. Police say the vandalism happened overnight into early Thursday morning.

Amid the ongoing national conversation surrounding race and police brutality, protests across the U.S. and here in Hampton Roads have led to a renewed debate on what to do with Confederate monuments in local cities. The monument in Downtown Portsmouth, which was also covered in spray paint, was the center of a nearly-deadly protest that left one demonstrator seriously injured.

If you have any information about who may have done this, you are asked to contact the Franklin Police Department at (757) 562-8575.