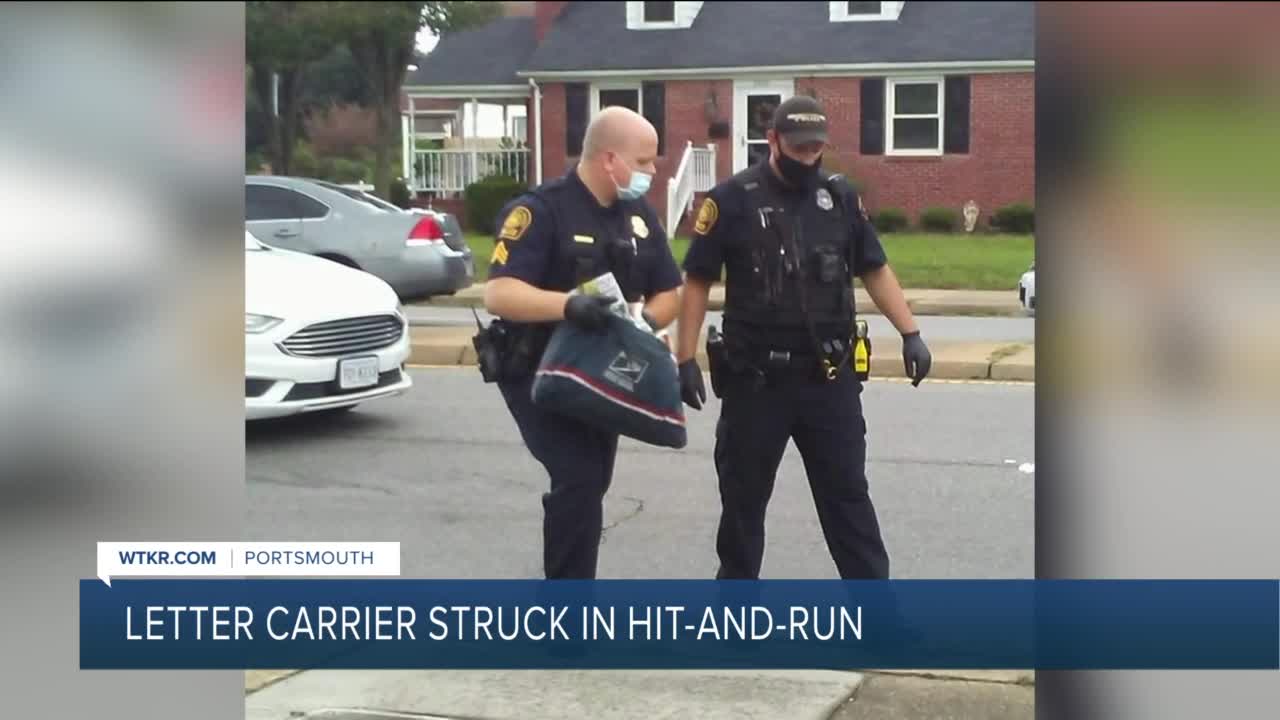 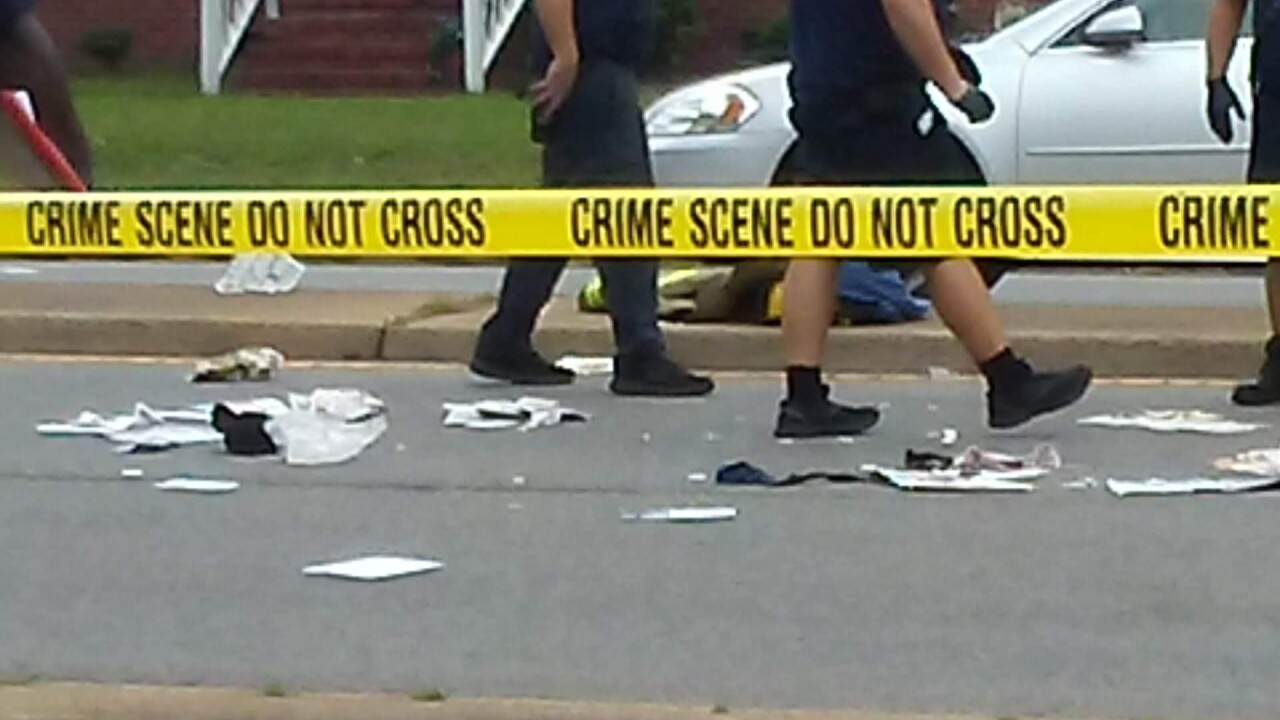 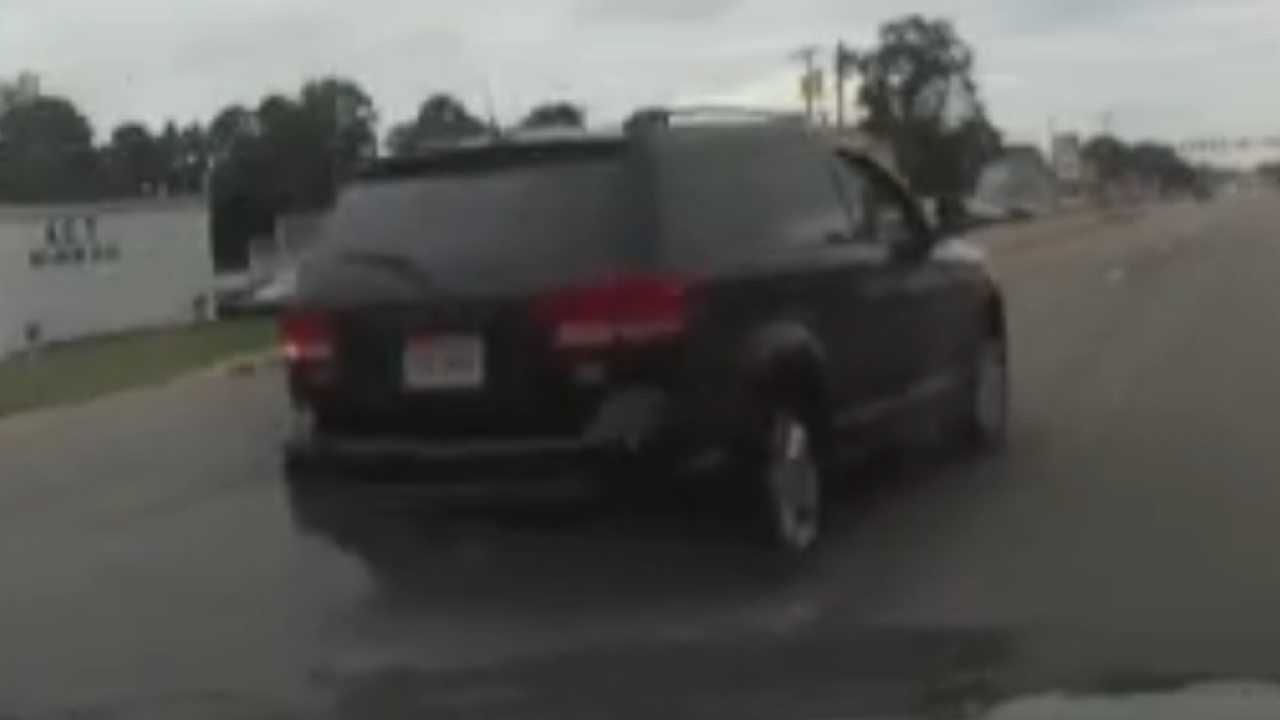 PORTSMOUTH, Va.— A hit-and-run in Portsmouth is leaving residents shaken up.

Police say a driver hit a US Postal Service letter carrier and drove off, after seriously injuring her. Those injuries later lead to her death.

Judi Gould was overcome with emotion Tuesday afternoon as a witness to the aftermath of a hit-and-run.

She says her beloved letter carrier was struck down in the middle of the street near Airline Boulevard and Caroline Avenue while delivering mail on her route.

Police say the 44-year-old was crossing Airline Boulevard when she was hit by a vehicle just before 11 a.m.

Police are looking for the driver of a black Dodge Journey that flagged down an officer about the crash. They are asking for the public to share any images from Alexander's Corner to Rodman Avenue between 10:45 a.m. and 11 a.m. Tuesday.

The United States Postal Inspection Service is offering a reward of up to $50,000 to anyone with information that could lead to an arrest.

“She is like the most upbeat mail carrier. It was raining and she still was just glowing, just walking as fast as she could,” said Gould.

She says it was only minutes after she saw her bubbly letter carrier that she heard the sirens.

“The police were out there picking up all the mail and trying to gather it, and all you do is just watch them.”

Gould watched nearby as first responders worked desperately to find signs of life.

“They tried for the longest time to revive her. I’ve never seen them try so long and so hard, and she just wasn’t moving.”

Multiple neighbors say the intersection at Airline Boulevard and Caroline Avenue is a trouble spot and say something needs to be done about cars flying through the area.

Now, Gould is pleading for someone who may have details about the driver who left the scene or their vehicle to come forward.

“I’m begging, somebody - please hold somebody accountable for this lady’s life, please.”

In the meantime, she’ll be thinking of victim’s family, hoping they get closure before the holidays.

“If you did it, and you know you did, it was an accident; please come forward. God forgives, and so do people. Just don’t be a coward.”