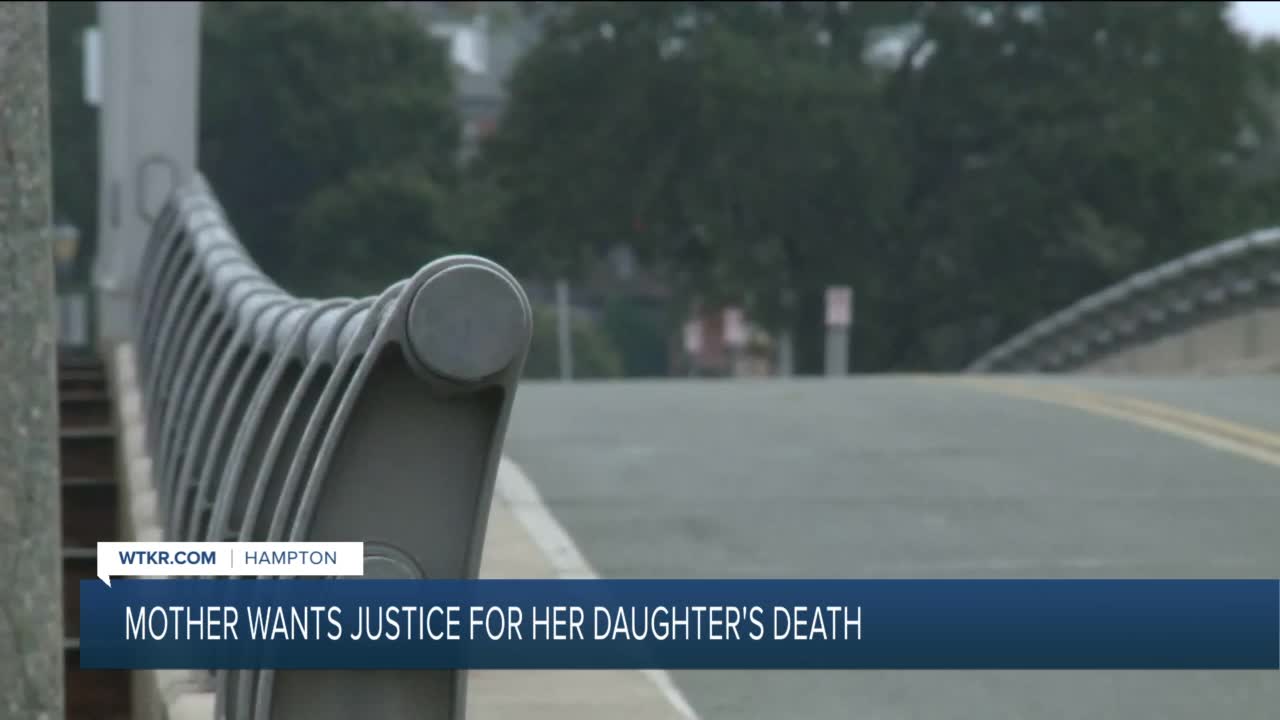 HAMPTON, Va.— A grieving mother is pleading for help to find the hit-and-run driver who killed her daughter in Hampton. She’s speaking out for the first time to News 3 on the heels of the one-month anniversary of her daughter’s death.

“I’m in the anger stage, and 10 minutes ago I was in a different stage: Sad,” said O’Neill.

She wants people to know she’s angry, and she’s determined to find her daughter’s killer.

“This person is going to get caught. If I have to hire a private investigators, this mom is not letting go.”

O’Neill brought an obituary to leave on the flower-covered bicycle to remind anyone who walks past the memorial who Kelly Respess Kercheval was.

Saturday marks the one-month anniversary of when Respess Kercheval was killed by a hit-and-run driver.

Police are still looking for leads to track down the person who left the 36-year-old to die alone.

“This person hit my daughter and killed her, possibly stopped the car from what we understand, looked back and then took off as she laid in the street,” said O’Neill

Police say Respess Kercheval was riding her bike across the Mellen Street Bridge near Fort Monroe when a driver hit and killed her around 8:30 p.m. on August 26. They’re now looking for a 2006-2012 silver Mercedes SUV.

O’Neill asking anyone who may know anything about a vehicle fitting that description that was damaged during that timeframe to come forward.

“This car could be gone by now,” fears O’Neill. “It could be on a parking lot somewhere and I’m asking people to check parking lots, to check the auto repair shops—to think outside the box.

The Norfolk native leaves behind an 8-year old daughter and a four-year relationship.

The family is offering a $3,000 reward to anyone who can lead police to the person responsible. They say they won’t stop fighting until justice is served.