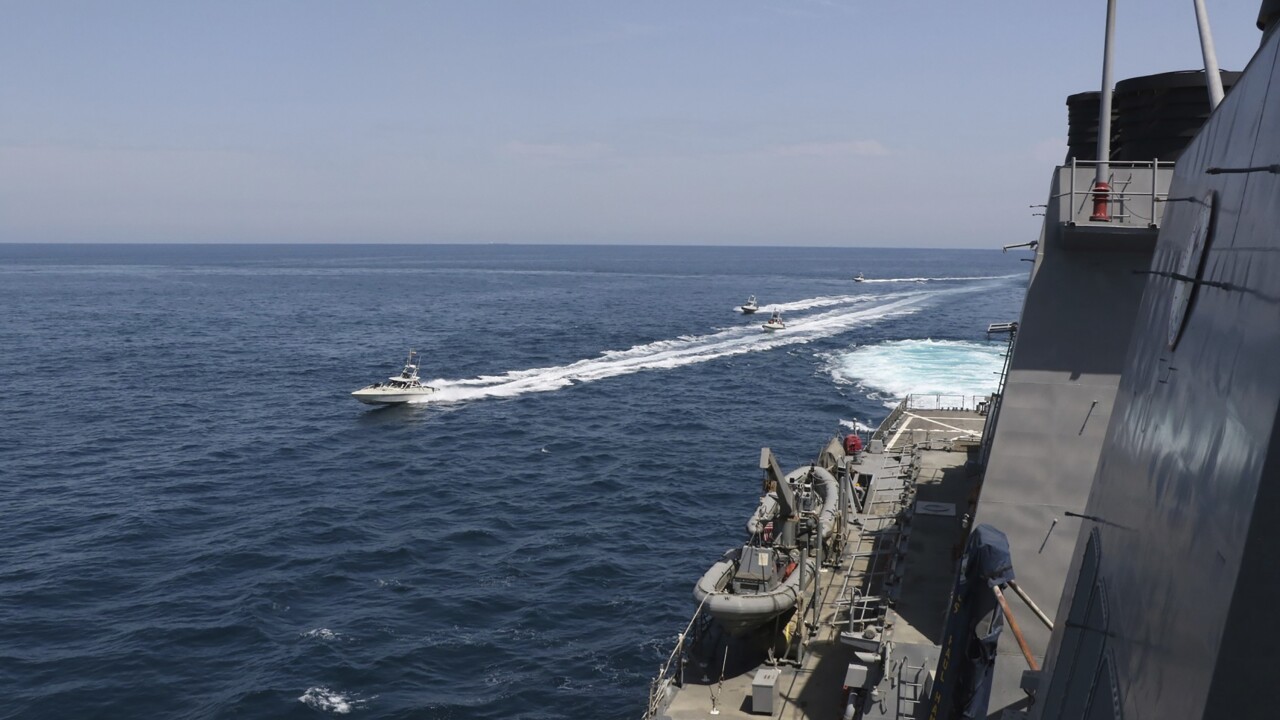 AP
In this Wednesday, April 15, 2020, photo made available by U.S. Navy, Iranian Revolutionary Guard vessels sail close to U.S. military ships in the Persian Gulf near Kuwait. A group of 11 Iranian naval vessels made "dangerous and harassing" maneuvers near U.S. ships in the Persian Gulf near Kuwait on Wednesday, in one case passing within 10 yards (meters) of a U.S. Coast Guard cutter, U.S. officials said. Iranian officials did not immediately acknowledge the incident. (U.S. Navy via AP)

On Wednesday morning President Trump tweeted instructions to the US Navy.

He said, "I have instructed the United States Navy to shoot down and destroy any and all Iranian gunboats if they harass our ships at sea."

Earlier in April the U.S. military accused Iranian naval vessels of making repeated “dangerous and harassing” approaches to U.S. ships in the Persian Gulf near Kuwait.

In a written statement, U.S. Naval Forces Central Command in Bahrain says 11 vessels of the Iranian Revolutionary Guard Corps maneuvered near the U.S. vessels while they were operating with U.S. Army Apache attack helicopters in international waters.

It says the Iranian boats repeatedly crossed the bows and sterns of the U.S. ships at close range and high speeds. In one case an Iranian vessel came within 10 yards of a U.S. vessel.

Iranian officials did not immediately acknowledge the incident.

Iran's state news agency has also recently said that the paramilitary Iranian Revolutionary Guard has announced a significant upgrade in the range of its anti-warship missiles.

The Guard said Monday it now possesses surface-to-surface and subsurface missiles with a range as high as 700 kilometers (430 miles), according to its top naval officer.